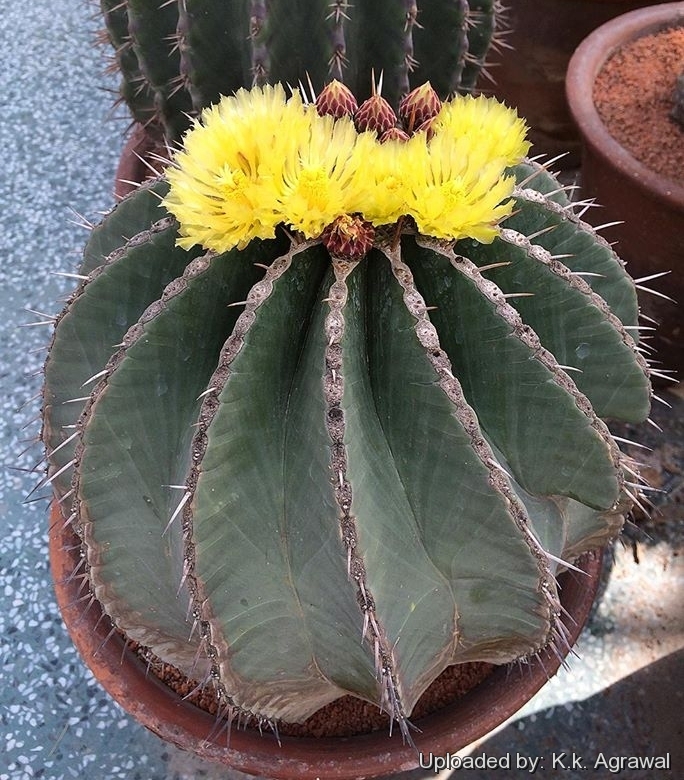 Origin and Habitat: Mexico (Central & northern Sinaloa, Sinaloa)
Altitude: 30 to 200(-300) metres above sea level.
Habitat and Ecology: The species is poorly known taxonomically and ecologically and probably grows in xerophyllous scrub. The threats for this species are unknown.
The habitat of Ferocactus schwarzii is home to succulent flora and is particularly rich in local endemics such as: Mammillaria marksiana and Echinocereus subinermis.

Description: Ferocactus schwarzii is a solitary slow growing barrel cactus that becomes nearly spineless when old making it a handsome plant. At a first glance the mature specimens looks more like a Echinocactus than a Ferocactus.
Stem: Deeply grooved and bright green, up to 80 cm tall, 50 cm in diameter
Spines: Younger plants have usually 4 to 5 (or more) gold coloured spines. As they age the number of spines decreases to 0-2. The spines are needle-like, and are different than of most Ferocactus.
Flowers: Yellow 10 cm in diameter.
Blooming season: This species blooms relatively early, when it reaches 12 cm in diameter.
Remarks: The particular characteristic of this species is that the number of spines decrease as the plant ages. 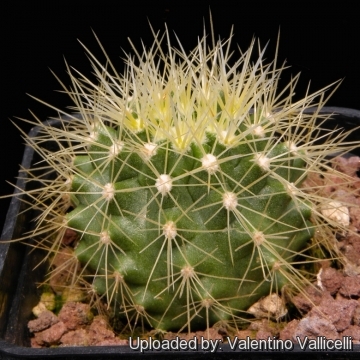 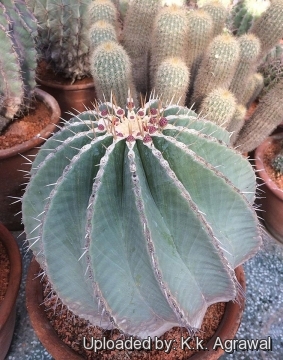 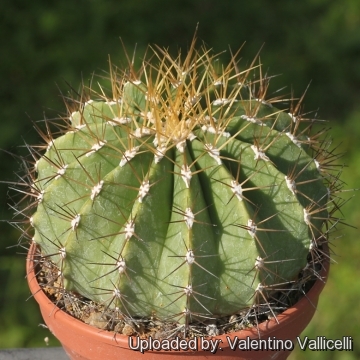 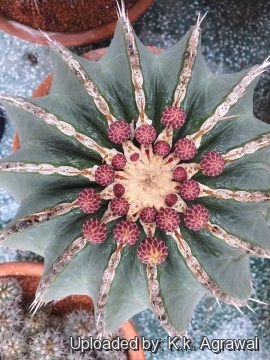 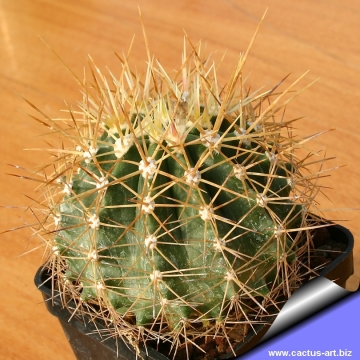 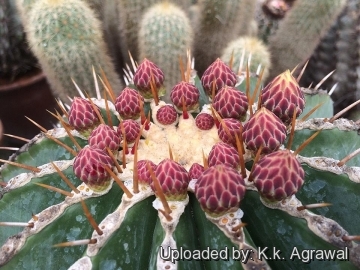 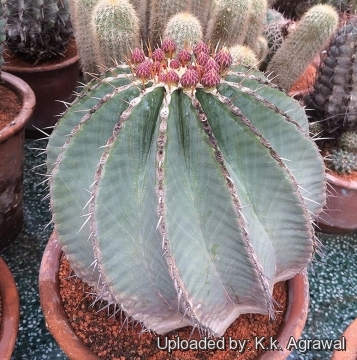 Ferocactus schwarzii Photo by: K.k. Agrawal
Send a photo of this plant.

Cultivation and Propagation: Slow growing to start but does well under cultivation. Use very draining soil, water during the aestival growth cycle (this plant need plenty of water) But needs to be avoided wetting the bodies of these plants while they are in sunlight. A wet cactus in the sun light can cause sun burning which can lead to scars or even fungal infections and death.
Needs full sun. Keep dry at 10°C in winter, but can tolerate sporadic light frost.
Propagation: Seeds are the only way of reproducing.