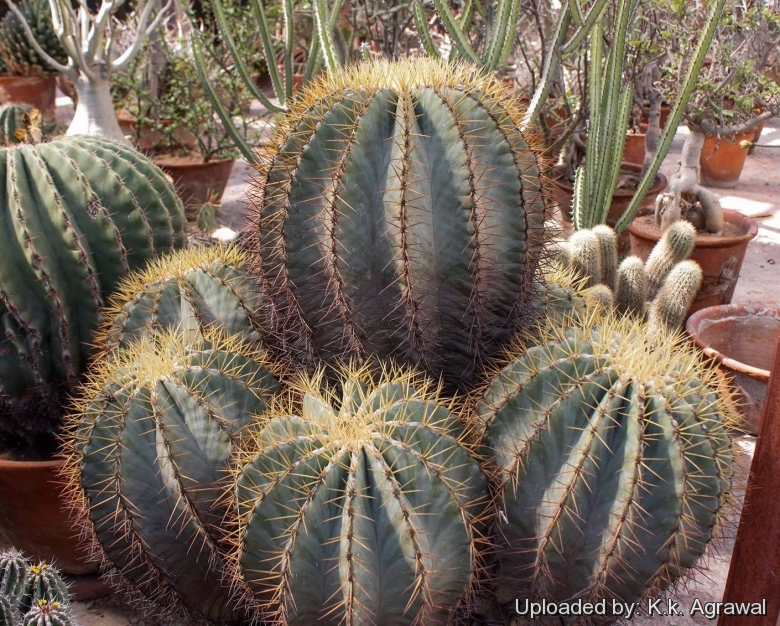 Ferocactus glaucescens Photo by: K.k. Agrawal
This Ferocactus stands out from the other species. The spines are rather neatly distributed, and the unusual-looking white fruits are unmistakable. Though it can reach over 45 cm in diameter, it will nonetheless flower perfectly well in an 20 cm pot. It can be a very neat, compact and attractive addition to any collection. 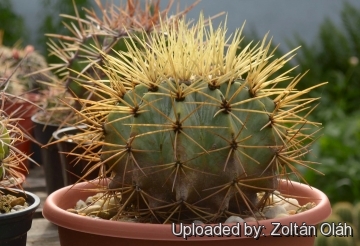 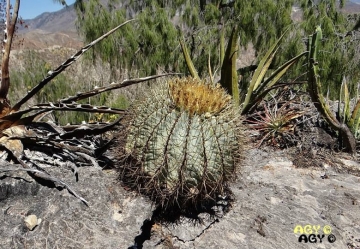 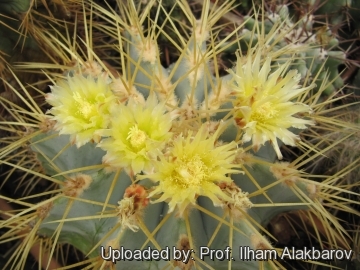 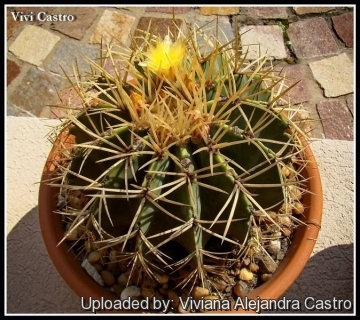 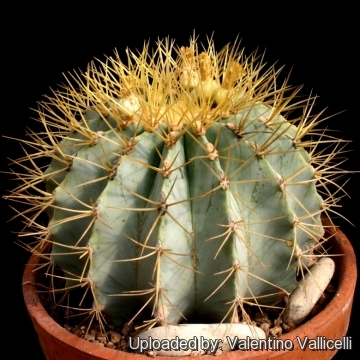 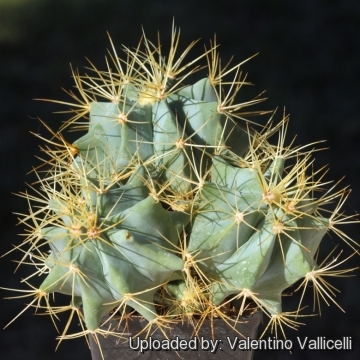 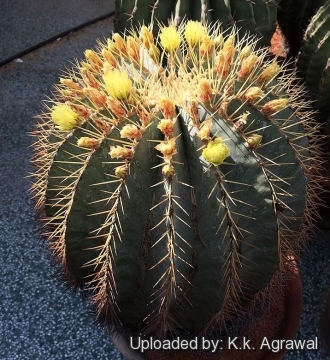 by Viviana Alejandra Castro
There are a total of 15 Photos.
Click here to view them all!
Cite this page: "Ferocactus glaucescens" Text available under a CC-BY-SA Creative Commons Attribution License. www.llifle.com 14 Nov. 2005. 25 Feb 2021. </Encyclopedia/CACTI/Family/Cactaceae/1532/Ferocactus_glaucescens>