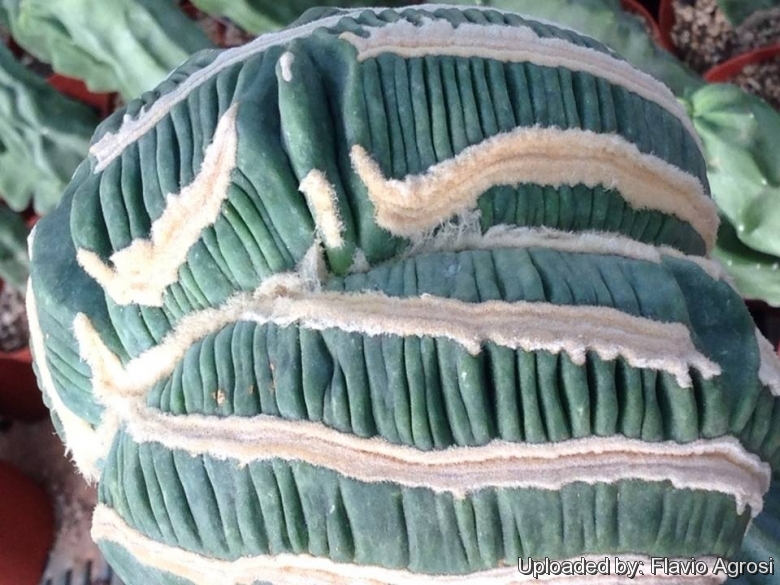 Description: Ferocactus glaucescens f. nudus cristatus monstuosus clone B is a rare crested form of Ferocactus glaucescens cv. Split Rock (a.k.a. forma mostruosa nuda) is a strange crested cactus that forms a beautiful irregular fan-shaped stem, that looks like an old weathered rock.
Stem: Glaucous grey stems, but the epidermis of this cultivars starts soon to split open assuming the appearance of a rock surface. The stem slowly grows up to 50 cm in diameter and may form an irregular mound as it ages.
Ribs: Very irregular often fused together, suddenly broken or scratched with thin grooves.
Areoles: Creamy or greyish, long and often fused one to each other.
Spines: Absent (or very short and bristly.
Flowers: Not known.
Remarks: Do not confuse this odd crested cultivar with the common Ferocactus glaucescens f. nudus cristatus which is a different cultivar that is superficially similar only when very young. The unique charm of this plant will be revealed as it ages. There is also a slightly different clone named Ferocactus glaucescens f. nudus cristatus monstuosus clone A. 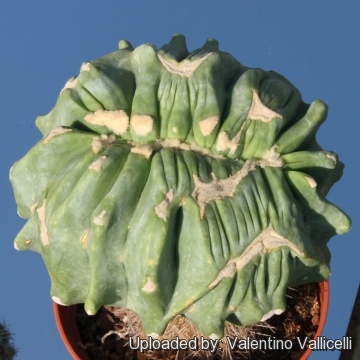 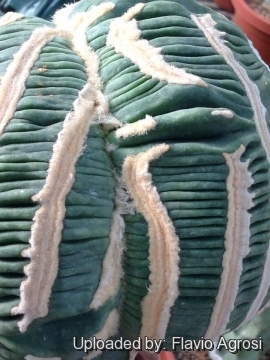 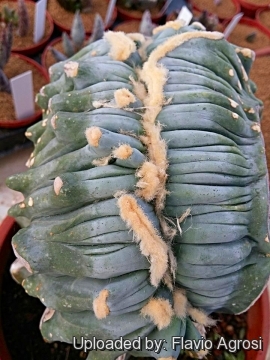 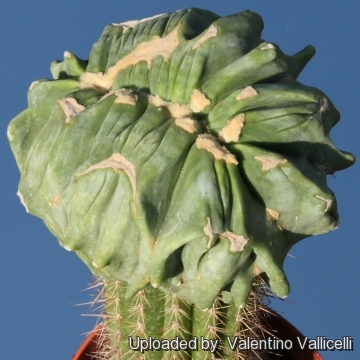 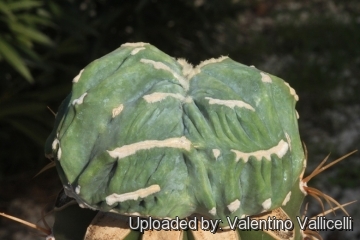 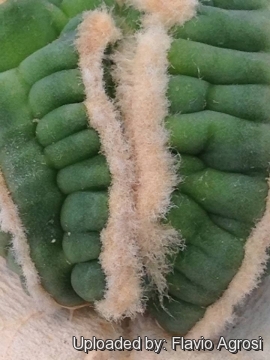 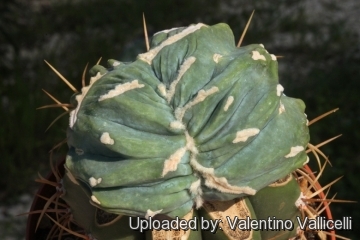