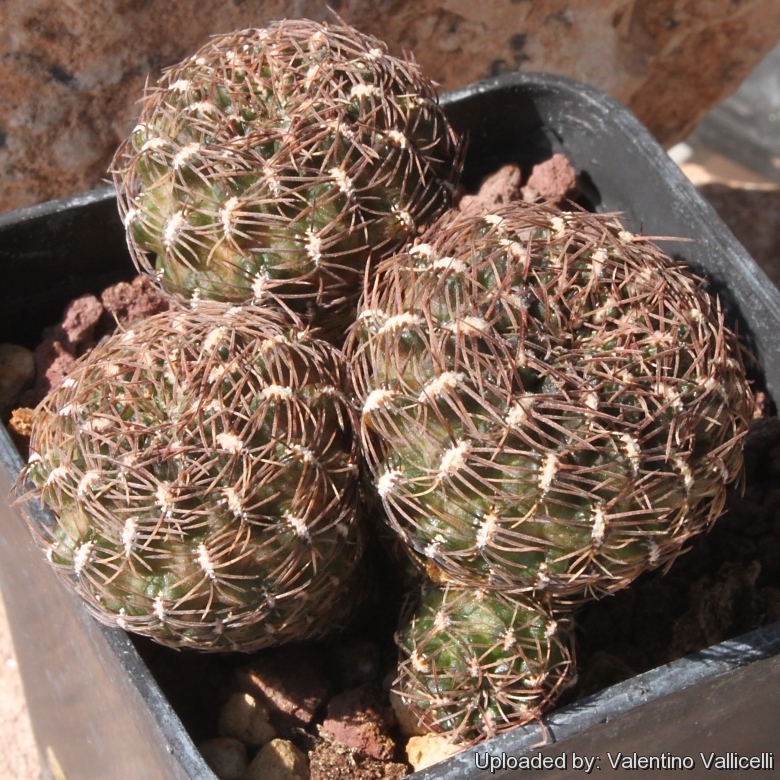 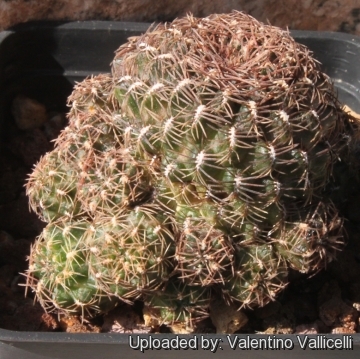 Cultivation and Propagation: These mountainous plants have thick taproots and are susceptible to overwatering. They loves a very permeable, coarse mineral soil as well as to be strictly kept dry throughout the winter quiescent period since it is very sensitive to any moisture excesses, To prevent rottenness it is also advisable to surround its root neck by very rough sand or grit, this help a fast water drainage. They requires also an appropriate air circulation and are sometime grafted to avoid root problems. They need to be kept in a cool place during winter rest (at 0-10°C). This is important for the flowers ,as well as for their health. Without this cool winter period, they normally won't get any buds. Grafted plants are very easy to grow, and are quite frost hardy (-5° C) if kept dry. Needs a full sun exposure ( light shadow my be useful in the hottest summer days)
Propagation: Seed, cutting, grafting