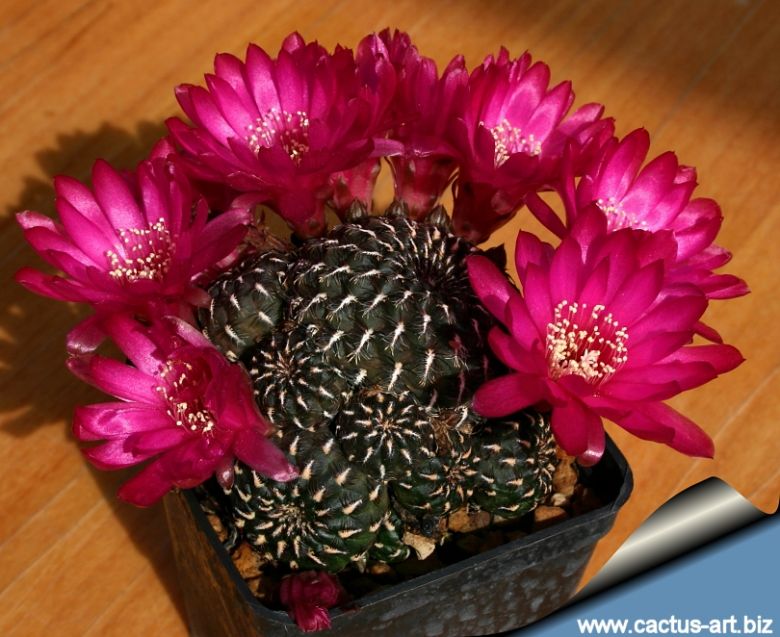 Description: Sulcorebutia heinzii is one of the innumerable local form of the very variable Rebutia steinbachii (= Sulcorebutia steinbachii). Its has very dark tanned green or almost black stems that contrast nicely with the white, narrow areoles, the spines are short, pectinated, at first reddish and then brown. This is a very distinctive cactus, even without flowers. It is barely distinguishable from Sulcorebutia clizensis with smaller reddish flowering. Rebutia steinbachii subs. heinzii is apparently a neotenic variety of the species in which juvenile spination is retained throughout the life of the plant, while most of the other varieties are dimorphic (short spined juvenile forms transform at maturity to strongly spined forms).
Habit: It is a clustering species (rarely solitary) readily forming, especially in cultivation, clusters or cushions.
Root: Carrot-like.
Stem: Single heads 30–50 mm wide, Flattened and somehow apically depressed, very dark tanned green, dark magenta-green or almost black, often nearly buried with only the summit visible above ground.
Ribs: 12-26, spiralling, forming oblong rhomboid tubercles with well-defined grooves.
Areoles: White, narrow. 3-6 long, 1,5-2 mm large.
Spines: Short, pectinated, at first reddish and then brown.
Flowers: Rarely more than 3,5 cm long and 4,5 in diameter, dark magenta with a silky sheen, numerous in a ring at the base of the plant.
Blooming season: Spring (April-May) and remain open for up to five days.

Notes: Sulcorebutia heinzii is a recent name for a very choice Sulcorebutia collected by Heinz Swoboda and only named nearly 20 years later (this plant is, in fact Sulcorebutia sp. HS 151 ) 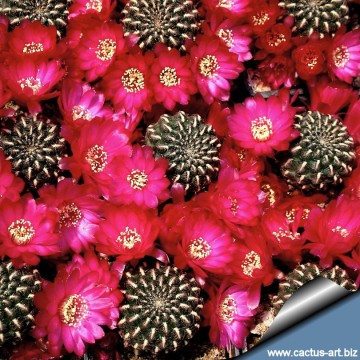 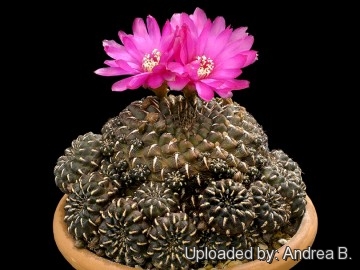 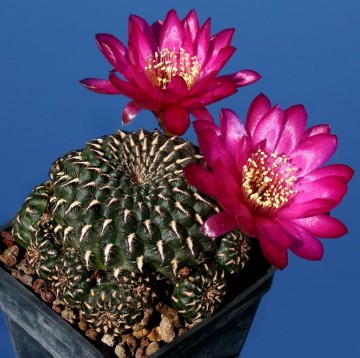 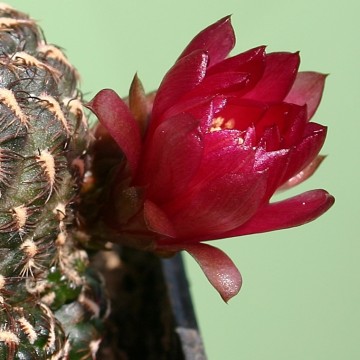 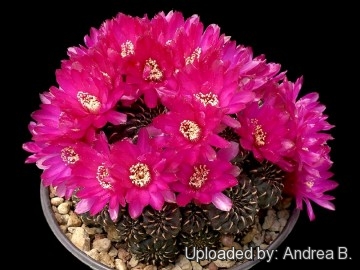 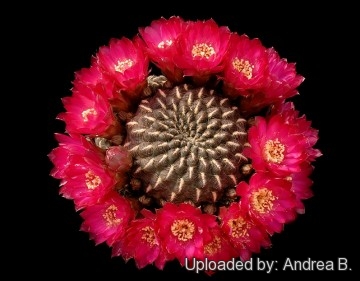 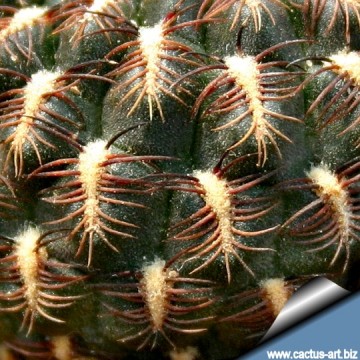 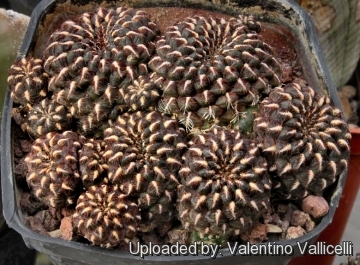 Cultivation and Propagation: These mountainous plants have thick taproots and are susceptible to overwatering. They loves a very permeable, coarse mineral soil as well as to be strictly kept dry throughout the winter quiescent period since it is very sensitive to any moisture excesses, To prevent rottenness it is also advisable to surround its root neck by very rough sand or grit, this help a fast water drainage. They requires also an appropriate air circulation and are sometime grafted to avoid root problems. They need to be kept in a cool place during winter rest (at 0-10°C). This is important for the flowers ,as well as for their health. Without this cool winter period, they normally won't get any buds.
Grafted plants are very easy to grow, and are quite frost hardy (-5° C) if kept dry. Needs a full sun exposure ( light shadow my be useful in the hottest summer days).
Propagation: Seed, cutting, grafting.