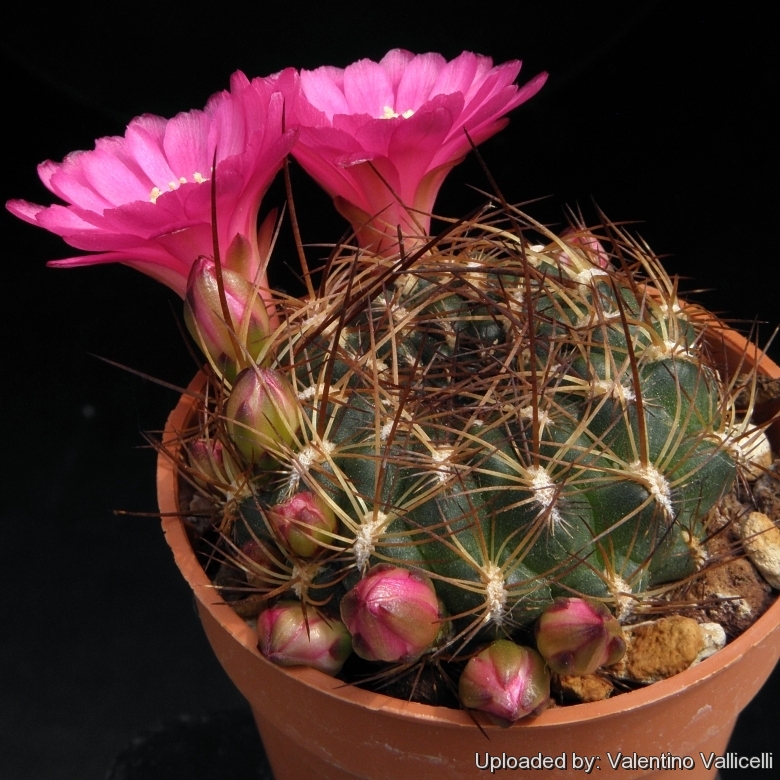 Origin and Habitat: North and east of Cochabamba in the Cordillera de Cochabamba, in southern Bolivia. Sulcorebutia is the type species of the genus Sulcorebutia. The first plants were collected near Colomi, along the route from Cochabamba to Chapare, by a Herr Steinbach.
Altitude range: 2900-3800 metres above sea level.
Habitat: Grows mainly on a flat, dry, stony area along the banks of the Rio Lopez, just before the moister zone of the tiraquensis populations. 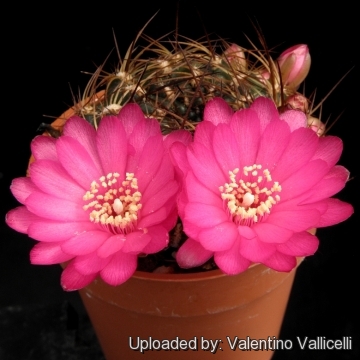 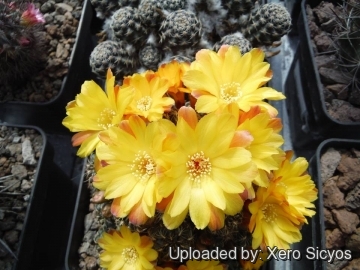 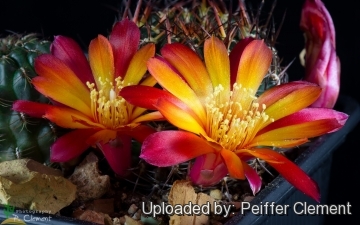 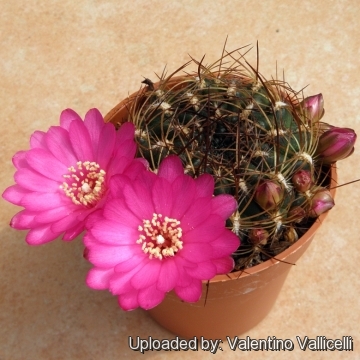 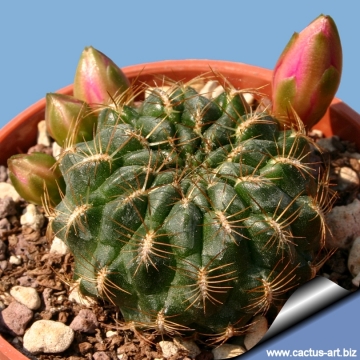 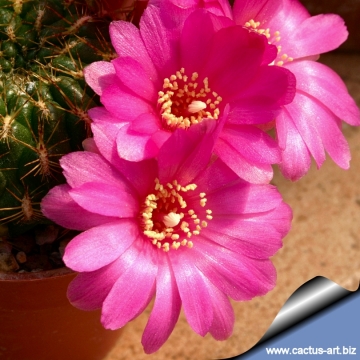 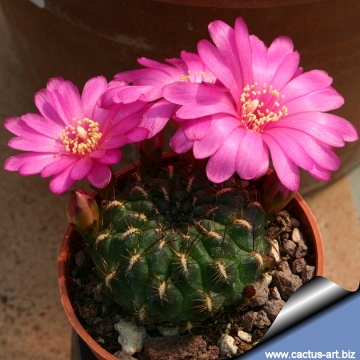 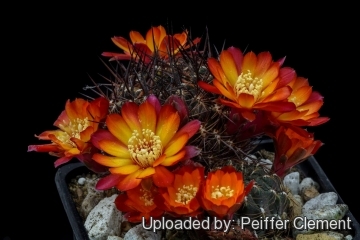 Cultivation and Propagation: Rebutia steinbachii loves a very permeable, coarse mineral soil as well as to be strictly kept dry throughout the winter quiescent period since it is very sensitive to any moisture excesses, To prevent rottenness it is also advisable to surround its root neck by very rough sand or grit, this help a fast water drainage and an appropriate air circulation. The flowers appear in springtime after a “light” wintering. The spination and the growth are favourably influenced by a cultivation in a flat
container.
Watering Needs: Water moderately in the growing season, keep dry during the winter rest.
Frost Tolerance: Plants are quite frost hardy -5 (-10)° C, but for safe culture overwinter in a cool place (at 0/10°C) this is important for the flowers as well as for plants health. Without this cool winter period they normally wont get any buds.
Sun Exposure: Needs a full sun exposure (light shadow my be useful in the hottest summer days).
Propagation: Seed, cutting, grafting.