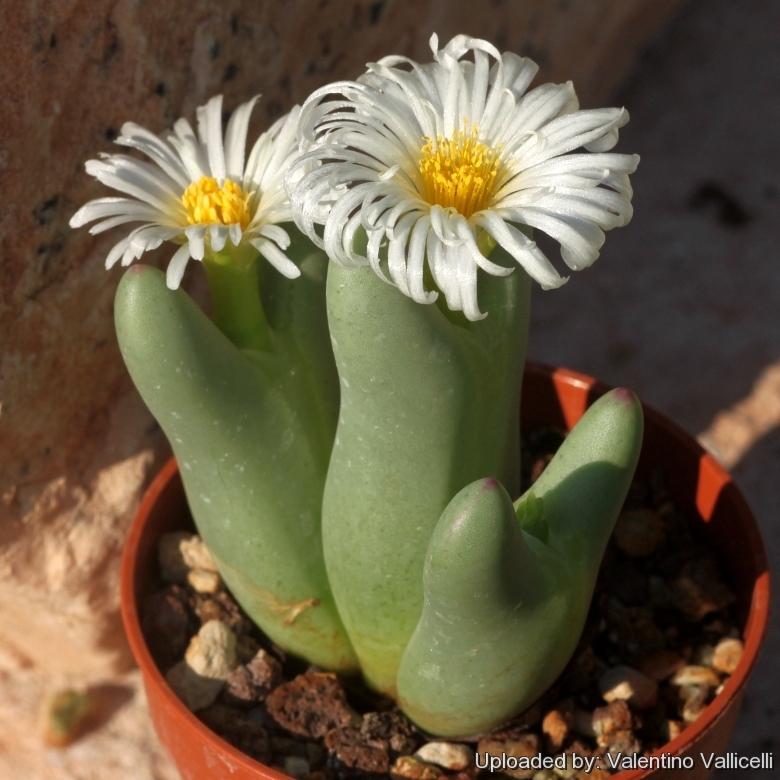 Origin and Habitat: Kosies (western part of South Africa)
Habitat: Growing in a well drained soil with some water in winter and some sun.

Description: Conophytum bilobum lacteum (Conophytum lacteum) is a pure white flowering form of Conophytum bilobum, and the plants are not readily distinguishable, if not for the flower colour.
Habit: Robust caespitose (groundcover) plant, stemless or with short stems with time.
Bodies (paired leaves): Thickness: 3 centimetres Height: 7 centimetres, Profile: The leaf-tips (lobes) are free and are 10 mm long. Colours: The margins are green to red or deep purple in colour. The epidermis is glabrous whitish-green to glaucous-green.
Flowers: Scentless up to 3 cm pure white.
Blooming season: The flowers are autumnal (rarely in summer) and diurnal. 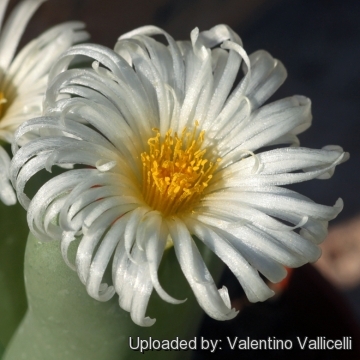 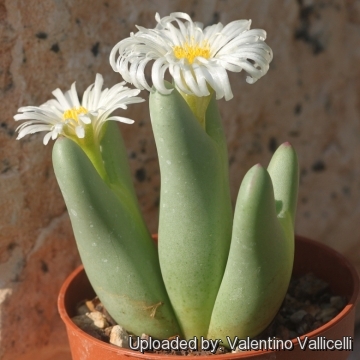