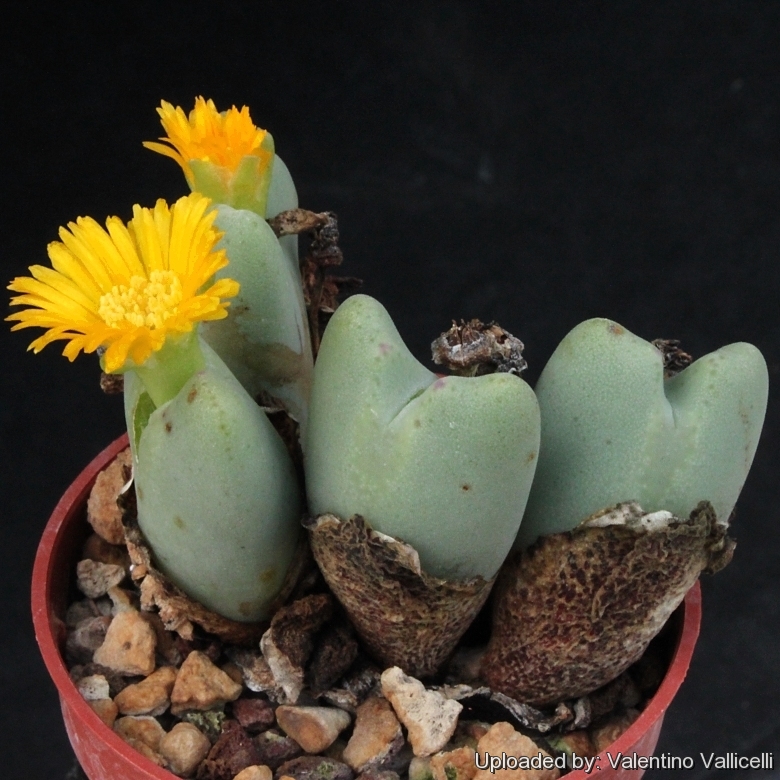 Description: Conophytum noisabisense is part of the Conophytum bilobum complex which comprises many morphological and geographical variant, that was early classified as different independent species, but nowadays all this plant are considered part of a multiform species, where each form is linked to others by populations of plants with intermediate characteristics. It is a small but robust caespitose (groundcover) plant that resembles a cluster of pebbles often well camouflaged to resemble the surroundings.
Stem: Stemless or with short stems with time.
Bodies (paired leaves): About 5 centimetres tall 2,5 centimetres broad greyish green. The leaf-tips (lobes) are free in profile and are 10 mm long and triangular in shape and keeled. The margins are green in colour.
Flowers: Scentless up to 3 cm.
Blooming season: The flowers are autumnal and diurnal. 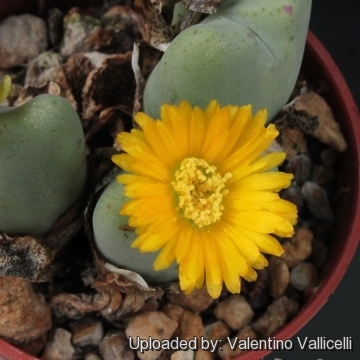 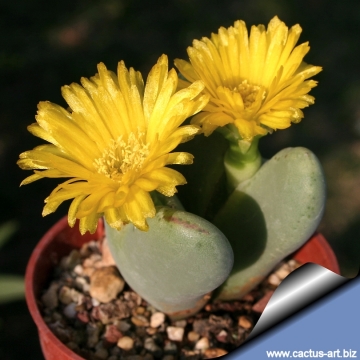 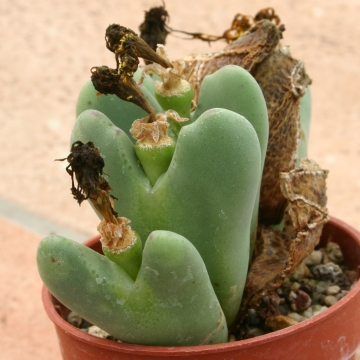 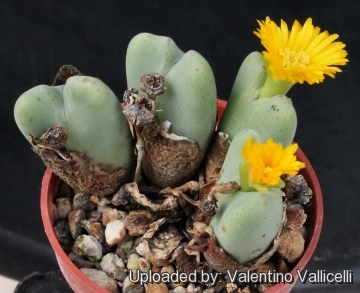 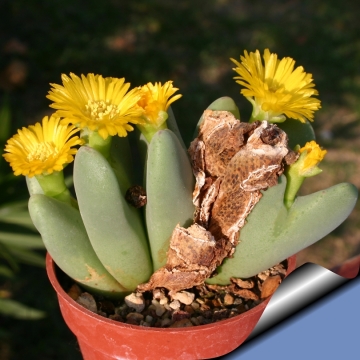 Conophytum noisabisense Photo by: Cactus Art
Send a photo of this plant.