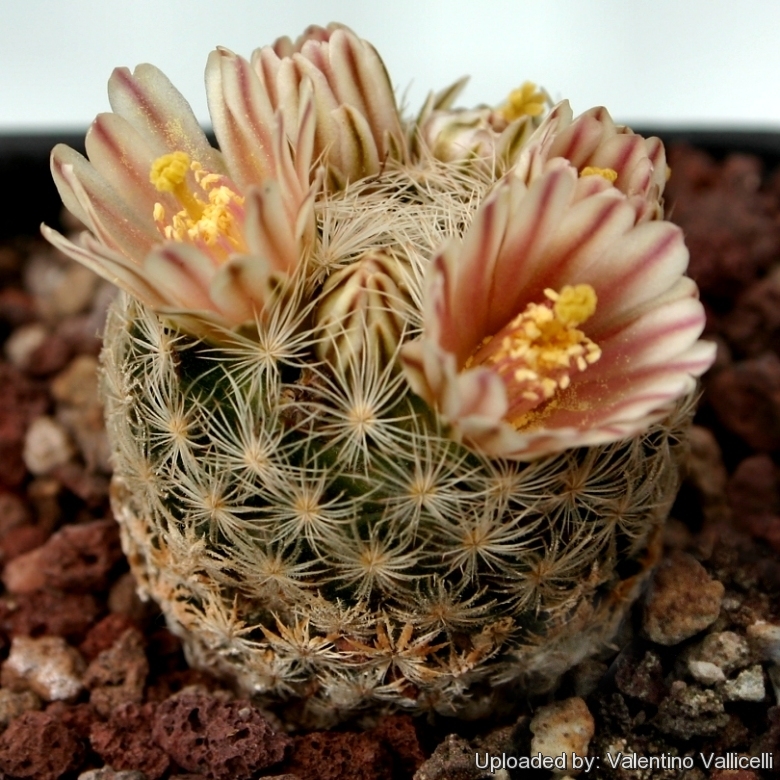 Cactus lasiacanthus (Mammillaria lasiacantha) Photo by: Valentino Vallicelli
Fully grown, this species is only about 2 to 3 cm tall. It has small, almost friendly spines. The flowers are cream-white with brownish-red stripe in late winter or early spring. 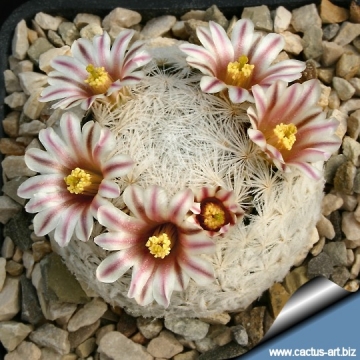 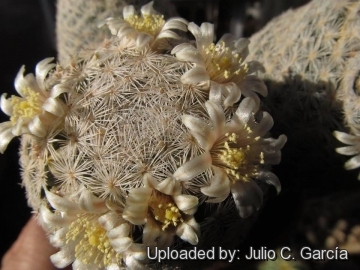 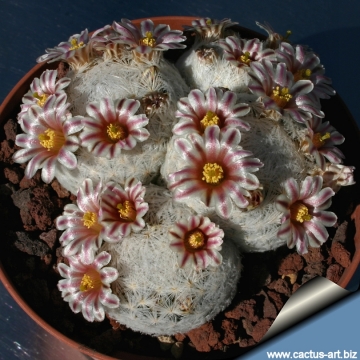 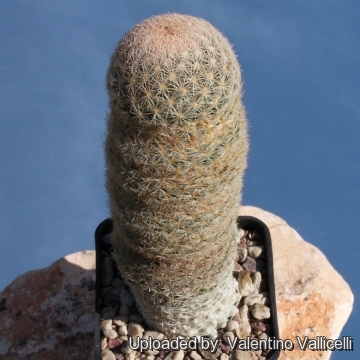 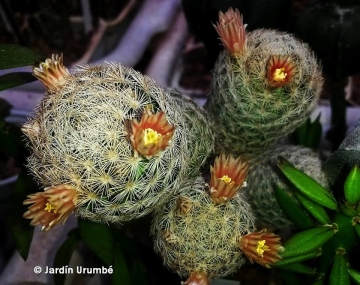 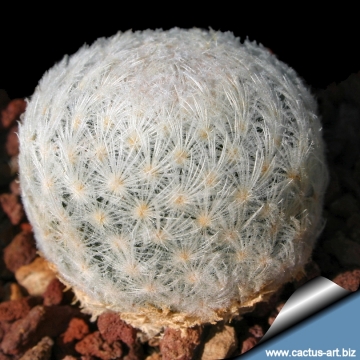 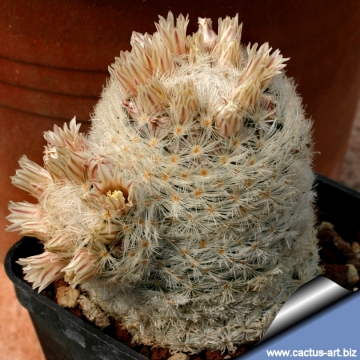 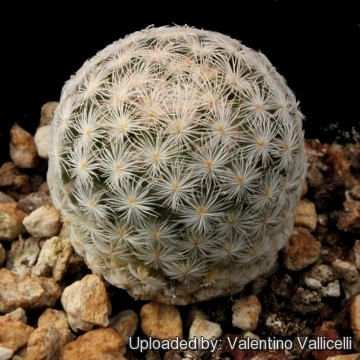