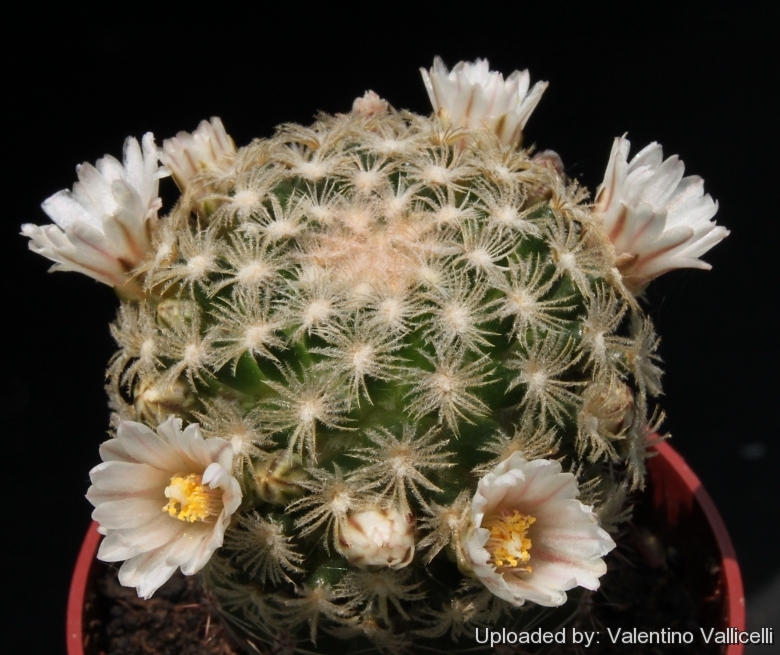 Description: This is a small solitary or clustered species, that grows almost buried in the soil, it has a characteristic feathered appearance.
Stem: Without latex, flattened, globose, sunken apically, solitary or clumping, 10 - 20 mm high and to 35 mm in diameter.
Roots: Large taproot up to 10 cm long.
Tubercles: Conical, somewhat soft, dark green to brownish green, 3 - 4 mm long, 2 - 3 mm in diameter. The axil is naked
Radial spine: 25 - 32, radiating, straight or curved, feathery , glassy white, 1.5 - 2.3 mm long, soft.
Central spine: None.
Flower: Funnelform, 13 - 15 mm long and wide, whitish to cream- colored with green flush. Inner petals with pink midveins on the sepals. Stigmas are yellow. The placement of the flowers is very different from typical lasiacanthae species, in which the bud emerges from axils very close to the apex, of the plant. Mammillaria roemeri presents its flowers from older areoles, mid way down the body of the plant, in the fashion of Mammillaria crucigera or huitzlipochtlii, although it must be emphasised there is no suggestion of kinship between it and these.
Blooming season: In habitat it flowers between November and January, but in cultivation (Europe) its bloom appear in April.
Fruit: Green, 3 - 4 mm long and 3 mm wide.
Seed: Black, spherical, 1.1 mm long and 0.95 mm in diameter.
Remarks: It is probably only a neotonic (juvenile form which remains so) form of Mammillaria lasiacantha rather than a good species, or a subspecies or simply an aberrant form of one of the Mammillaria lasiancantha group species.. The two plants looks different, but clearly related. 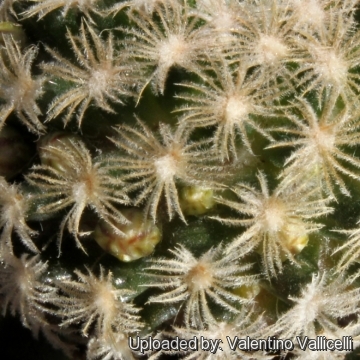 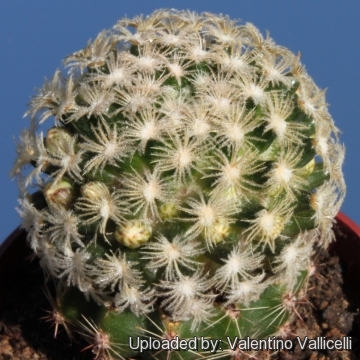 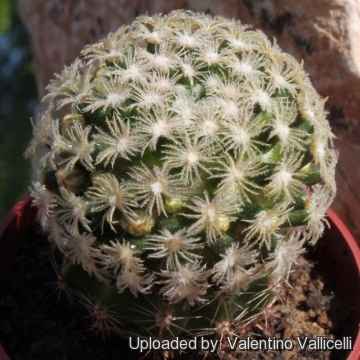 Mammillaria roemeri Photo by: Valentino Vallicelli
Send a photo of this plant.

Cultivation and Propagation: This plant has not the fame to be easy to cultivate, but in good conditions with excellent ventilation, it grows without difficulty. It is especially sensitive to overwatering. So careful watering and an open mineral potting soil are a must. Avoid the use of peat or other humus sources in the potting mixture. Don't add limestone to the potting mix which must be moderately acidic. Can be sensitive to frost (but if dry they are resistant to -5° C). Requires maximum sun exposure to reach its full potential and to achieve success in flowering. A winter rest that allows the plant to shrivel (perhaps losing up to 25% of its summer height) will encourage flowering and long time survival. Be careful to encourage slow growth. Provide very good ventilation.
Propagation: Direct sow after last frost. (it usually doesn't produces offsets).