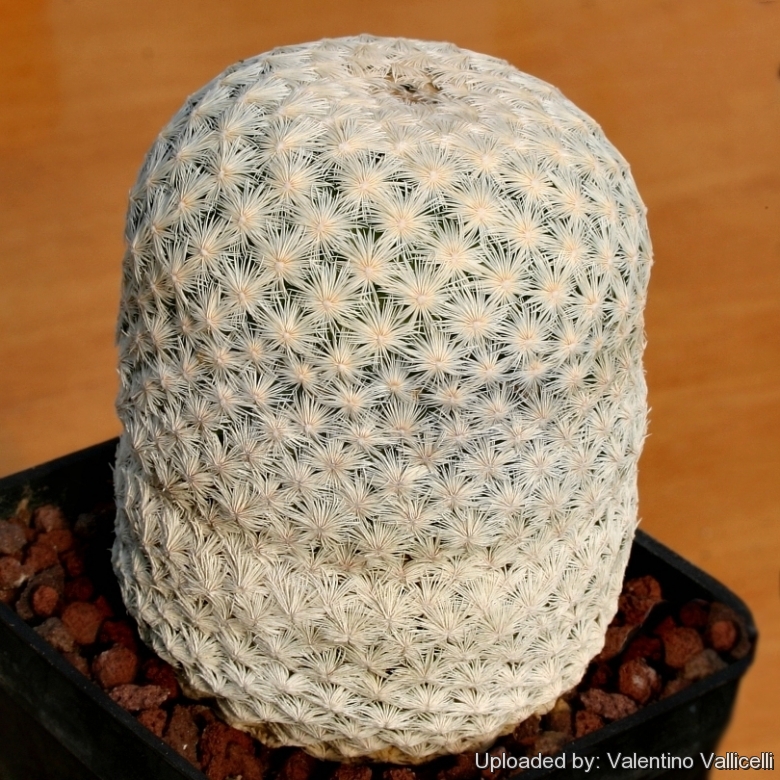 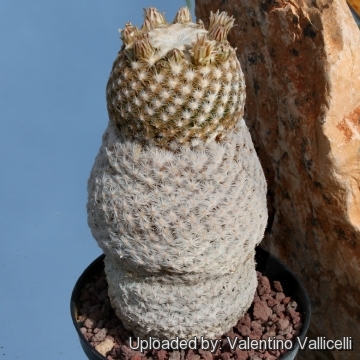 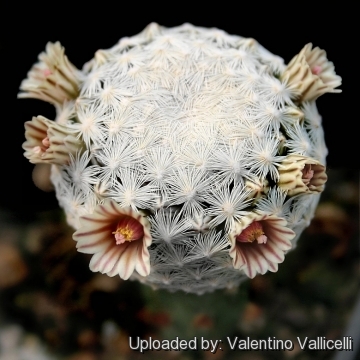 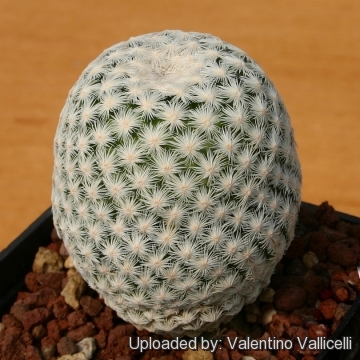 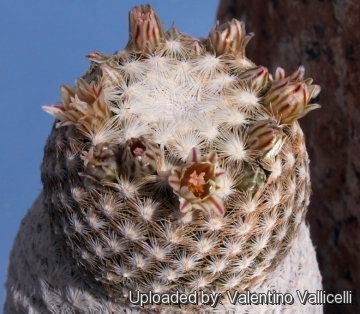 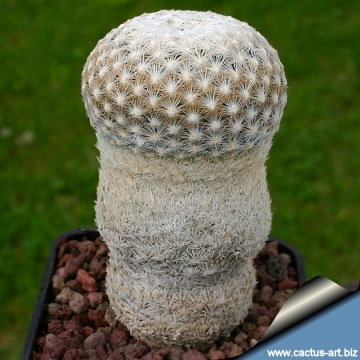 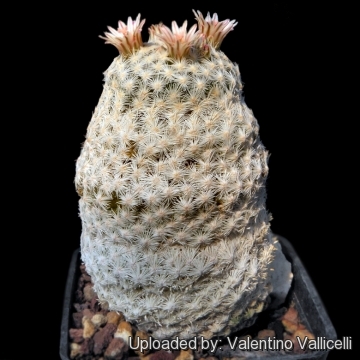 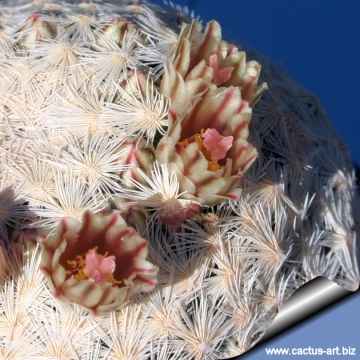 Cultivation and Propagation: This plant has not the fame to be easy to cultivate, but in good conditions with very careful application of water and excellent ventilation, it grows without difficulty. Be careful to encourage slow growth, but if you succeed in growing a colony of stems, then the results will repay all the growing efforts.
Growing rate: It is a slow growing species that will make clumps given the best conditions, but rewards the patient grower with a beautiful displays of flowers since from an early age.
Soil: Requires excellent drainage provided by a very permeable open cactus soil (With not less than 50% grit content). Avoid the use of peat or other humus sources in the potting mixture.
Repotting: Repot every 2-3 years. Use small sized pots.
Feeding: During the beautiful season enrich the soil using a fertilizer rich in potassium and phosphorous, but poor in nitrogen, because this chemical element doesn’t help the development of succulent plants, making them too soft and full of water.
Watering: Water should be carefully applied and only when the soil is dry to the touch, as this cliff-dwelling species is very prone to root rot. Allow soil to drain thoroughly before watering again. Additionally, water should not be applied from above, as the feathery spines will retain water and add to rotting problems, but in good conditions with excellent ventilation, in bright light, it usually grows without particular difficulty. Do not water in the winter.
Light: Outside full sun or afternoon shade, inside it needs bright light, and some direct sun. Direct sun encourages flowering and heavy spine production.
Hardiness: Protect from frost. But it's hardy to -5°C if kept dry. A winter rest that allows the plant to shrivel (perhaps losing up to 25% of its summer height) will encourage flowering and long time survival.
Pests & diseases: It may be attractive to a variety of insects, but plants in good condition should be nearly pest-free, particularly if they are grown in a mineral potting-mix, with good exposure and ventilation. Nonetheless, there are several pests to watch for:
- Red spiders: Red spiders may be effectively rubbed up by misting the vulnerable plants every day
- Mealy bugs: occasionally they develop aerial into the new growth among the wool with disfiguring results, but the worst types develop underground on the roots and are invisible except by their effects.
- Scales: Scales are rarely a problem.
- Rot: it is only a minor problem with cacti if the plants are watered and “aired” correctly. If they are not, fungicides won't help all that much.
Propagation: Direct sow after last frost. (it usually doesn't produces offsets). Seeds germinate in 7-14 days at 21-27° C in spring, remove gradually the glass cover as soon the plants will be well rooted (ca 1-2 weeks) and keep ventilated, no full sun for young plants!