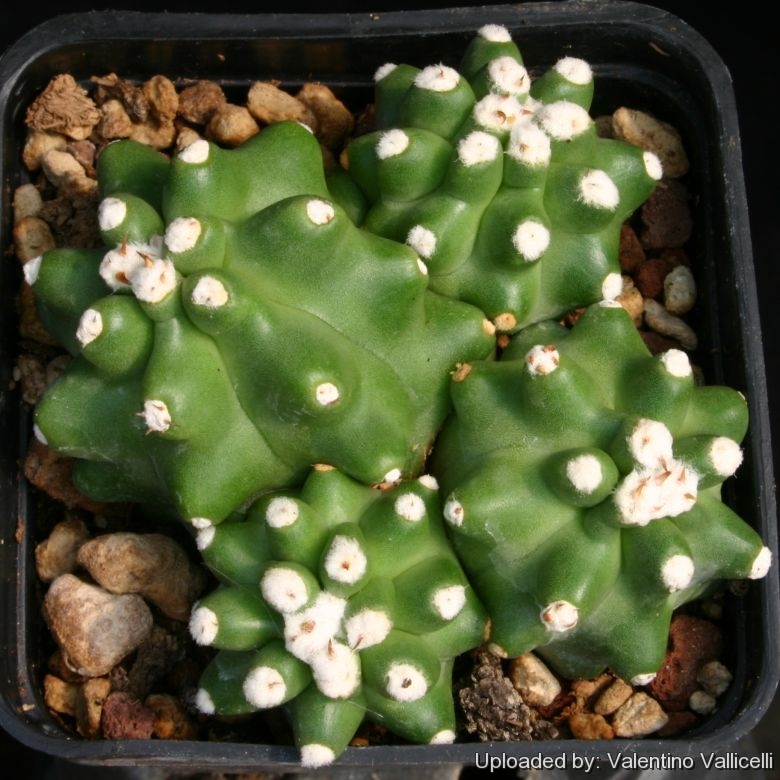 Echinocereus triglochidiatus “inermis” ( a.k.a. subnudus )
The varietal name ‘inermis’ means unarmed (referring to the lack of spines), which as you can see in the close-ups is not entirely true, but almost, especially when compared to the other varieties.

Description: This is a spineless form (without or with very short spines) in the wild plants with 1 to 7 spines and the spineless form are equally common.
The spineless form of E. triglochidiatus (and of E. triglochidiatus var. mohavensis ) is called var. inermis by some (Echinocereus triglochidiatus var. inermis (K.SCHUM.) G.D.ROWLEY 1973) though it occurred with the normal and intermediate forms.
A particularity of this plant is that the flower buds emerge through the plant's skin above an areole, leaving a scar after fading, rather than arising from areoles or axils between areoles as in other cacti. The heavy and waxy flowers are red or orange with green stigma in the centre. 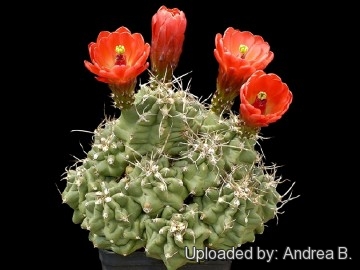 Echinocereus triglochidiatus “inermis” (subnudus) with some short spines. Photo by: Andrea B. 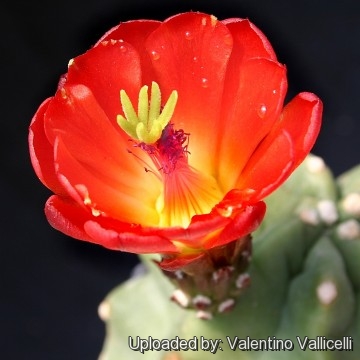 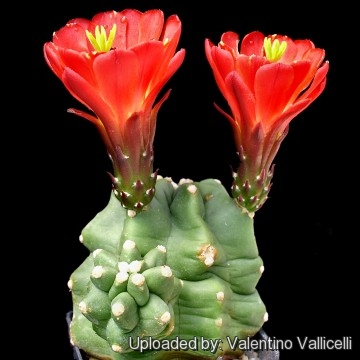 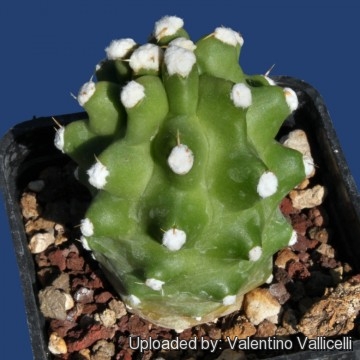 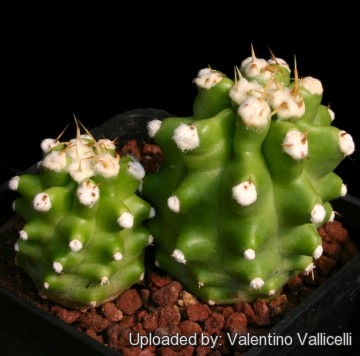 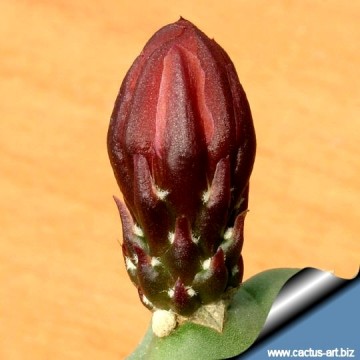 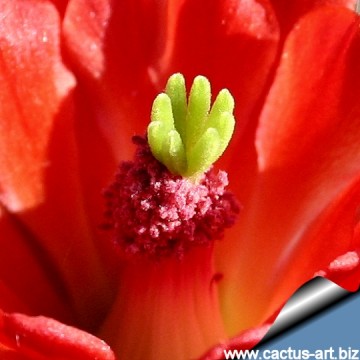 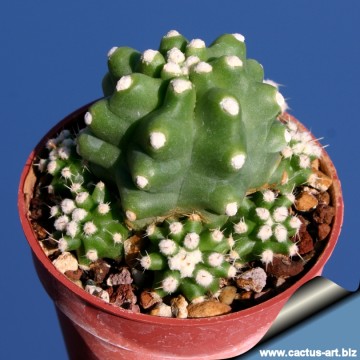 Cultivation and Propagation: Cultivation: This cactus is widely cultivated for its flowers. It is among the easiest species to grow, flower and propagate. Water regularly from March to October. Rot prone in winter, it needs good drainage. Claret Cups require strong sunlight to maintain a healthy appearance, and a harsh "dry and cool" winter environment combined with maximum light exposure enhances spring flower production.
Frost Tolerance: It is very cold resistant, hardy from -6° to - 18° C for short periods of time (Depends on the variety, some populations can tolerate temperatures down to -25° C or less.
Propagation: Cutting as it produces abundant suckers; Also can be grown from seeds.
Uses: Some Native Americans collect the stems, burn off the spines and mash them. Sugar is added and then it is baked to make sweet cakes.
Parts Used: pulp, flowers and stems.