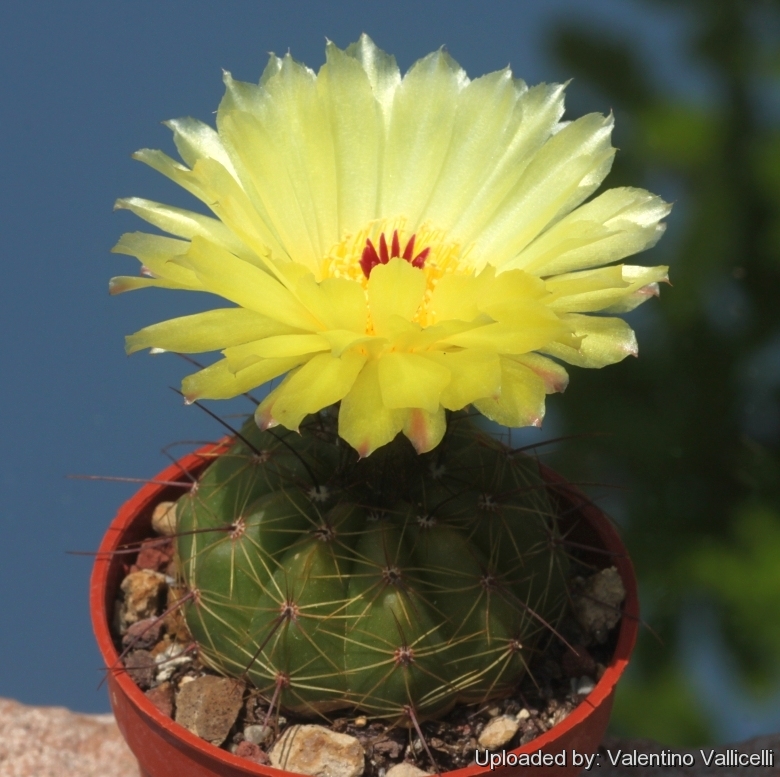 Description: Parodia ottonis var. tenebrosa|SN|25373]] is one of the innumerable local form of the very variable Parodia ottonis. The varietal epithet "tenebrosus" is Latin word meaning "Of dark places" and may refer to the shaded habit in which this plant grows.
This variety has has dark green stems with 8-10 radial spines and 1 darker central spines. Flowers are bright satiny yellow.
Habit: Simple at first later usually clustering.
Stems: More or less spherical with flattened top, deep-green and can get deep purplish to maroon during winter dormancy, though this colour can be retained if grown in sufficient light. However the new growth is green but will soon darken to match the older epidermis.
Ribs: about 12, well defined rounded.
Spines: Slender hair-like, straight or slightly curved, relatively sparse that does not hide the epidermis.
Central spines: 1 (or more), brown or black, about 20 mm long tending to point downward.
Radial spines: about 12 spreading radially, with a starlike appearance, whitish, pale rose or brown about 10 mm long.
Flowers: Large up to 6 cm in diameter, few often closely packed apically, bright satiny yellow, pericarpels and tube with dense white to brownish wool and bristles. Stigma-lobes purplish.
Fruit: Ovoid to short oblong dehiscent lengthwise to expose the seeds and white pulp.
Seeds: Bell-shaped glossy black. 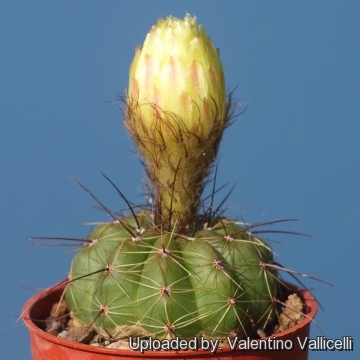 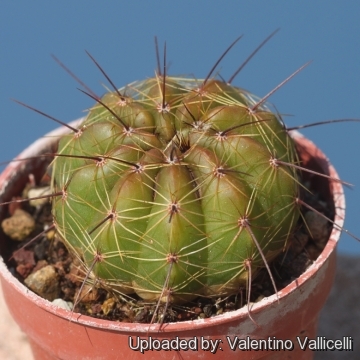 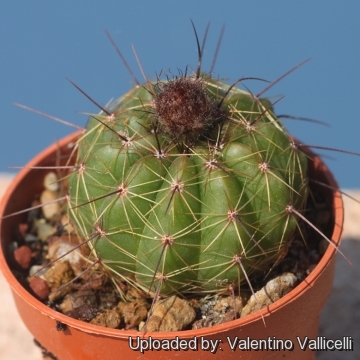