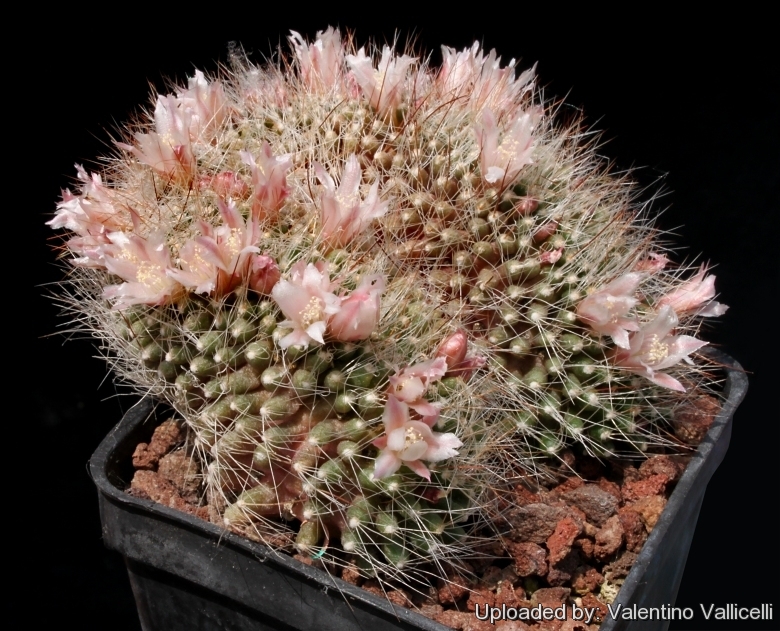 Description: Mammillaria crinita forma monstruosa is a well known cultivar characterized by very reduced bristly or absent spines and small pink flowers. The crest form - despite to its beauty - is still very rare and sought after by collectors, for its unique features. It also distinguishes from the standard monstrous from which it derives for the more numerous fine bristly spines.
Habit: It is a small low growing crested cactus that will slowly forms tangled groups up to 20 cm in diameter.
Stem: Fan-shaped, about 2-2,5 in width.
Tubercles: Conical or cylindrical, not compacted, usually without bristles in their axils, and without latex.
Radial spines: up to 6 or absent, white, very thin, hair-like, inconspicuous.
Central spines: Usually absent or one bristly dark brownish-red.
Flowers: Narrowly funnel-shaped 15 mm long, light pink not opening widely, the outer segments brownish; inner perianth-segments broad, with an ovate acute tip; stamens white; stigma-lobes cream-coloured.
Fruits: Globose to ovate, green to bright red.
Seeds: Brownish black, coarsely pitted. 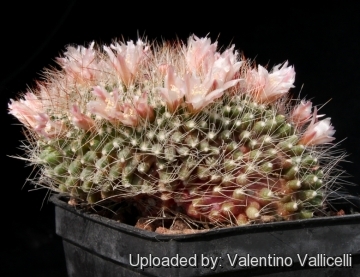 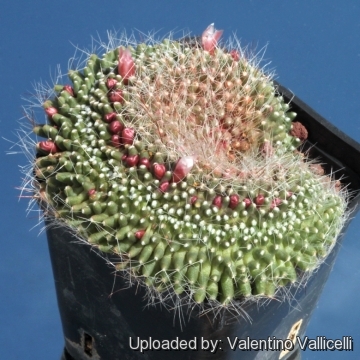 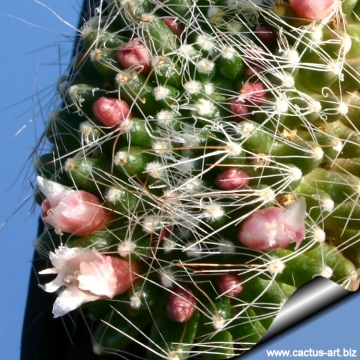 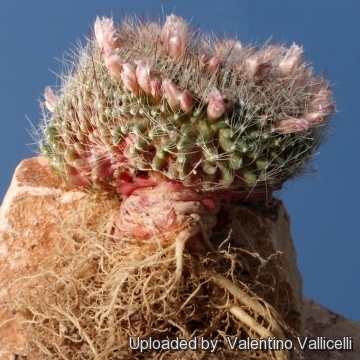 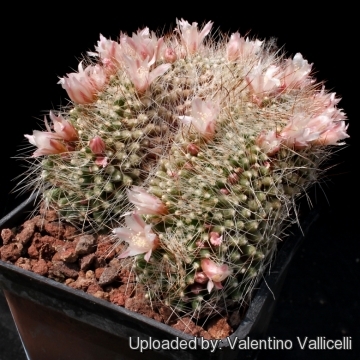 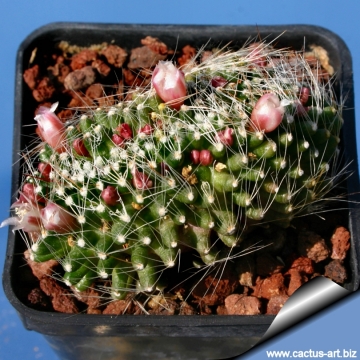 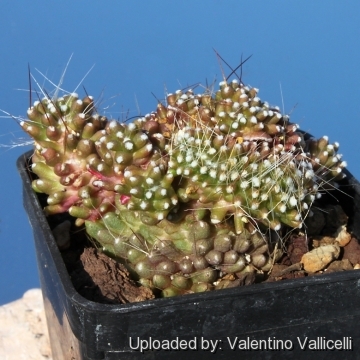 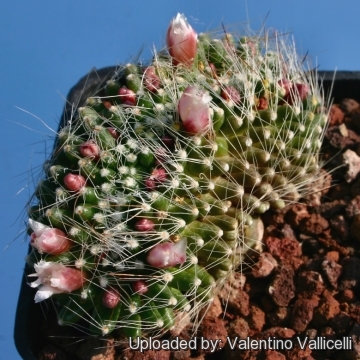