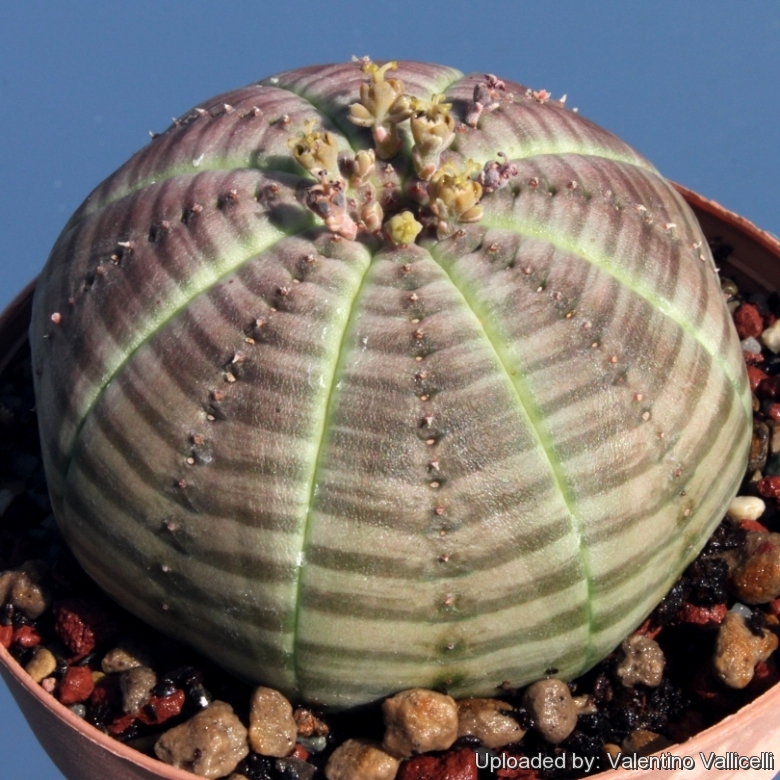 Description: This plant can look nearly identical to Euphorbia obesa, but rounder, flatter and not growing as tall (dimension up to 6 cm , 8 cm diameter; 8 to 10-sided) It has usually more, somewhat different, markings. The flowers are also more numerous with several from each point of origin, it has as well a distinctive long taproot.
Remarks: Euphorbia symmetrica became a subspecies under Euphorbia obesa. These species are closely related and for an outsider its very difficult to distinguish them. Even better would be to place them as a variety instead of a subspecies because at many places intermediate populations can be found. A definite population consists of a collection of variable forms. The difference between populations is the frequency of the appearance in which these forms do occur. So can it be be that two individuals of two different populations look very similar and also, two plants of the same population can look very different. However when you are looking at the whole population, you can see the difference of the population with another one. 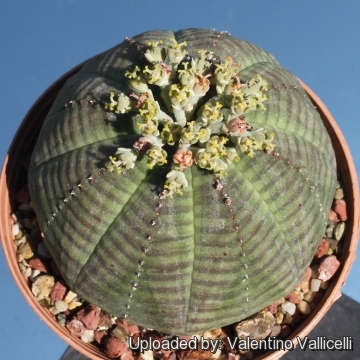 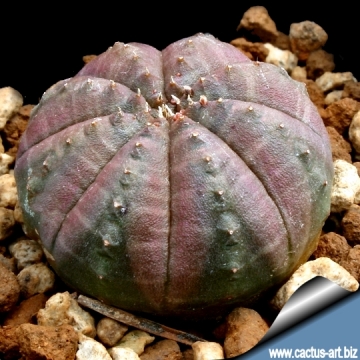 Cultivation and Propagation: Cultivation: Like a sunny position. It does best in a mineral soil, good drainage is essential. Water sparingly during the summer months and keep dry in winter. It is a slow growing long lived plant and once established, it will be content in its position and with its soil for years. It can tolerate moderate shade, and a plant that has been growing in shade should be slowly hardened off before placing it in full sun as the plant will be severely scorched if moved too suddenly from shade into sun.
It is propagated from seed sown during spring or summer. Flowering can be achieved within 5-8 years.