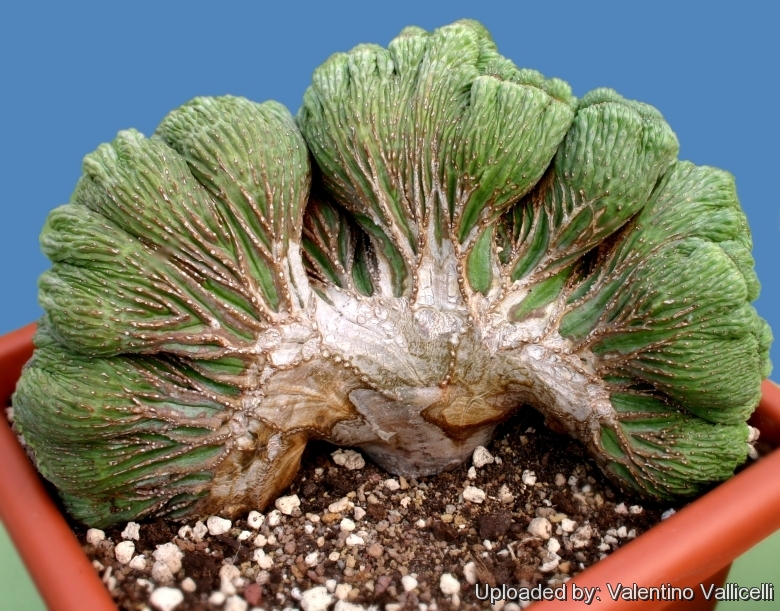 Description: The well known standard form of Euphorbia obesa is a single-stemmed globular or shortly cylindrical plant that sometimes 'branch' or sucker, creating very odd looking clusters of spheres. It can grow to 20 cm in height with a diameter of 9 cm. The rare crested form is a very different fascinating plant.

Notes: The cause of cresting is not fully explained, biologists disagree as to why some plant grow in this unusual form. Some speculate that it is a genetic mutation. Others say it is the result of a lightning strike or freeze damage, but whatever the stimulus, the growth point of the stem has switched from a geometric point, to a line, which folds and undulates as the crest expands. Crested Euphorbia are quite rare, cresting occurs naturally and can be encountered in many other species. 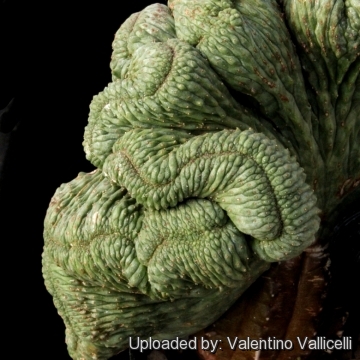 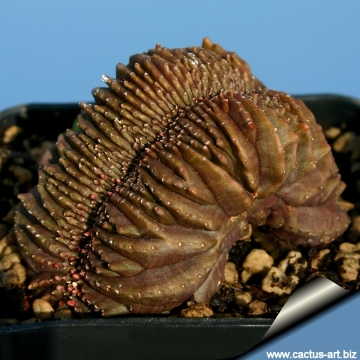 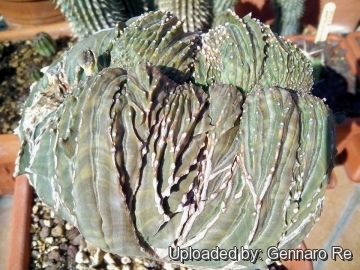 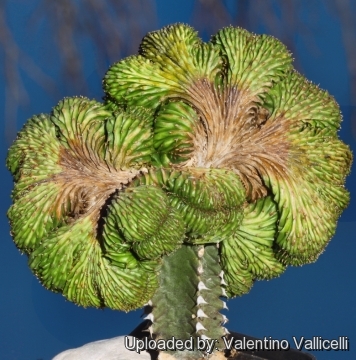 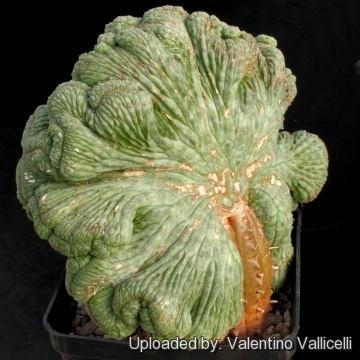 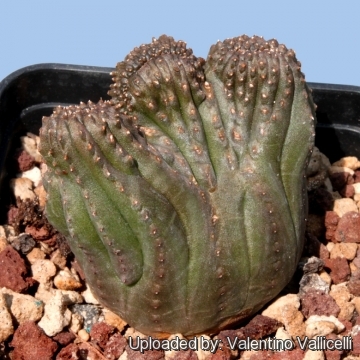 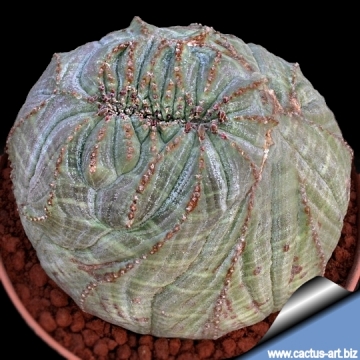 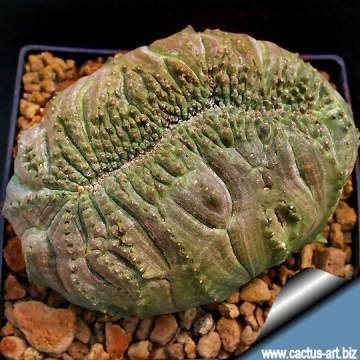