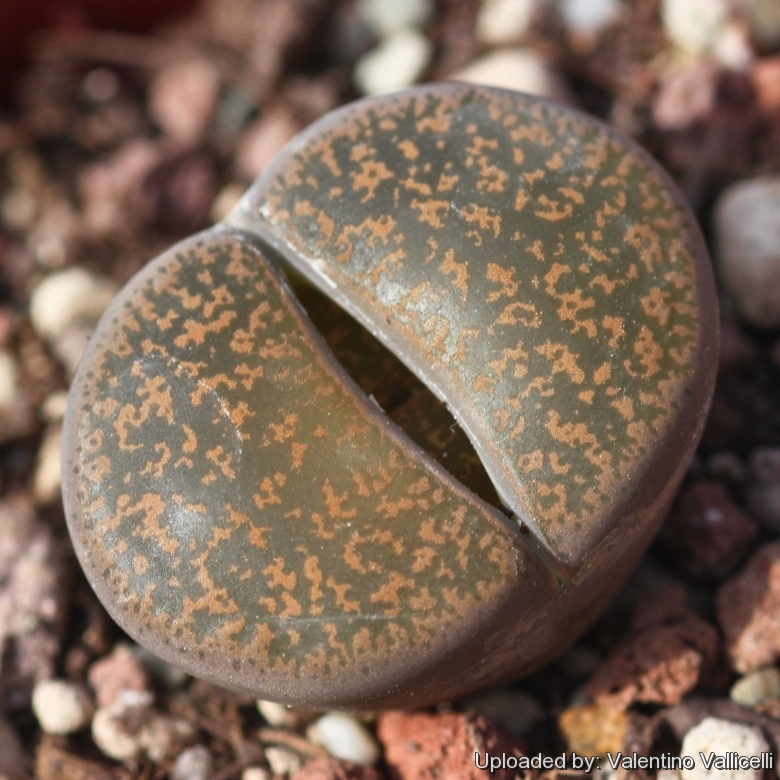 Origin and Habitat: 10 km North East of Meyerton, South Africa
Habitat: Lithops lesliei grows in fairly heavy rainfall area in gravel pockets in grassy places and in the summer and in winter is often entirely covered by grass to such an extent that the clump is not visible. It is rust-brown in the reddish soil from decomposed ironstone. The plants mimic the small, haphazardly arranged rocks that surround them. In habitat the plants grows embedded in the soil and can tolerate extreme hight temperature and only temperature that exceed 60° C are lethal.

Description: Lithops lesliei is a medium sized Lithops, easily recognised by miniature circular transparent windows forming a lecework in the opaque covering ranging in colour from Brown Coffee to green grass, green grey, pinkish grey, rusty orange. Each growth consists of two leaves closely pressed together or united, except for a central fissure across the top, from which the large yellow flowers are produced. This species is quite variable and the colours and face pattern varies in plant from different provenance. As with many other Lithops species, several varieties have been described on the basis of variation in the colour of the tops of the leaves.
Desmond Cole field number C031: This population distinguishes for having dark green windows. 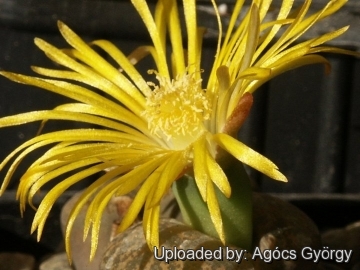