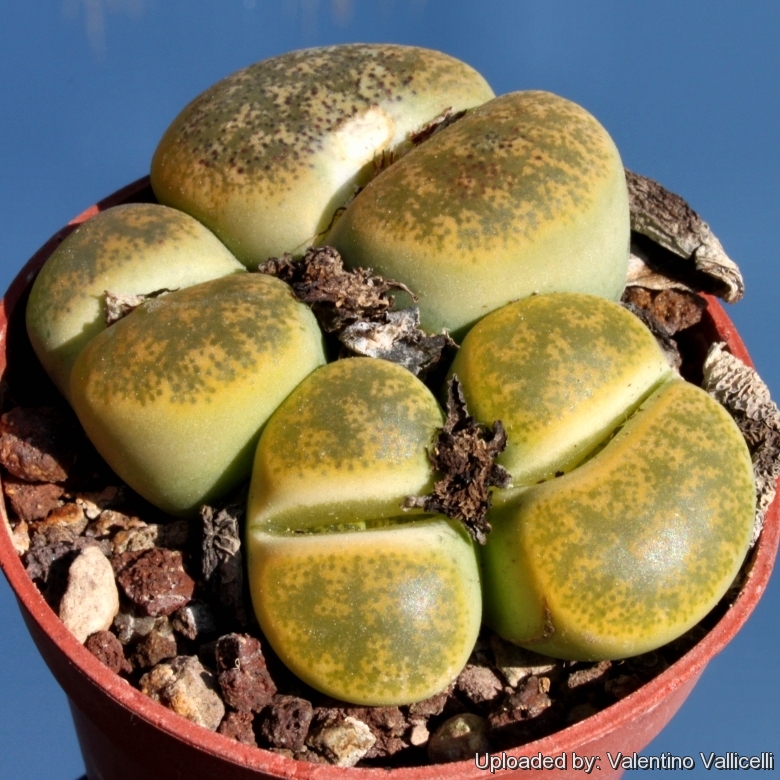 Description: Lithops lesliei is among the easiest species to grow and is available in several distinct subspecies, variety and cultivated forms. It looks like a flowering brain, with a big, umbrella-shaped daisy flower taking its nourishment from the frontal lobes. It grows solitary or in small clumps of 1 to 10 paired leaves (mostly 2 to 5) up to 5 cm wide (often more in cultivation)
Stem: Almost stemless.
Roots: It has soft rootstocks.
Bodies (paired leaves): quite large 2-4 cm wide. Each plant consists of a pair of extremely thick and equally or slightly unequally sized leaves fused together and separated by a shallow fissure (2-5 mm) with conjuncted lobes. The bodies are shaped like a truncate inverse, gray-green to buff, cone, flattened to slightly convex in its upper portion. The top of the leaves is elliptic to slightly reniform and varies considerably in colour depending on the substrate of origin; the colours comprises Yellow/brown, greyish/yellow, orange, rust, grey, grey/white, dark coffee, with a fine lacework of greenish-brown spots, tracing and furrows. Despite the variability in colour, the shape of this species is relatively uniform and generally recognizable by its mainly green windows or channels, and very irregular rust-brown islands with numerous mini-windows and fairly narrow, distinct and irregular margins
Flowers: A single medium to very large yellow (or rarely white) daisy-like flower emerges from the fissure and is as large as the pair of fleshy leaves below. About 3-5 cm wide, diurnal.
Blooming season: From mid-summer through fall.
Seeds: light to dark brown, very fine. 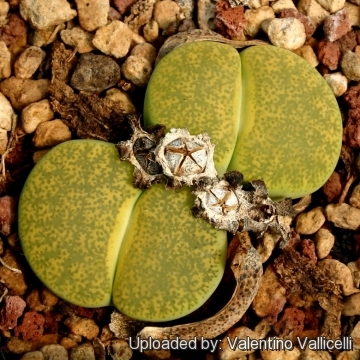 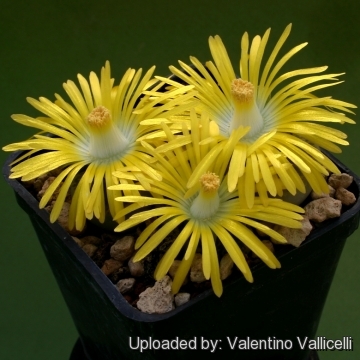 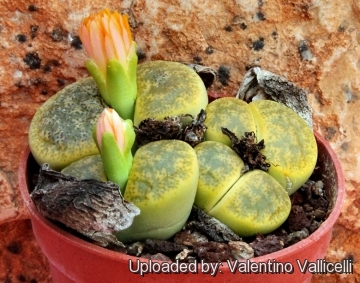 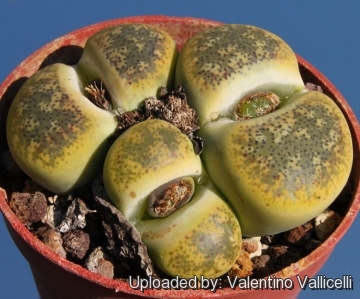 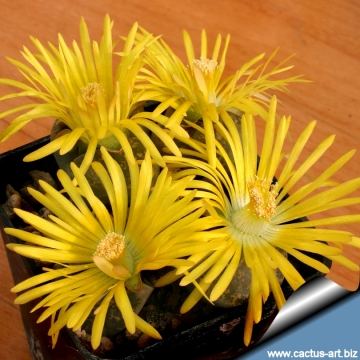 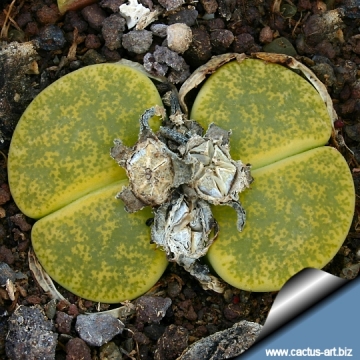 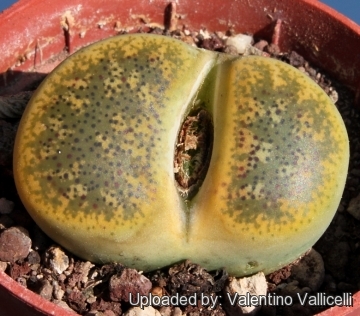 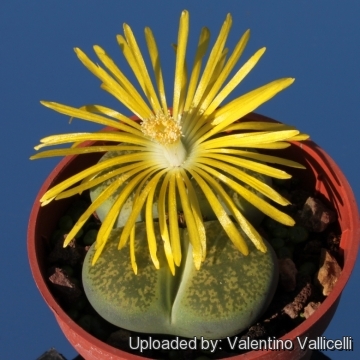