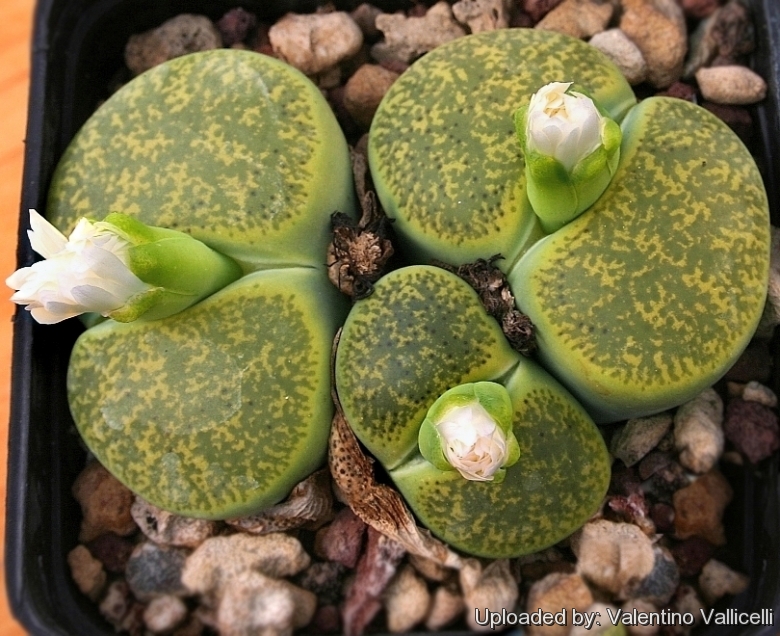 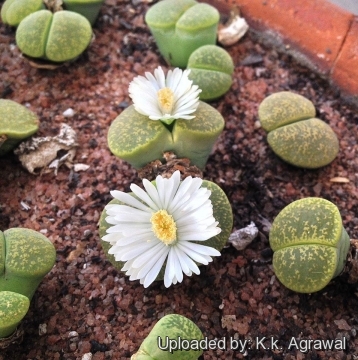 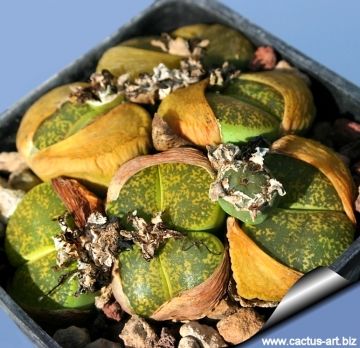 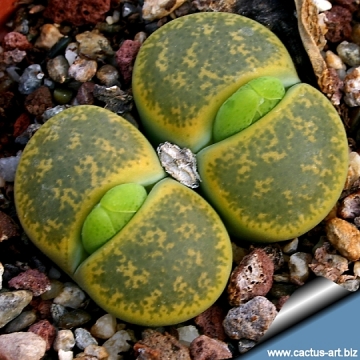 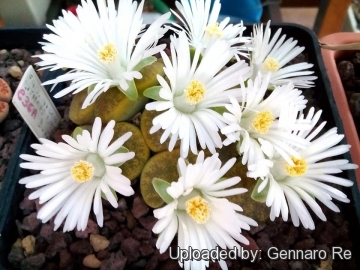 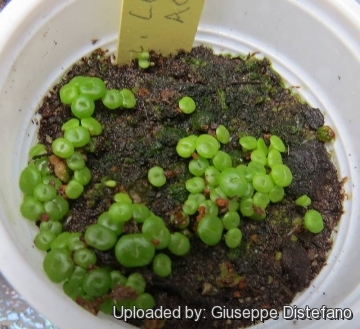 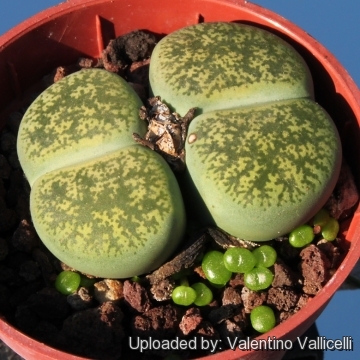 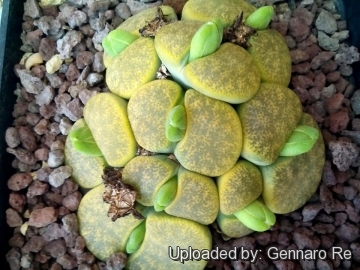 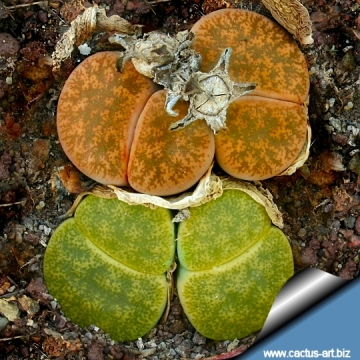 Cultivation and Propagation: L. lesliei is a summer growing species with dry rest period over winter. Easy to grow it tolerates a degree more excess water than some particular hydrophobic species, even so it must have a very open mineral, fast draining mix with little compost and a hight degree of grit, coarse sand, small lava gravel or pebbles. Give them the maximum amount of light you are able to give them, but care should be taken about exposing them to the full blast of the sun rays in summer. Such tiny plants can easily get scorched or broiled and their appearance spoiled (this may not matter in the wild, where the Lithops have probably shrunk into the ground and becomes covered with sands).
The basic cultivation routine is: Stop watering after flowering. Start watering after the old leaves completely dry. (Usually late March or Early April) Water freely during the growing season, soak the compost fully but allow it to dry out between waterings, no water when cold. Some growers fertilize frequently, some hardly ever. Keep them dry during the winter. Nearly all problems occur as a result of overwatering and poor ventilation especially when weather conditions are dull and cool or very humid. If too much water is supplied the plants will grow out of character, bloat, split and rot. Keep them in small pots as solitary clumps or as colonies in large, shallow terracotta seed pans.

Note: After flowering in the autumn and extending through winter season the plant doesn’t need watering, but they will still be growing, the new bodies will be increasing in size extracting water from the outer succulent leaves, allowing them to shrivel away. In fact the plant in this time extracts water and nutrient stored in the outer succulent leaves, allowing them to dehydrate relocating the water to the rest of the plant and to the new leaves that form during this period until the old leaves are reduced to nothing more than "thin papery shells".

by Gennaro Re
There are a total of 20 Photos.
Click here to view them all!
Cite this page: "Lithops lesliei C036A TL: Near Warrenton, South Africa cv. albinica" Text available under a CC-BY-SA Creative Commons Attribution License. www.llifle.com 14 Nov. 2005. 27 Nov 2022. </Encyclopedia/SUCCULENTS/Family/Aizoaceae/12973/Lithops_lesliei_C036A_TL:_Near_Warrenton,_South_Africa_cv._albinica>