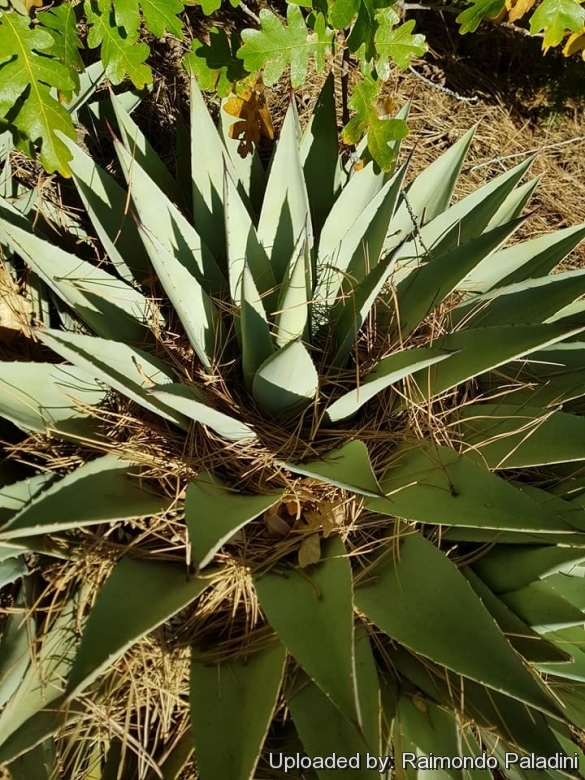 Origin and Habitat: Agave parryi has a widespread distribution, with plants found as far north as north-central Arizona, spreading southeast to southeastern Arizona, the mountains of western Chihuahua, and western Durango, and extending into southeastern New Mexico and extreme western Texas.
Type locality: Graham County, Arizona
Altitude range: Mostly around 1200-2800 metres above sea level.
Habitat and ecology: Agave parryi grows in dry rocky slopes in the upper Sonoran region and lower transition zone in grama grasslands, open oak woodland, pine-oak-forest, and chaparral. Its habitat is a relatively cold climate where temperatures frequently drop below 0°C and the ground is often snow. Like most agave species, this plant is monocarpic, meaning that it will only bloom and bear fruit once during its life before dying. As agaves approach maturity at 10 to 30 years of age, they accumulate a large amount of carbohydrates in their tissues that provide the energy that fuels the rapid development of the large flower spike. This species is pollinated by insects and hummingbirds.

Notes: Mescal (Agave neomexicana, Agave havardiana, Agave gracilipes and Agave parryi).
The significance of the mescal in the life of the Apaches of the South-west cannot be exaggerated. The Spanish named the Mescalero Apaches for the food on which they depended so heavily for survival. Mescal was such an important source of food, fiber, and drink that for nearly six hundred years the home ranges of the Apaches coincided with those of various species of agave. The Lipan Apaches relied on Agave havardiana in the mountains of the Big Bend region, and the Mescaleros depended on Agave neomexicana and Agave gracilipes from the Guadalupe Mountains and on Agave parryi into southern New Mexico. 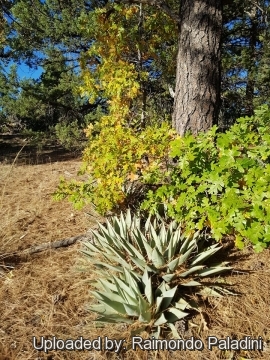 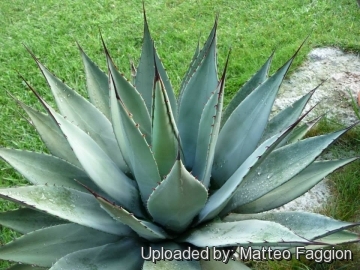 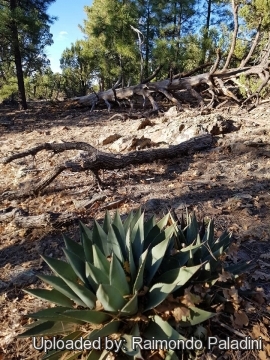 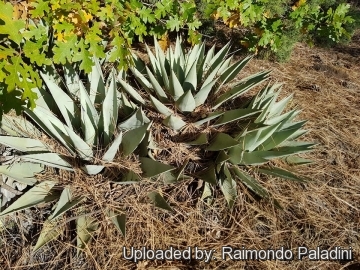 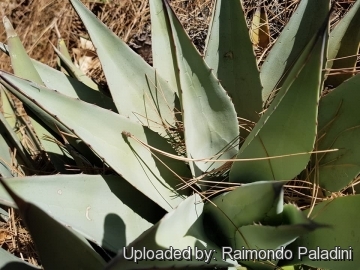 Agave parry in pine-oak-forest at 1400 m asl, near Sedona, Arizona, Usa. Photo by: Raimondo Paladini
Send a photo of this plant.

Cultivation and Propagation: Agave parryi is usually cultivated outdoors in rock gardens, in cactus and succulent gardens, in Mediterranean-style landscapes, in borders, or as a specimen. It suckers, but tends to be slow to sucker, so easy to keep control of. Some varieties, like truncata, hardly sucker at all. It is very frost hardy. Because of its compact size, plus its low water use and low maintenance, it is considered a good landscaping plant for desert residential landscaping.
Growth rate: Slow to medium growing, but speeds up considerably given the best conditions.
Exposure: They do well in full sun or a lightly shaded area with afternoon shade.
Soil: They do best in very well-drained, sandy or gravely soil. As an ornamental it is also grown in containers where it stays smaller than its outdoor brethren. In pots they need a very porous mix soil (e.g. 2 parts peat moss to 1 part loam to 1 part of pumice).
Repotting: Use pot with good drainage.
Fertilization: They grows quickly if kept well nourished with a slow release fertilizer specifically formulated for cactus and succulents applied once or twice a year (poor in nitrogen), including all micro nutrients and trace elements.
Hardiness: Agave parryi is one of the most cold hardy of the agaves, (hardy to -9/-18°C dependin by clones (USDA zones: 9b-11). However some variety (e.g. Agave parryi var. couesii) has proven to grown without particular damages in wet, cold and harsh winters with temperatures down to -20°C or less at least with good drainage).
Scenography: These striking plants are wonderful when used for accent or simply to provide some all year round foliage and often used in a pot as a patio plant, can be moved around to change the scenery or position to give more shelter.
Traditional uses: Used to manufacture mescal and tequila. Native Americans also use plant for food, fiber, soap and medicines.
Warning: It is armed with needle-sharp spines. The juice of this species can be irritating to the skin.
Propagation: Seeds or suckers which often are found growing around the base of the plant, Remove the basal suckers (if available) in spring or summer and let the cuttings dry for a few days before inserting in compost.