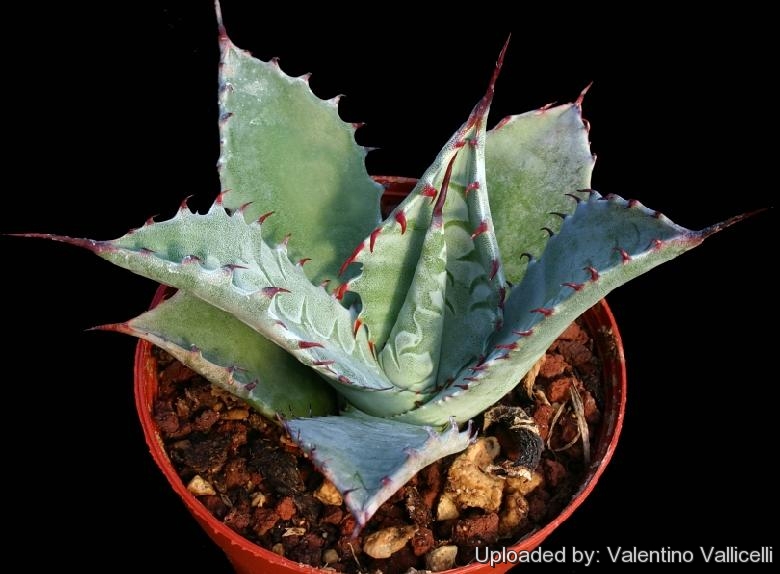 Agave parry RUBY
( A juvenile plant) This is one of the most striking and ornamental agaves, old plants are highly prized and make great landscaping items, as well as excellent potted plants. The leaves in full sun take a nice purple tinge (hence the name).

Origin and Habitat: Garden origin (Nursery selected cultivar)
Ecology: Like most Agave species, this plant is monocarpic, meaning that it will only bloom and bear fruit once during its life before dying. As Agaves approach maturity at 10 to 30 years of age, they accumulate a large amount of carbohydrates in their tissues that provide the energy that fuels the rapid development of the large flower spike.

Description: Agave parryi is a perennial succulent that forms a beautiful compact rosette, slowly growing up to 90 cm in diameter, 60 cm tall depending on subspecies. It (usually) offsets freely forming a small shrub, assuring more plants to replace the original plant once it has flowered, but tends to be slow to sucker. The leaves of the "Ruby" form in full sun take a nice purple tinge (hence the name).
Leaves: Broad short blue-grey with a long dark prominent spine at the tip and dark brown teeth on the margins.
Flowers: The flower stalk is up to 4,5 m tall it starts out like a giant stalks of asparagus, is then topped by a glorious bouquet. The small flowers begin as red or pink buds, opening to a bright yellow they will attract hummingbirds from kilometres around.
Blooming season: Blooms in late spring, early summer only when the plant is 20 years old or more. The plant then dies leaving suckers that grow into replacement plants. 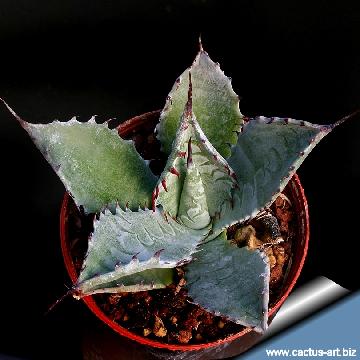 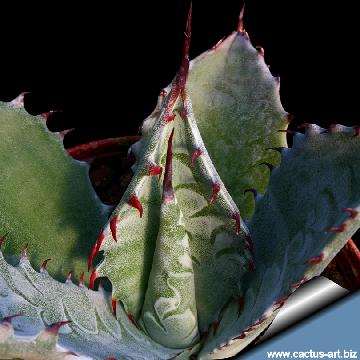 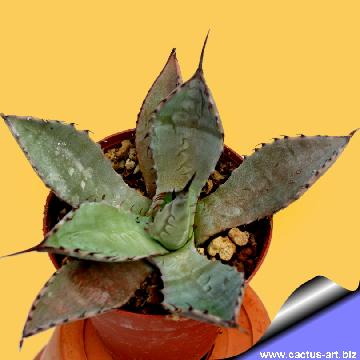 Cultivation and Propagation: A very slow growing agave, parryi is a real beauty and worth the wait, it is highly ornamental and very beautiful. Like all agaves, A. parryi is extremely drought tolerant. Although it will grow larger with supplemental water, its roots need to be in well-drained soil, and will rot if kept wet. Several varieties are offered in the trade. Likes full sun, but will tolerate shade. One of the hardiest agaves (Resistant to -7°C or less)
In winter watering this plant can be done once every 1-2 months, there is no need to mist the leaves.
Propagation: Relatively easy to propagate by seeds. (Barely cover the seeds using well draining soil mix. Keep lightly moist. Provide filtered sunlight until germinated and gradually move to brighter light) or by suckers (Remove the basal suckers in spring or summer and let the cuttings dry for a few days before inserting in compost)
Uses: It is attractive massed in the succulent garden as a large scale groundcover they are also wonderful when used for accent or simply to provide some all year round foliage colour and often used in a pot as a patio plant, they make an eye-catching statement and along with other evergreen plants in pots, can be moved around to change the scenery or position to give more shelter. It is also well suited for containers.
The Indians also used the century plant as a source of food, fibres, soap, medicine and weapons.