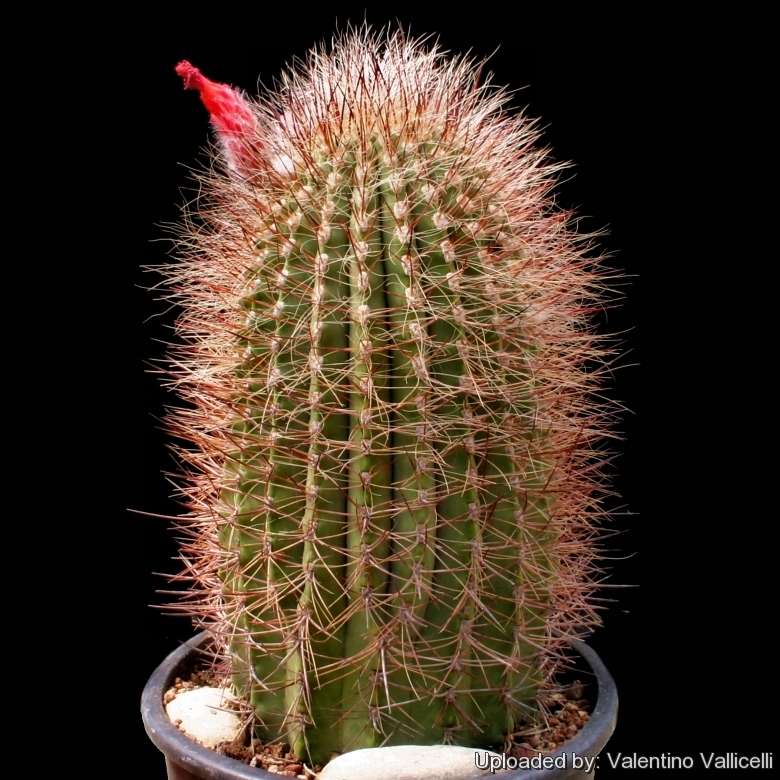 Cereus erythrocephalus (Denmoza erythrocephala) Photo by: Valentino Vallicelli
It is a barrel type of cactus with extraordinary scarlet zygomorphic, tubular flowers it is a very variable species.

Origin and Habitat: Denmoza erythrocephala (= Denmoza rhodacantha) is widespread throughout the mountains of Argentina, where it occurs in Mendoza, San Juan, La Rioja, Tucumán, Catamarca and Salta.
Altitude range: This species at elevations between 800 and 2800 metres of elevation above sea level.
Habitat: Eastern slopes and foothills on monte habitat, in gravel soils , together with Cereus aethiops, Echinopsis leucantha, Opuntia sulphurea, Maihueniopsis glomerata, Eriosyce strausiana and Trichocereus candicans. Denmoza rhodacantha has a wide range, is locally abundant, is present in several protected areas, and is not utilised. The major threats to this species are mining activities and fires. 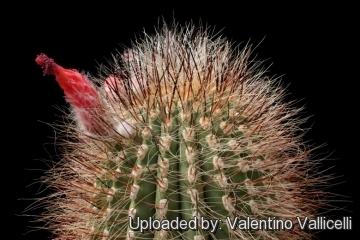 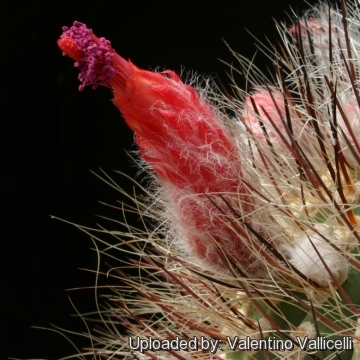 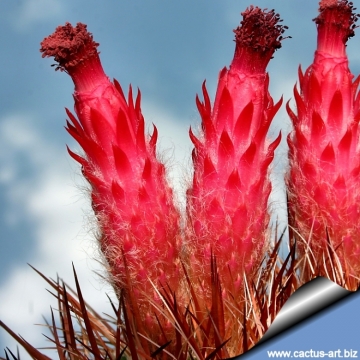 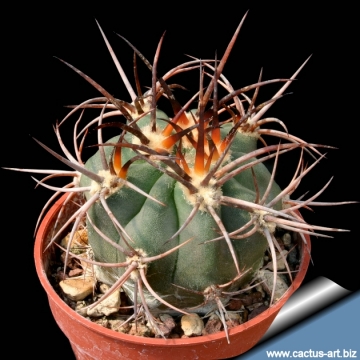 Cultivation and Propagation: D. rhodacantha/erythrocephala is a summer grower species that offers no cultivation difficulties, though very slow growing. Water regularly in summer (but do not overwater ) needs good drainage and very porous soil, keep rather dry in winter. Feed with a high potassium fertilizer in summer. It is quite frost resistant if kept dry (hardy to -7° C). Need a bright exposure, full sun or half shade in summer.
Propagation: Direct sow after last frost as usually fail to produce offsets.