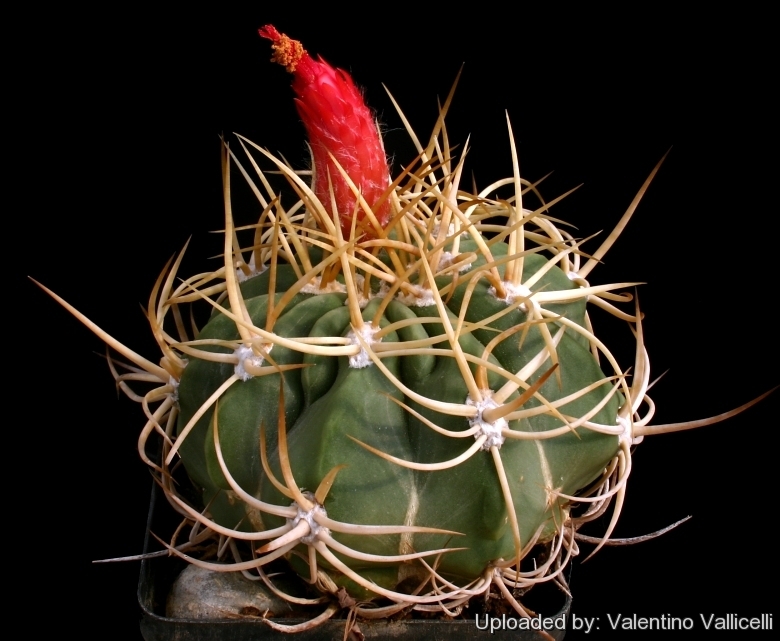 Denmoza rhodacantha var. diamantina Photo by: Valentino Vallicelli
The name of variety derives from " Rio diamante" (Diamond river) in the province of Mendoza. It has impressive and showy ivory or yellowish spines. The spines shape and colour of this species changes considerably with age and the old specimen after many years start producing long white bristle. 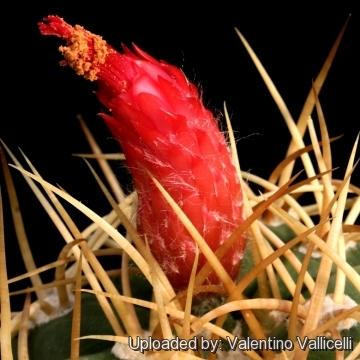 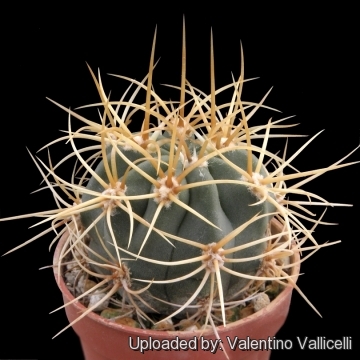