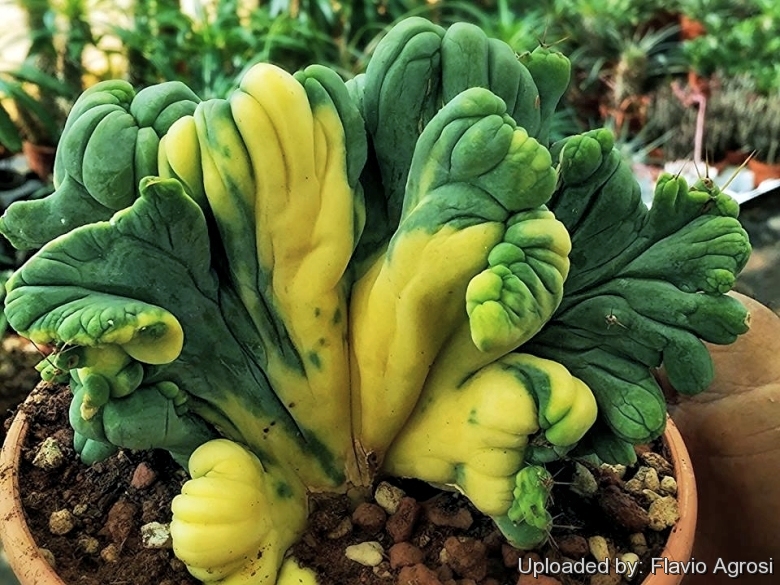 Description: This is the odd crested and variegated in creamy-yellow clone of the monstrous form of Trichocereus bridgesii (a.k.a. “Crested variegated Penis Cactus”) It is one of the rarest and more fascinating crested cacti sought after by cactus impassioned. This cultivar is stable and remain mostly monstrous.
Stem: Glaucous-green with cream-yellow patches or sectors, forming intricately upright fan shaped sculpture that can slowly grow up to 25 (-40) cm tall. It shows different crested, monstrous and variegate shapes even on the same plant.
Spines: Absent or ( if present) in group of up to 4 on rare areoles located in the thinner part of the monstrous crested growth. They are aciculate, straight, quite strong, honey-coloured to brown up to 4 cm long.
NOTE 1: There exist several mutant varieties of Tichocereus bridgesii that are highly prized by cactus impassioned. These include a crested variety, a variegated variety and two variants of monstrous growth. Of the monstrous varieties, one is often known by the name Penis Plant. Two more recently developed clones are now available, the fist of which exhibits both monstrous and crested growth whilst the second shows both monstrous and variegated growth.
NOTE 2: The chemical composition of the 'Penis Plant' is supposedly the same as that of the typical Trichocereus bridgesii. 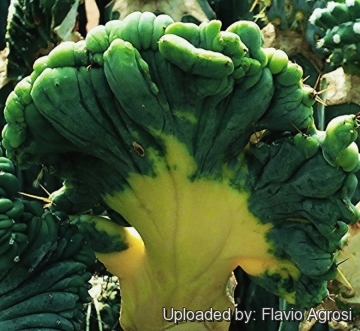 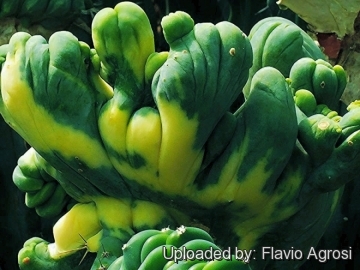 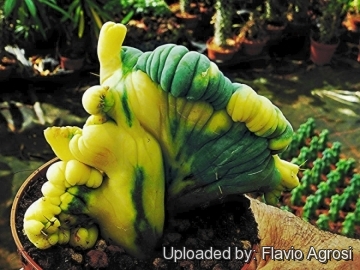