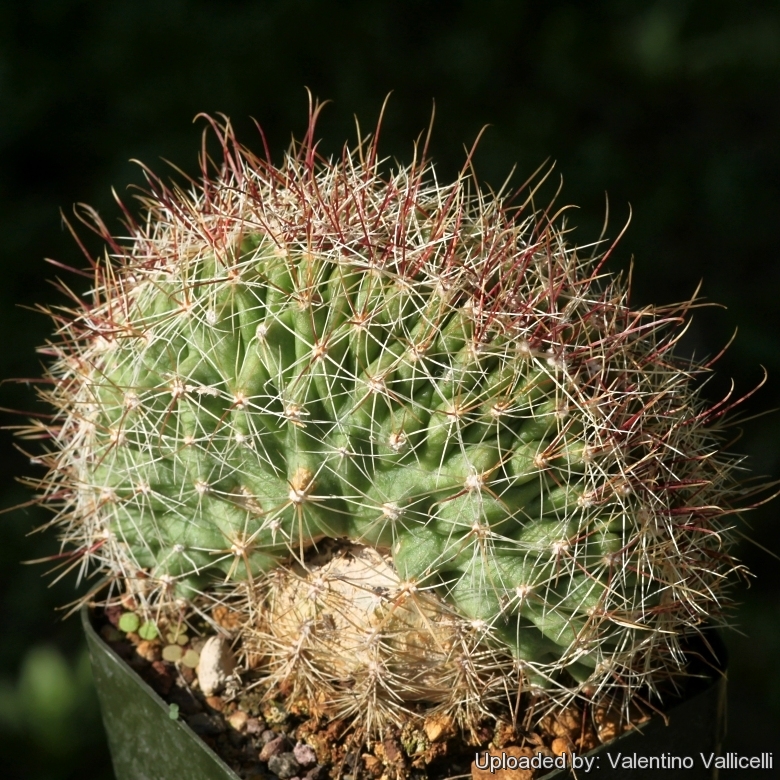 Origin and Habitat: Garden origin. The original natural habitat of this species is Southern Texas, New Mexico, and northern Mexico.

Description: The typical Ferocactus hamatacanthus is a medium sized barrel cactus with hooked spines somewhat variable in number, diameter, and position, depending on origin.
Crested form: These plants produce crests (fan shaped shoots). Crested specimens are often grafted on stronger species, called the stock, that can be any number of different columnar cactus. 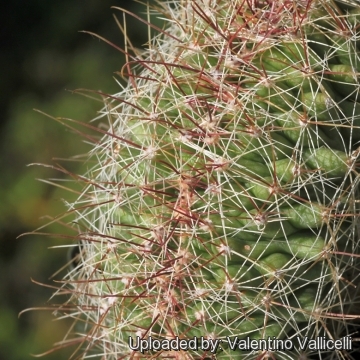