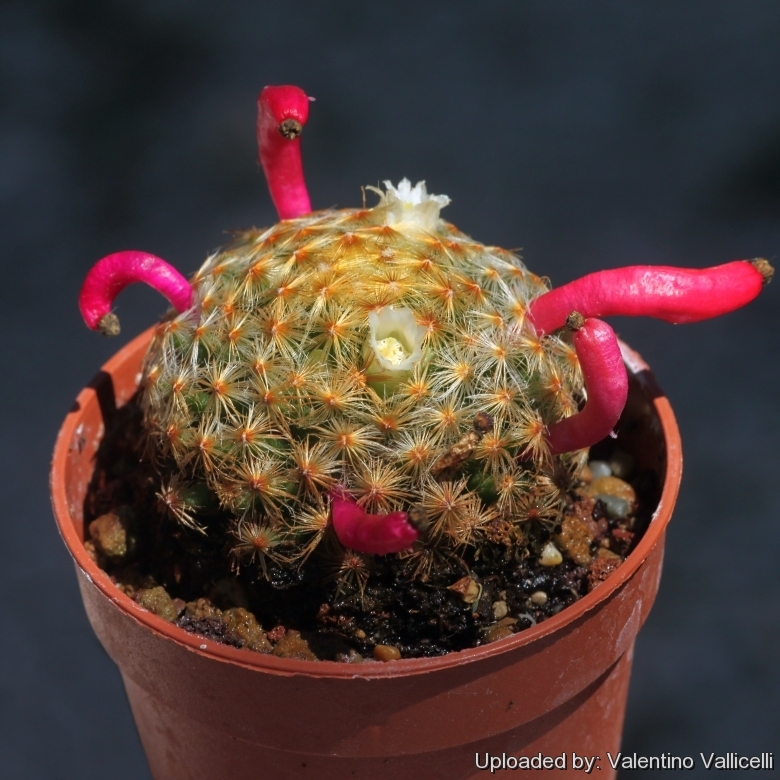 Origin and Habitat: Mammillaria schiedeana is endemic to Mexico in the states of Guanajuato, Hidalgo, Querétaro, San Luis Potosí, and Tamaulipas. It has a restricted range (extent of eccurrence less than 20,000 km2)
Altitude: It occurs at elevations of 1,100 to 1,600 metres above sea level.
Habitat and Ecology: Mammillaria schiedeana is is rare across its range and is found growing on limestone and rocky slopes in submontane matorral together with Gymnocactus horripilus, Mammillaria geminispina, Astrophytum ornatum, Tillandsia alba, Bursera morelensis, Ferocactus glaucescens, Cephalocereus senilis, Stenocereus dumortieri, Stenocereus marginatus, Myrtillocactus geometrizans, Echinocactus platyacanthus, Opuntia bergeriana, Opuntia tomentosa, Opuntia atropes, Opuntia streptacantha, Opuntia imbricata, Opuntia pumila and Agave angustifolia. This species is threatened by illegal overcollection for trade for use as an ornamental. 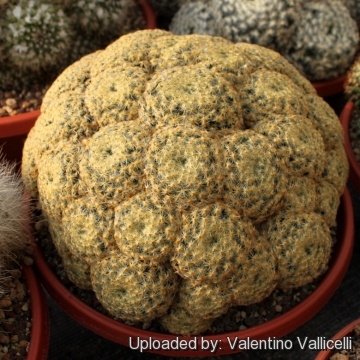 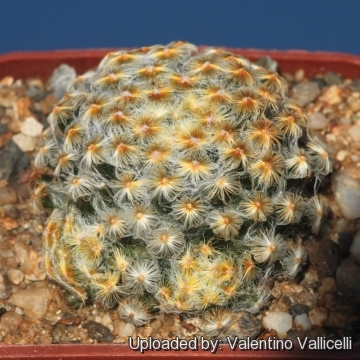 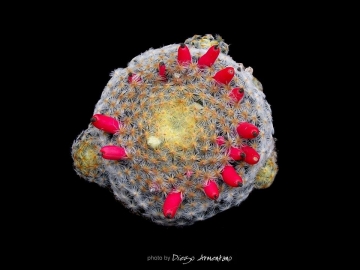 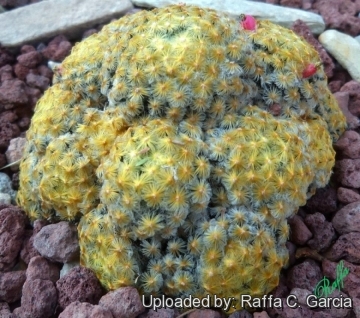 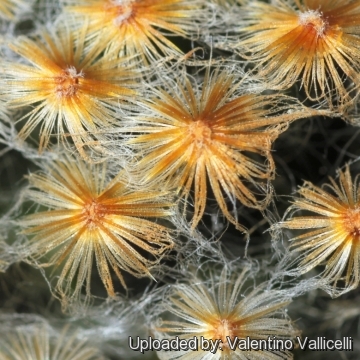 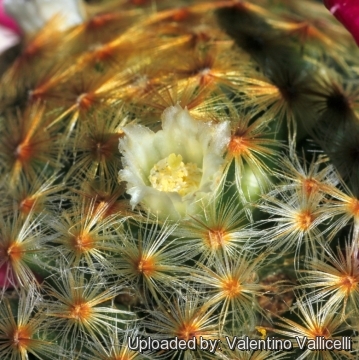 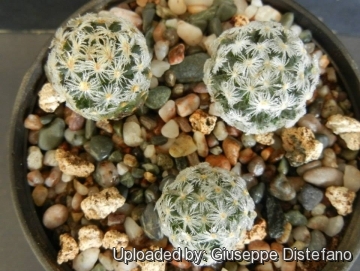 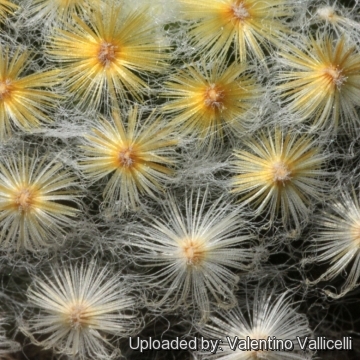 Cultivation and Propagation: Mammillaria schiedeana is a slow growing species of relatively easy culture, recommended for any collection. If grown correctly, it will reward the grower with generous displays flowers.
Growth rate: It grows slowly in its natural habitat, but in greenhouses it grows more quickly. In cultivation it cluster after several years forming small mounds.
Watering: It is noticeably sensitive to excess moisture, as the roots are prone to rot. Water regularly in summer, but do not overwater. Let the soil dry out between watering. Keep dry in winter.
Soil: Use pot with good drainage and a very porous potting media.
Fertilization: Feed with a high potassium fertilizer in summer.
Hardiness: It is quite frost resistant if kept dry, hardy as low as -5° C (some reports give it hardy to -5°C)
Sun Exposure: High levels of light are needed to flower and for good spine development. Can be sunburned if moved from shade/greenhouse into full sun too quickly. During the spring it may be able to take full sun until the heat arrives at the end of spring. In an area that has hot afternoon sun, it may be able to take full morning sun, but requires afternoon shade or afternoon light shade.
Repotting: Re-pot in the spring when its roots become cramped. Generally, it should be re-potted every other year, in order to provide fresh soil. After re-potting, do not water for a week or more. For best results, use a shallow pot, and only use the smallest diameter pot that will accommodate the plant.
Propagation: Direct sow after last frost (usually) or division, wait until the offsets that appear at the base of old clustered specimens are 1/3 the size of the parent and then detach and plant. (Cuttings root quickly)