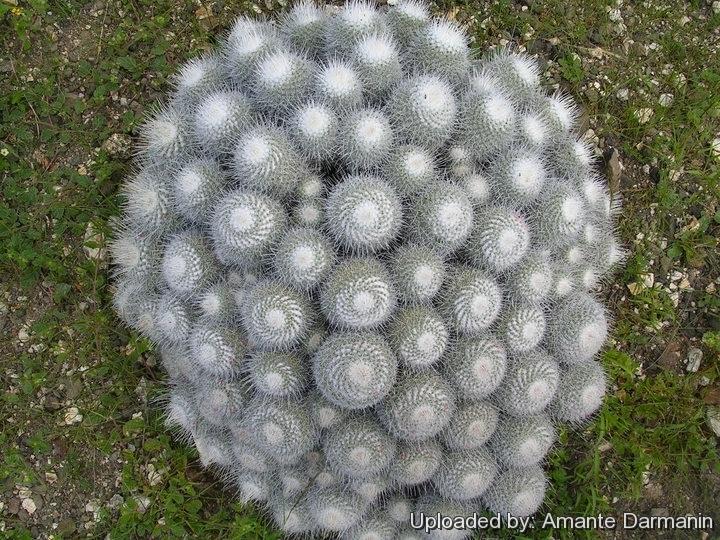 Mammillaria geminispina Photo by: Amante Darmanin
Growing habit at Metztitlan, Hidalgo, Mexico. This Mammillaria gets only better looking with age. It will continue to put on more and more heads, as well as more white cotton topping. The heads form mounds that seem stacked on top of each other.

Description: Mammillaria geminispina is a highly variable densely spined species. Some cluster aggressively and form 30 to 90 cm large clumps that appear white, while other seem to stay more solitary.
Stem: Short cylindrical, light green whit latex, up to 18 cm high and 8 cm in diameter.
Tubercles: Rounded with latex. The axil is filled by white wool and 10 - 20 long white bristles.
Spines: Spines are variable too, some plants have very short while others have long spines.
Central spines: 2 (to 6) pure white or white with dark tip that protrude far out from the rest, straight or slightly curved, 0,5 to 4 cm long (or more).
Radial spines: 16 to 20 chalky white, interlacing up to 7 mm long.
Flowers: Campanulate, pinkish to carmine red, with darker midveins, to 20 mm long and in diameter usually in a ring in the growth of the previous year but sometime more randomly over the body. If grown from seed, M. geminispina can take seven to eight years before flowering.
Fruits: Red
Seeds: Brown. 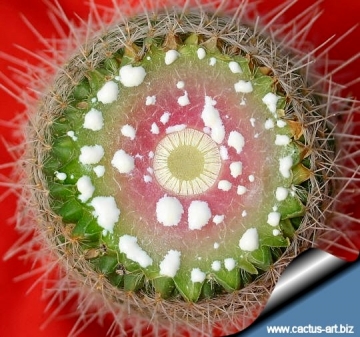 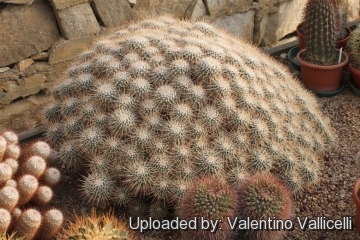 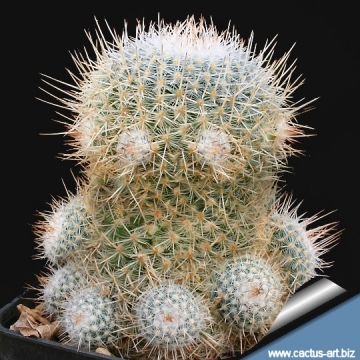 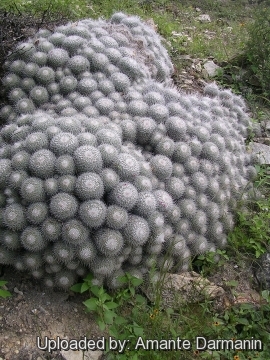 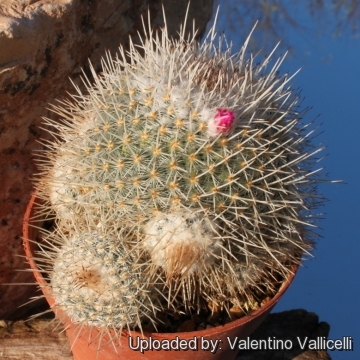 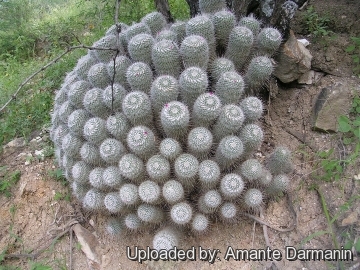