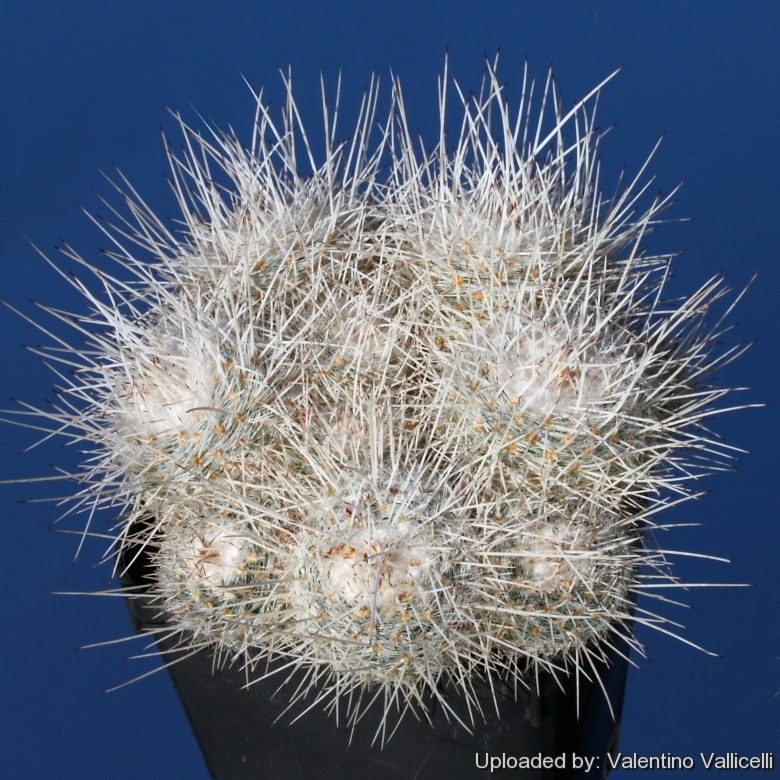 Cactus nobilis (Mammillaria geminispina var. nobilis) Photo by: Valentino Vallicelli
This plant is easily recognized for its long white spines that cover the new growth, flowers are carmine in late spring and sometime in autumn too. This Mammillaria gets only better looking with age. It will continue to put on more and more heads, as well as more white cotton topping. The heads form mounds that seem stacked on top of each other.

Description: Mammillaria geminispina is a highly variable densely spined species. Some cluster aggressively and will eventually grow into a large plant form 30 to 90 cm large with many broad stiff stems. The var. nobilis is one of the finest species in the genus distinguished by fewer but longer central spines that are of the same lenght.
Stem: Short cylindrical, light green whit latex, up to 18 cm high and 8 cm in diameter.
Tubercles: Rounded with latex. The axil is filled by white wool and 10 - 20 long white bristles.
Spines: Spines variable but noticeably longer then in other form and varieties.
Central spines: 2 (to 6) pure white or white with dark tip that protrude far out from the rest, straight or slightly curved, up to 4 cm long (or more).
Radial spines: 16 to 20 chalky white, interlacing up to 7 mm long.
Flowers: Campanulate, pinkish to carmine red, with darker midveins, to 20 mm long and in diameter usually in a ring in the growth of the previous year but sometime more randomly over the body. If grown from seed, M. geminispina can take seven to eight years before flowering.
Fruits: Red
Seeds: Brown. 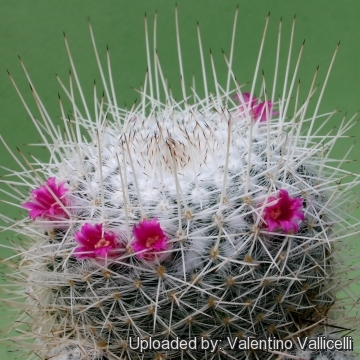 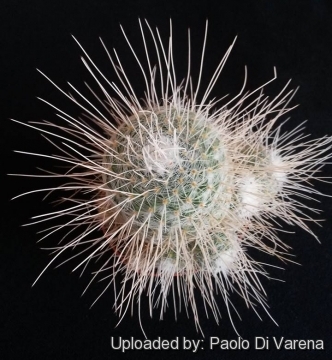 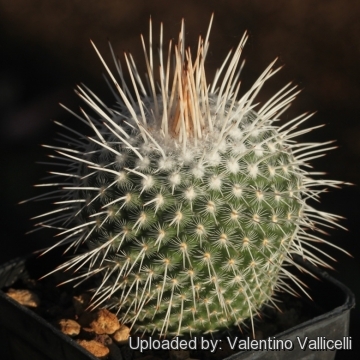 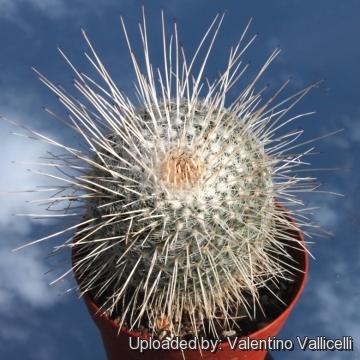 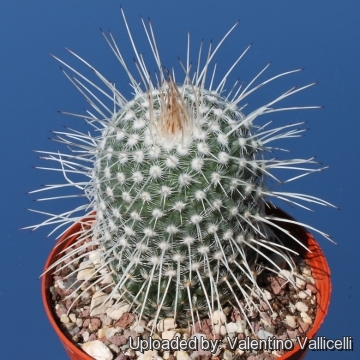 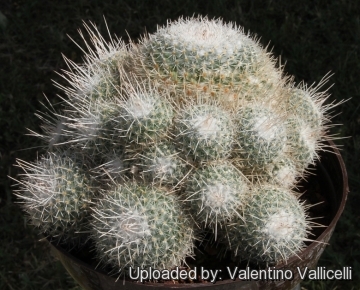 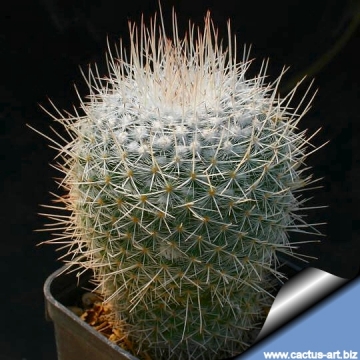 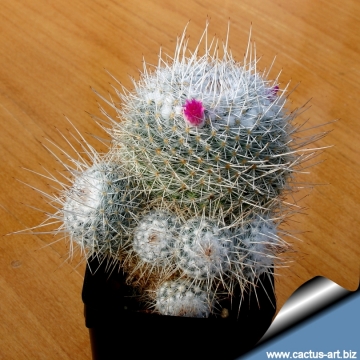