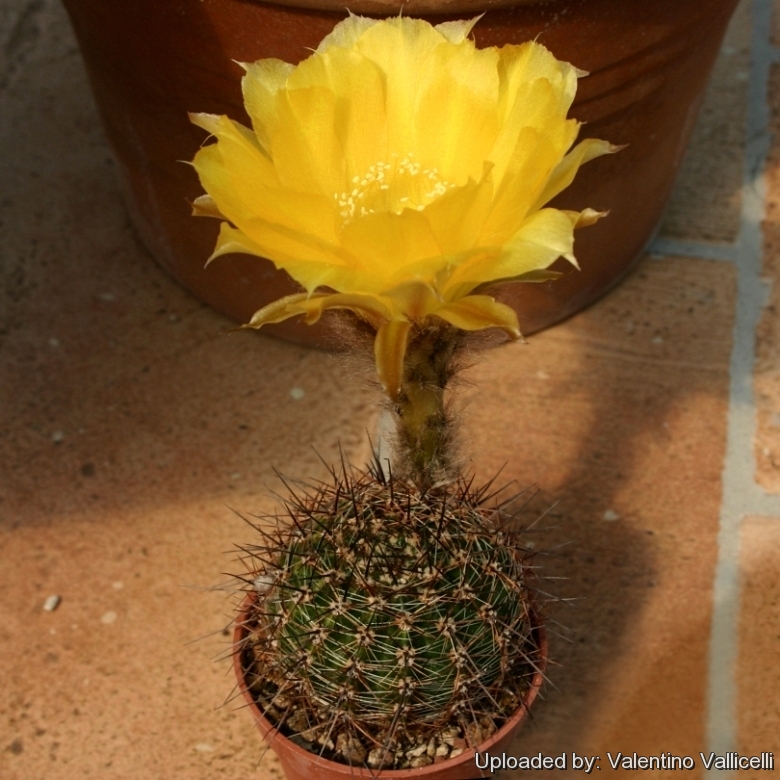 Description: Lobivia aurea is a very variable taxon with solitary or branched stems with many basal and lateral offshoots. There are several varieties with very different spine shape and length. The var. sierragrandesis has long thin spines.
Stems: Dark green globular or elongated reaching a height of 15cm and a diameter of 4 to 10 cm or more.
Ribs: 14 to 15 sharp-edged separated by deep grooves.
Areoles: Brown on young plants.
Radial spines: More than 10 thin, clear about 1 cm. long pointing outward,
Central spines: Usually 4 , 2 to 4 cm long. The one to four central spines are thicker reddishi-brown to blackish with yellow tips.
Flowers: Up to 10 cm long. They are usually lemon yellow and bright yellow inside. Blooms in flushes in late spring and occasionally in summer. Buds are covered by long silky hairs and grow laterally from the centre of the stem. The tube is slightly curved, funnel-shaped, slender and a greenish white, with pale green scales red at the base, with white and black down. 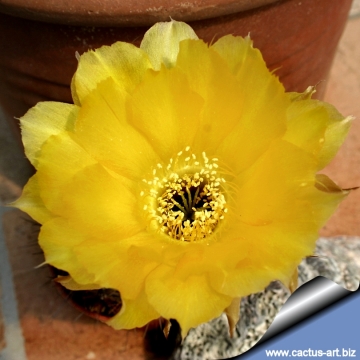 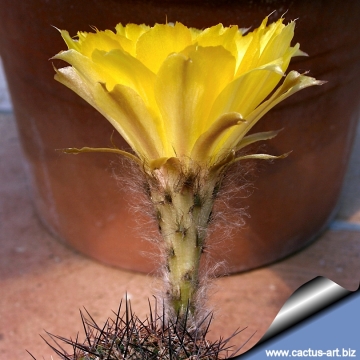 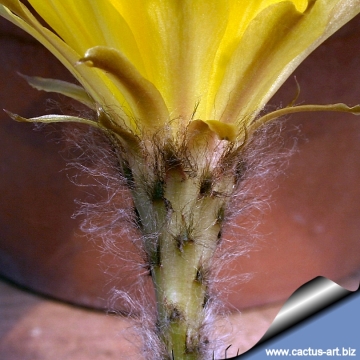 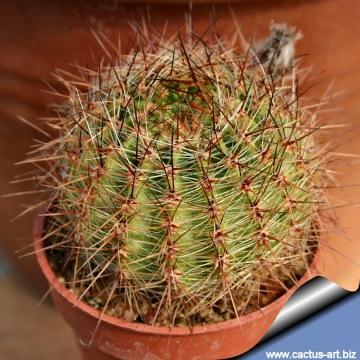