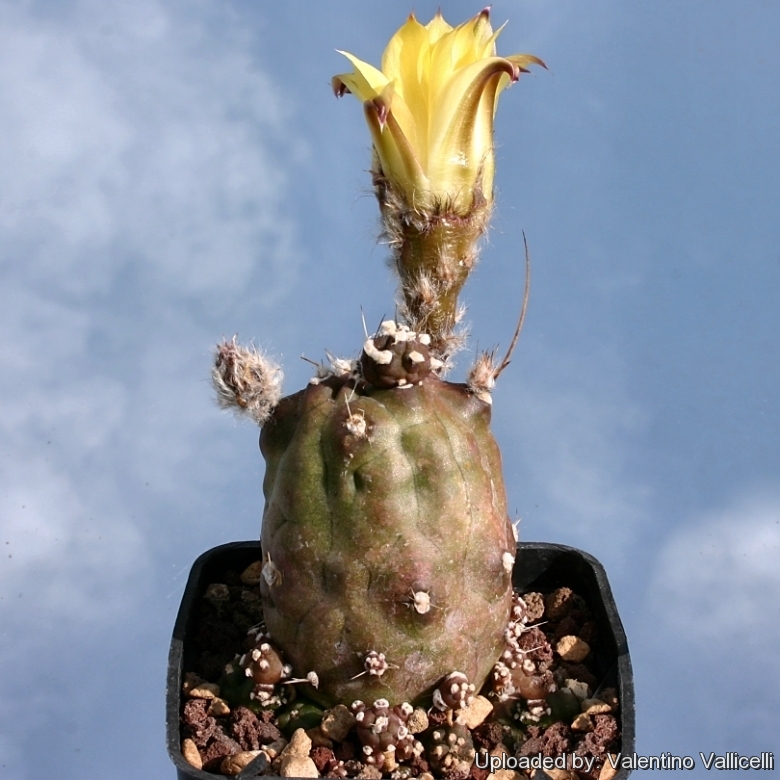 Description: The standard Lobivia aurea v. shaferi is a very spiny cactus. The monstrous form here described is a quite different almost spineless clustering plant with ovoidal growth habit that branches profusely and can slowly grow up to 30 cm tall.
Stem: Composed by upright sections that branches avidly up to 3-8 (-10) cm tall by 3-5 cm in diameter, bright-green to dull olive-green with purple hues in full sun, with only a few areoles with a short white wool. The areoles are arranged irregularly and often are fused to form peculiar horizontal lines contrast with the stem.
Spines: Few honey-coloured to brown with darker tips, located on the few areole in groups. They can grow up to 4–25 mm long.
Flowers: Yellow and monstrous looking with short curled petals and a greenish to orangish floral tube. 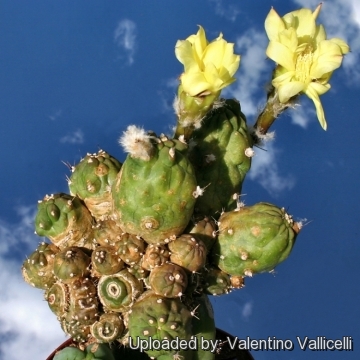 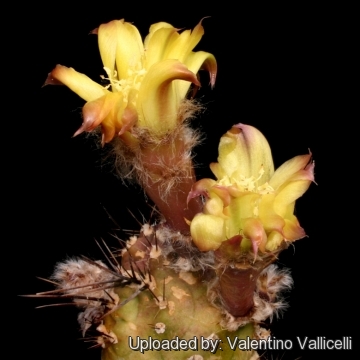 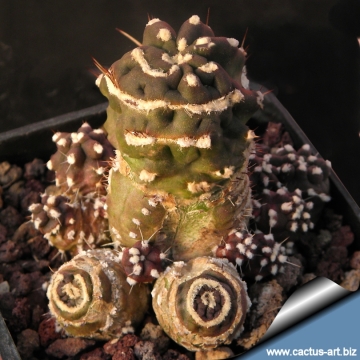 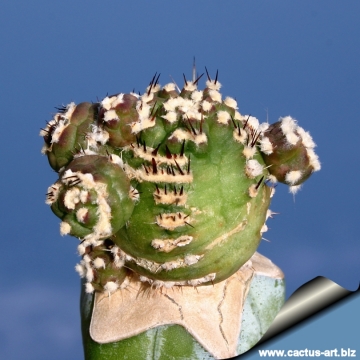 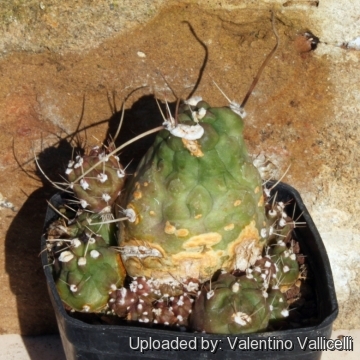 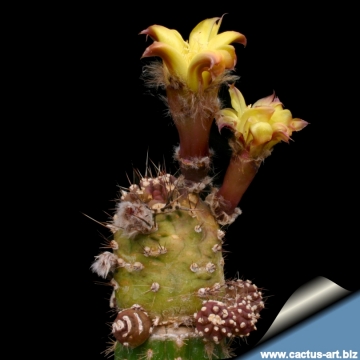 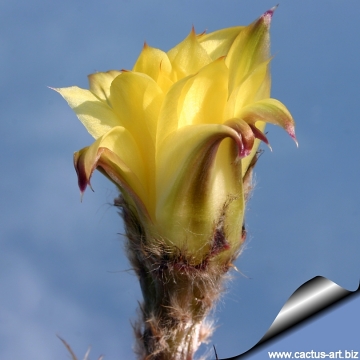 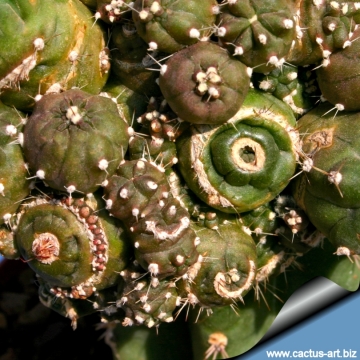 Cultivation and Propagation: Echinopsis aurea forma monstruosa is very easy to cultivate and propagates readily from cuttings. Nevertheless, it is appropriate to provide adequate growing conditions in order to obtain abundant blooms.
Growth rate: It is a relatively rapidly growing species that will make large clumps given the best conditions.
Soils: As most Echinopsis cultivated for their blossom, it needs a soil mixture a little richer than the average cactus with still an excellent drainage. Prefer a low pH compost, avoid substrata too rich in limestone.
Repotting: This plant needs plenty of space for its roots, repotting should be done every other year or when the it has outgrown its pot. It is rot prone and should be planted in a shallow pot. Use pot with good drainage.
Watering: Needs moderate to copious waterings in summer (it is more demanding than other cactus), but do not overwater, keep dry in winter at a minimum temperature of 0°C.
Fertilization: Feed with a high potassium fertilizer in summer.
Hardiness: It is quite frost resistant if kept dry and hardy to -5° C. However warmth throughout the year will increase the grower's success (minimum 5° C during rest season).
Exposition: The plant tolerates bright situations which encourages flowering and heavy spine production, but is likely to suffer from sun scorch or stunted growth if over exposed to direct sunlight during the hottest part of the day in summer. It grows well with filtered sunlight or afternoon shade.
Uses: It is an excellent plant for container growing. It look fine in a cold greenhouse and frame or outdoor in a rockery. It is also used as a rootstock for grafting delicate and slow growing cactus species.
Pests & diseases: It may be attractive to a variety of insects, but plants in good condition should be nearly pest-free, particularly if they are grown in a mineral potting-mix, with good exposure and ventilation. Nonetheless, there are several pests to watch for:
- Red spiders: Red spiders may be effectively rubbed up by watering the plants from above.
- Mealy bugs: Mealy bugs occasionally develop aerial into the new growth among the wool with disfiguring results, but the worst types develop underground on the roots and are invisible except by their effects.
- Scales: Scales are rarely a problem.
- Rot: This species is particularly easy and accommodating, seldom suffer of cryptogamic diseases. Rot it is only a minor problem with Echinopsis if the plants are watered and “aired” correctly.
Propagation: Offsets or grafting. To make a cutting twist off a branch and permit it to dry out a couple of weeks, lay it on the soil and insert the stem end partially into the soil. Try to keep the cutting somewhat upright so that the roots are able to grow downward.