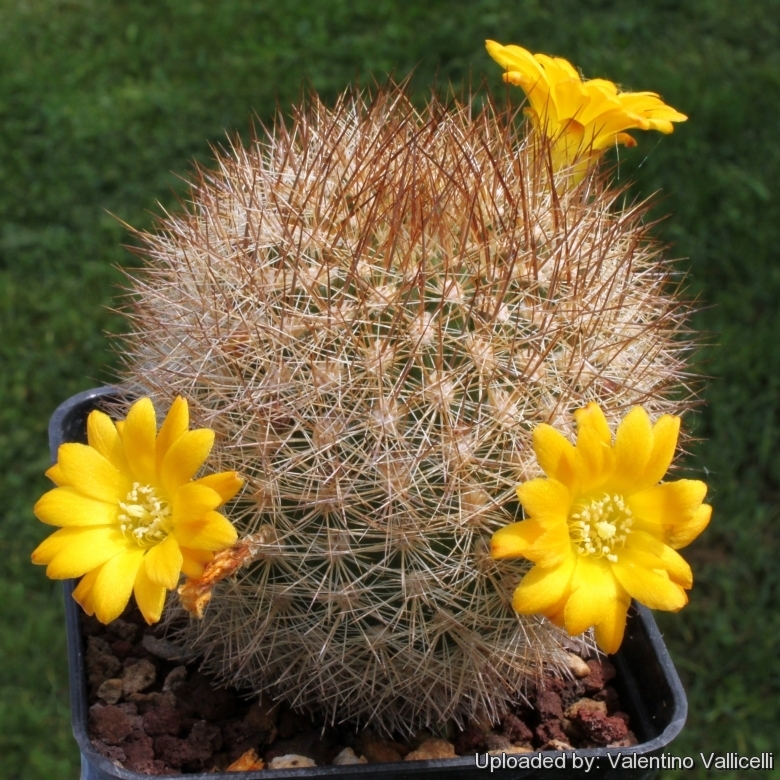 Description: Rebutia pruinosa, better known as Weingartia pruinosa, is a local or morphological form of the variable Rebutia neocumingii. It is a nomen nudum, a species never officially described (Catalog Uhlig 2000 et K. Kníže index 2005 Field number KK1523). It is a choice solitary form with very dense, more numerous spines, winch are finer and straw-coloured or brownish. The flowers forms an irregular crown on the plant apex and have a hard time coming through the dense mass of spines. This cactus is indeed beautiful even without its blooms. It is similar to Rebutia neocumingii var. mairanensis|SN|15315]] and related with Rebutia neocumingii subs. lanata and Rebutia neocumingii subs. riograndensis?.
Stem: Usually solitary, globose to short cylindrical up to 10 cm wide, 20 cm tall.
Ribs: 16 to 18 tuberculate, often spiraling.
Central spines: 2-8 up to 3 cm long.
Radial spines: Up to 24 not easily distinguishable from centrals, dull creamy-white, yellowish, straw-yellow or brownish often with darker brown tips, up to 2 cm long.
Flowers: Approx. 2 cm long, 2,5 cm in diameter, they are produced (unusually) all over the body of the plant expecially near the very tips of the stems differing from other rebutias in that its flowers appear very near the meristem as opposed to the lower, stem side and base locations of those others. As well, on this and a few other ex Weingartia species, one areole can produce up to 4 flowers.
Blooming season: The flowers are produced in early summer and remain open for five or six days. 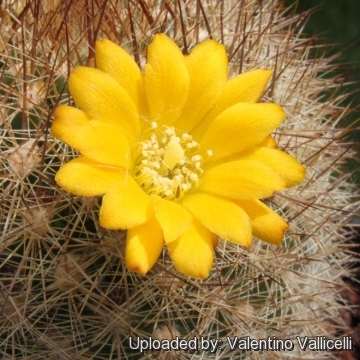 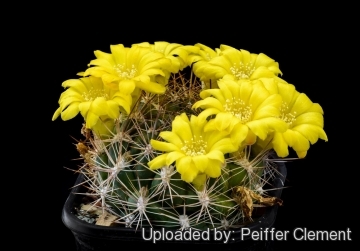