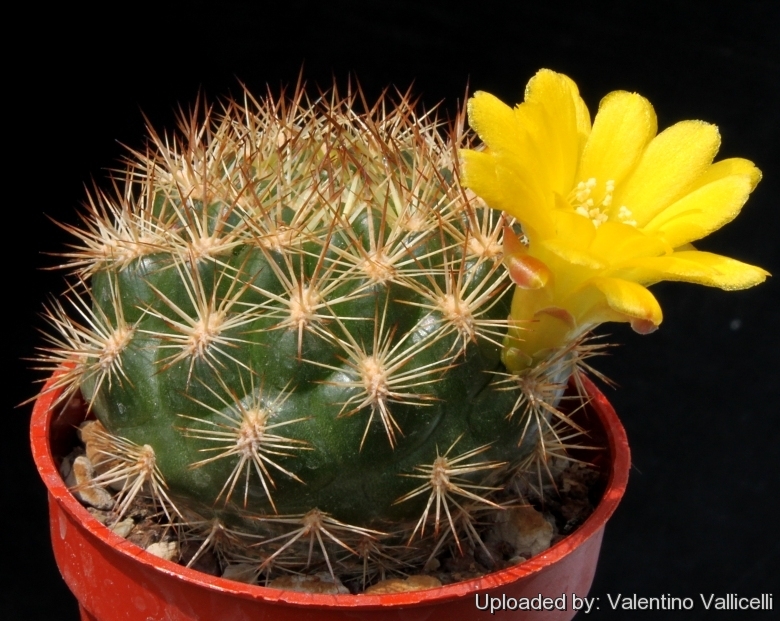 Description: Rebutia neocumingii var. koehresii|SN|15504]] is one of the many form of the variable Rebutia neocumingii, distinguishable for the more numerous, but shorter, spines and yellow blooms. However the var. koehresii is not easily separable from the other Rebutia neocumingii and the plants are not readily distinguishable, if not for the geographical provenance.
Stem: Usually solitary, globose to short cylindrical up to 10 cm wide, 20 cm tall.
Ribs:16 to 18 tuberculate, often spiraling.
Central spines: 2 to 8 up to 2 cm long.
Radial spines: 5 to 24 yellowish with brown tips, about 1 cm long.
Flowers: Approx. 2 cm long, 2,5 cm in diameter, they are produced (unusually) all over the body of the plant expecially near the very tips of the stems differing from other rebutias in that its flowers appear very near the meristem as opposed to the lower, stemside and base locations of those others. As well, on this and a few other ex Weingartia species, one areole can produce up to 4 flowers.
Blooming season: The flowers are produced in early summer and remain open for five or six days. 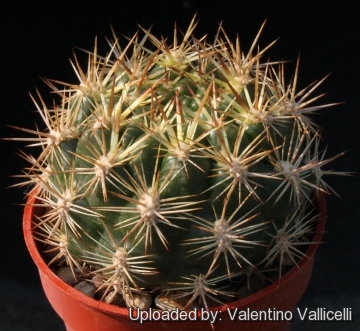 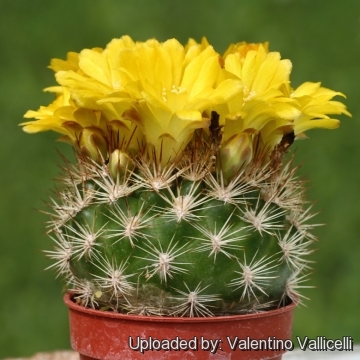