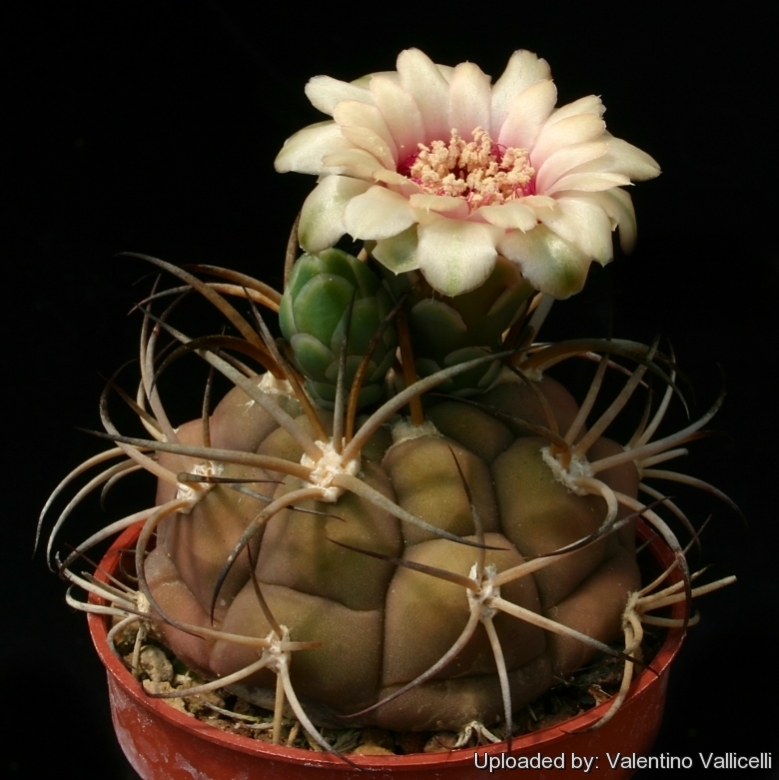 Gymnocalycium pflanzii var. albipulpa Photo by: Valentino Vallicelli
This South American beauty has a purple tinged body and nice white flowers with a purple throat. The characteristically purple hue of this specie varies during the year. The bright colouring depends on sun exposure and is at its best (and showy) in winter.

Description: Gymnocalycium pflanzii var. albipulpa is a naturally occurring variant of Gymnocalycium pflanzii distingushed by it white fruit pulp (not red). It looks very much like the standard Gymnocalycium pflanzii and it is hard to tell apart one from the others if not for the fuit. In accordance with the variability of the species the “albipulpa” variety is invalid and nowadays considered as a synonym.
Habit: Solitary or slowly clustering,
Stem: 10-15 (25) cm in diameter, 10 cm tall, pale green that turns to an orangish purple in full sun. The epidermis has a velvety appearance. The apex is slightly depressed and woolly.
Ribs: 10 to 12 thick, divided into polygonal rounded (not chinned) tubercles, separated by arched furrows.
Roots: Fibrous
Areoles: Large, oval, 10x14mm, yellowish then blackish, dismantling with time.
Spines:Strong, bent, initially blackish with a brown base then becoming grey-pinkish with black point.
Radial spines: 7-9 (5), up to 25mm long.
Central spines: one or two central spines of the same length.
Flowers: Bell-shaped near the apex, diameter and height 45-50 mm. Pericarpell dull green and very short. External tepals are spatulate, slightly bent outward, white with brownish green midribs. The inner tepals are narrower, spatulate and slightly denticulate, white with a carmine-pink, purplish throat. Styles are carmine with carmine pink 10-12 lobes. Pollen is yellow.
Fruit:* Sub-spherical, approximately 2 cm in diameter, becoming greenish white to orange at maturity. Pulp is white (not cherry-red).
Seeds: Microsemineum type, section pirisemineum, very small (0.6 X 0.4 mm), testa reddish, shining and smooth. 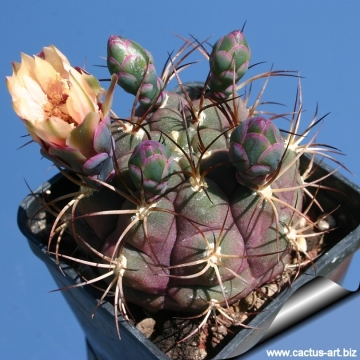 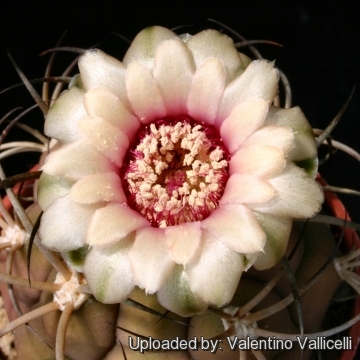 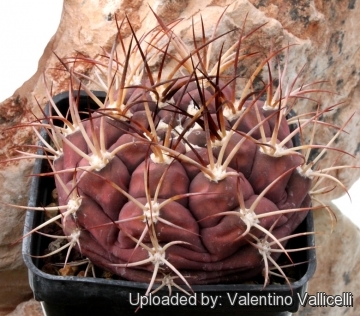 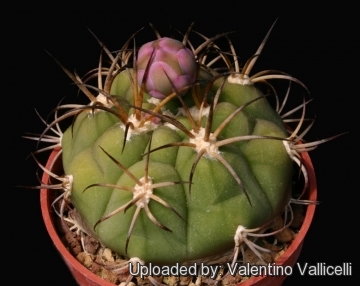 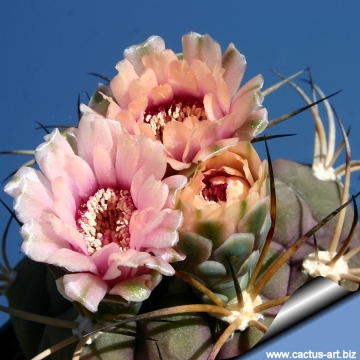 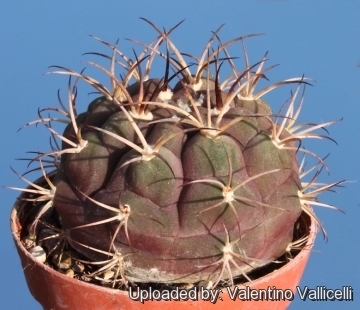 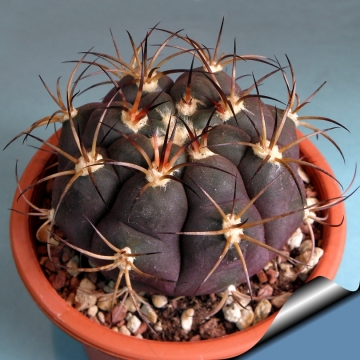 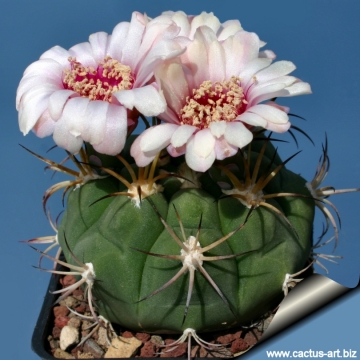