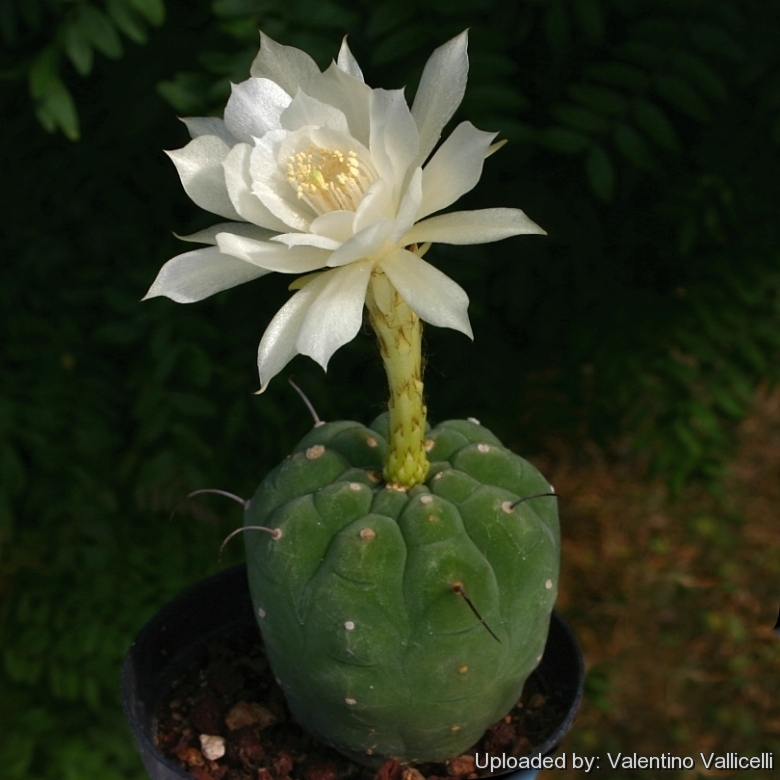 Matucana madisoniorum f. albiflora Photo by: Valentino Vallicelli
Albiflora in Latin means "white flowering". It is like the species but with beautifully cream-white flowers.

Origin and Habitat: Unknown, probably horticultural, but its ancestor is most likely from Peru (Amazonas)

Description: Matucana madisoniorum f. albiflora is a flower variant of Matucana madisoniorum distinguished from the latter by the creamy-white blooms. The differences with other Matucana madisoniorum are in reality very minimal and the two plants are not readily distinguishable, if not flowering.
Habit: It is a solitary globose cactus that may clump with age. Plant has flattened ribs resembling Lophophora, the ones that lack spines look so much like peyote that the uninformed may think they actually are.
Stem: Flat globular to elongate with age up to 15 cm tall and 10 cm in diameter. One of most endearing feature of this plant is its unusual rough textured blue or grey-green epidermis.
Spines: Sometimes individual plants may be almost entirely spineless, while other specimens are covered with spines or have spines missing on parts of the plant. Seedlings of this species are all densely covered with long, curving spines; however, seedlings from plants growing at lower altitudes will ordinarily lose their spines at maturity, while those from higher altitudes keep theirs, but it is very variable in this respect, and spineless plants can grow spiny offsets, or get just an occasional spine.
Flowers: Zygomorphic tending to lean on one side, white to cream/white, 3.5 cm in diameter, and slightly longer 5-7 (10) cm long.
Blooming time: Flowers more than once in several flushes throughout the summer.
Remarks: Paul Hutchinson of the University of California Botanical Gardens discovered Matucana madisoniorum about 1963 or so in a valley in Peru. 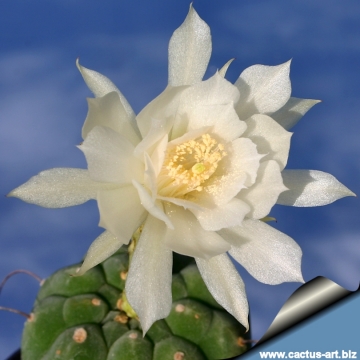 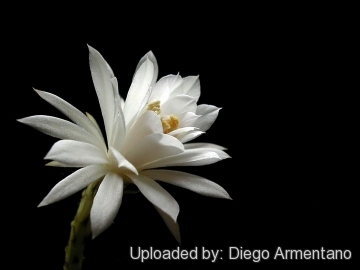 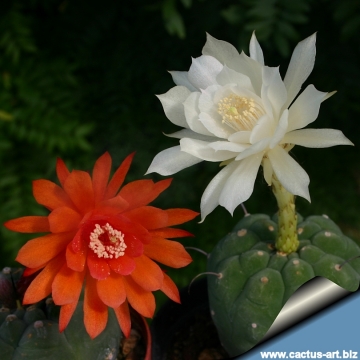 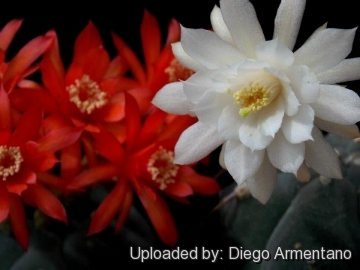 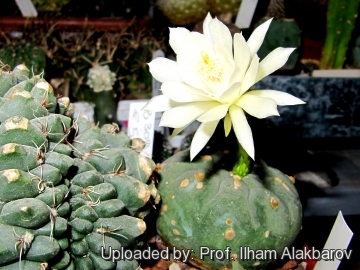 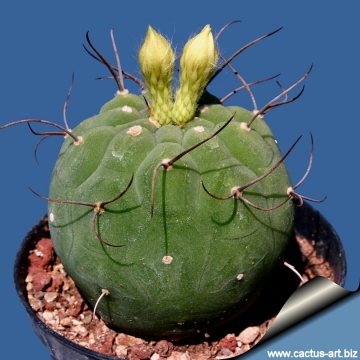 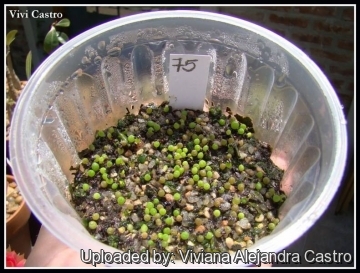 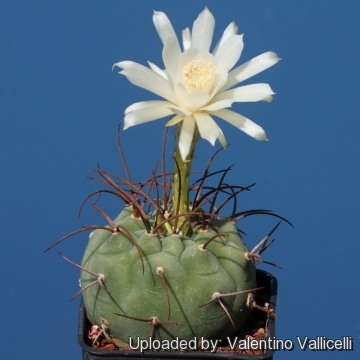 Cultivation and Propagation: Matucana madisoniorum grow slowly in their natural habitats, but in greenhouses or grafted they grow quickly with tissue that is less firm.
Hardiness: Not very hard to grow if protected from freezing temperature they needs care in cultivation to reach a good size without developing unsightly marks, need a minimum temperature of 10? C, but may survive a light frost.
Exposure: They benefit from a good light but not severe sunlight.
Soil: Grow it in rich, porous soil.
Repotting: Repot in the spring when their roots become cramped. Generally, they should be repotted every other year in order to provide fresh soil. However, this doesn't necessarily mean they'll need larger containers. After repotting, do not water for a week or more.
Waterings: Water sparingly from March till October, the thin, fibrous roots suffer if there is humidity, therefore the plant should be watered only when the surrounding terrain is dry. Keep dry as soon as the temperature starts dropping in October and keep it perfectly dry in winter at temperatures from 10 to 15 degrees centigrade. Needs good drainage
Propagation: Seeds.