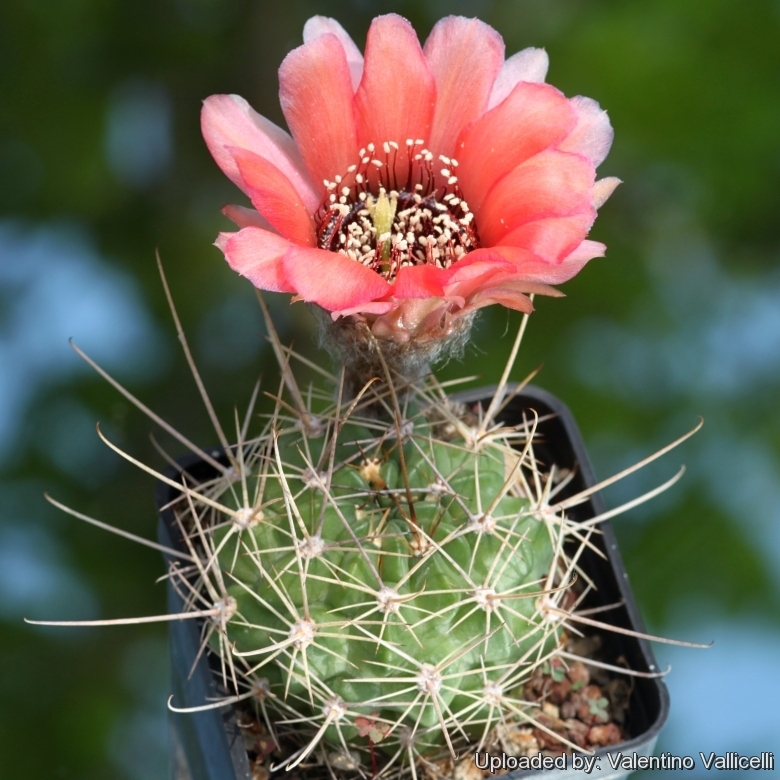 Description: Echinopsis jajoiana var. elegans|SN|16518]] best known as Lobivia jajoiana var. elegans is one of the local form of the variable Echinopsis marsoneri . It distinguishes for its more numerous ribs (about 10), more numerous radial spines (up to 14) and 1 central spine. The flowers are extremely attractive ochre orange to dark purple-red with a purple-violet to black throat. This population is variable.
Habit: It is a small geophytic cactus that usually grows solitary.
Stem: Soft, up to 60 mm in diameter, grey-green, at first spherical, egg-shaped, then elongate as they ages. The crown is slightly depressed and covered with whitish wool
Ribs: 16 compressed, straight running downward or spiralling and divided into slanting tubercles 8-10 mm long, chinned and keeled below, whose arrangement creates the impression of a wavy line.
Areoles: Oval, 5 mm long, white-tomentose.
Spines: Of different length, usually straight or slightly bent, directed upward, pink white with brown tips, later grey.
Radial spines: 8-14, about 1 cm long, thin, somewhat flexible, slightly
bent, pink white with brown tips.
Central spines: 1, strong, up to 3 cm (but sometimeup 4-6 cm), curved or slightly hooked and thickened basally.
Root: Thick taproot.
Flowers: Arising from the basal tubercles on the side of the plant, about 50 mm long and in diameter, ochre orange to dark purple-red with a purple-violet to black hymen (or throat ring of the flower), which is thickened at the edge and glossy.
Fruit and seed: As in the other varieties. 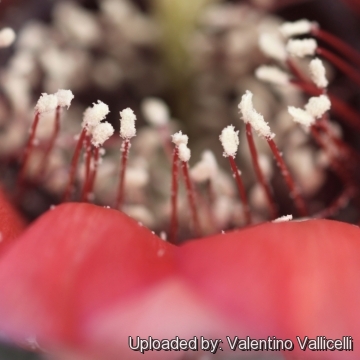 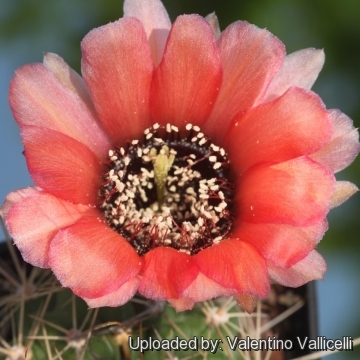 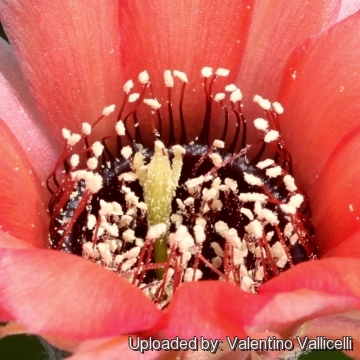