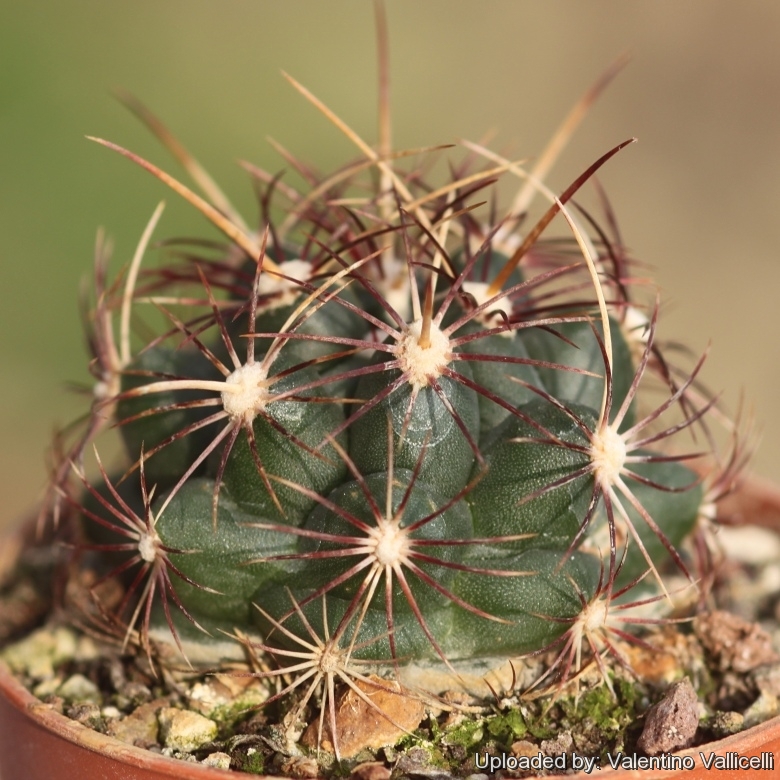 Description: Thelocactus bicolor var. texensis is an invalid name published by Backeberg in 1962 applying to a Texas form, however, such Texas plants show no significant differences from other Texas specimens, plants fitting Backeberg's description cannot be set off from the variety schottii, but intergrade with the others and must be included within that variety, so this does not seem a valid basis for a variety, and the name probably should be dropped.
Habit: It is a globular usually solitary cactus.
Stem: Globose, ovoidal or slightly pyramidal, 8-20 cm tall, 5-12 cm wide.
Ribs: 8, distinct.
Tubercles: Rounded.
Areoles: With glands.
Central spines: 3-4, long, ochre to reddish, straight, acicular, the upper one often very long, somewhat flattened and papery.
Radial spines: 8-18, 10-30 mm long, ochre to reddish, straight or slightly bent inwards, acicular.
Flowers: 55-110 mm wide, magenta with a red throat.
Blooming season: Early spring to autumn.