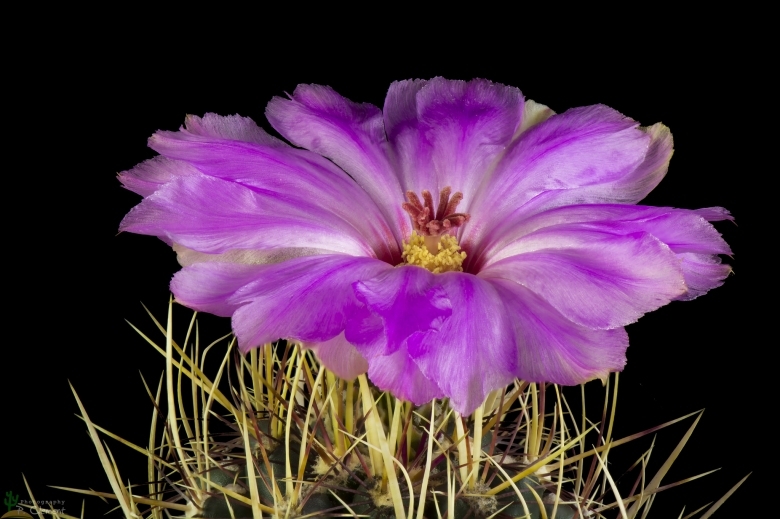 Echinocactus wagnerianus var. A.Berger (Thelocactus bicolor var. wagnerianus) Photo by: Peiffer Clement
This variety is differentiated from Thelocactus bolaensis for its columnar stem, the reddish central spines and the lack of flattened spines.