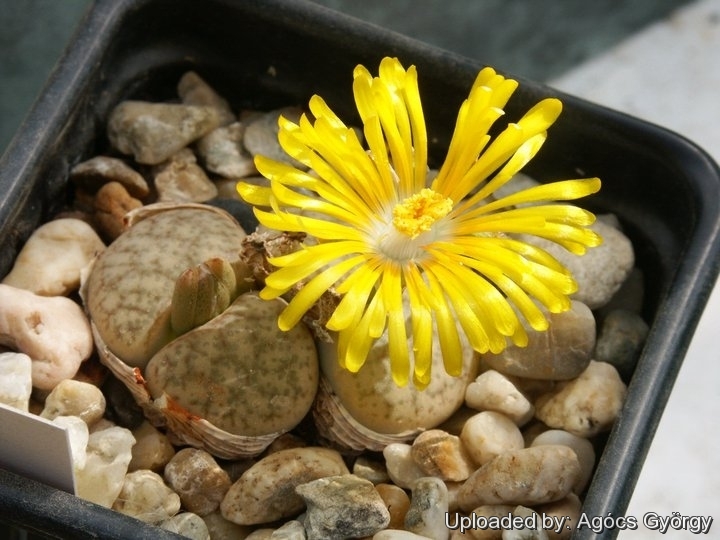 Description: Lithops pseudotruncatella was one of first plant of this genus discovered and for a long time one of the first representative in European collections. Generally this Lithops is characterized by greyish colour with darker ramosely branched marbling on the upper surfaces, but it is also a very variable taxon in which a number of variety and forms has been described. The status of these is uncertain.
Desmond Cole field number C315: This population distinguishes for having beige tinted bodies with a broken network of irregularly branching lines or dendritic markings, which are more or less confluent, forming grooves, coloured rust-brown.

Subspecies, varieties, forms and cultivars of plants belonging to the Lithops pseudotruncatella group