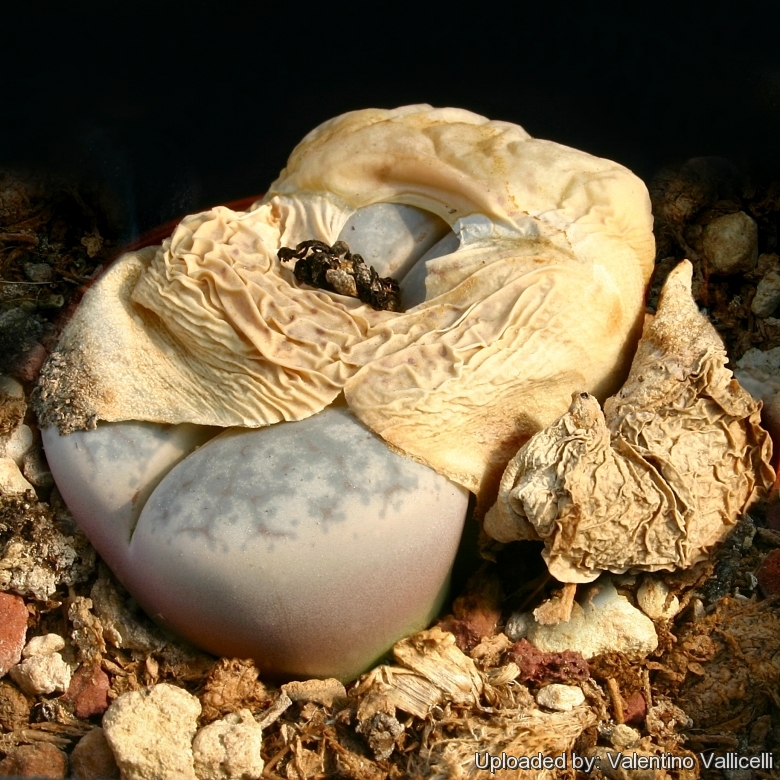 Lithops volkii (Lithops pseudotruncatella subs. volkii) Photo by: Valentino Vallicelli
Each year two leaves are produced at right angles to the old pair of leaves. The growth period ends when the yellow blossoms come out of the cleft.

Description: Lithops pseudotruncatella is a very free- growing species, forming clumps. It was one of first plant of this genus discovered and for a long time one of the first representative in European collections. Generally this Lithops is characterized by greyish colour with darker ramosely branched marbling on the upper surfaces, but it is also a very variable taxon in which a number of variety and forms has been described. The status of these is uncertain. The body is medium to very large, solitary or variously branched with more of 20 heads. Facial diameters 25-50 X 20-35 mm and up to 4 cm tall.
Flowers: Yellow (occasionally white), medium to very large, up to 50 mm Ø, mostly 25-40 mm Ø.

Subspecies, varieties, forms and cultivars of plants belonging to the Lithops pseudotruncatella group

Notes: In the winter season the plant doesn’t need watering, but they will still be growing, the new bodies will be increasing in size as the old outer leaves begin to shrivel. In fact the plant in this time extracts water and nutrient stored in the outer succulent leaves, allowing them to dehydrate relocating the water to the rest of the plant and to the new leaves that form during this period until the old leaves are reduced to nothing more than "thin papery shells". 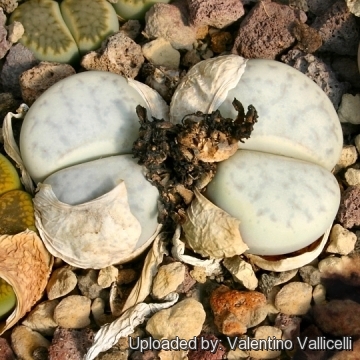 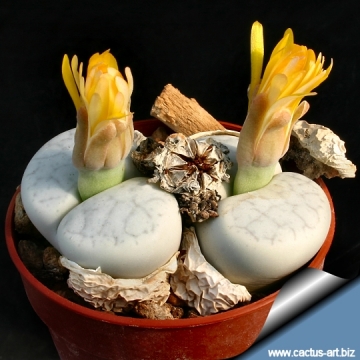 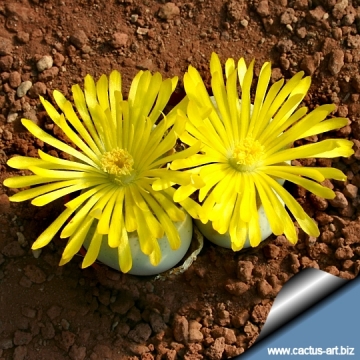 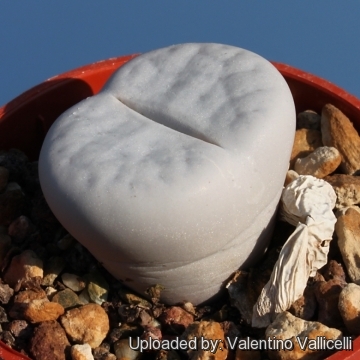