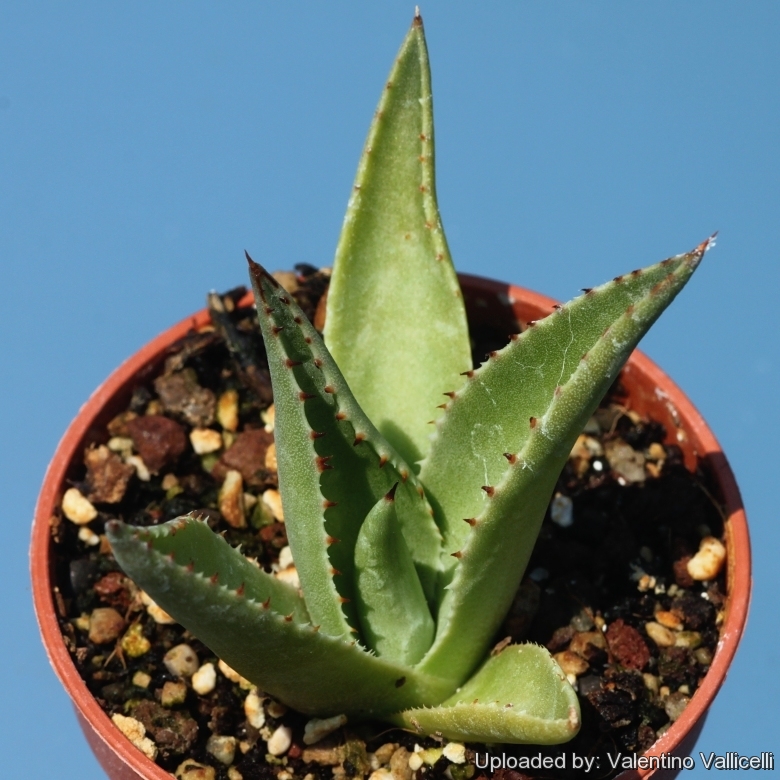 Cultivation and Propagation: Agave × glomeruliflora is a wonderful cold-hardy Agave that with care and the correct cultivation will survive in UK gardens through the cold wet rigours of a British winter. It suckers, but tends to be slow to sucker, so easy to keep control of. Because of its compact size, plus its low water use and low maintenance, it is considered a good landscaping plant for desert residential landscaping.
Growth rate: Slow to medium growing, but speeds up considerably given the best conditions.
Exposure: They do well in full sun or a lightly shaded area with afternoon shade.
Soil: They do best in very well-drained, sandy or gravely soil. As an ornamental it is also grown in containers where it stays smaller than its outdoor brethren. In pots they need a very porous mix soil (e.g. 2 parts peat moss to 1 part loam to 1 part of pumice).
Repotting: Use pot with good drainage.
Fertilization: They grows quickly if kept well nourished with a slow release fertilizer specifically formulated for cactus and succulents applied once or twice a year (poor in nitrogen), including all micro nutrients and trace elements.
Hardiness: Agave × glomeruliflora is hardy to -7 to -12° C depending by clones.
Scenography: These striking plants are wonderful when used for accent or simply to provide some all year round foliage and often used in a pot as a patio plant, can be moved around to change the scenery or position to give more shelter.
Traditional uses: This plant was called Mescal in association with the Mescalero tribe of the Native American Apache who roasted and ate the plant.
Pest and diseases: Very hardy but susceptible to fungal attack The key - as with all the cold-hardy succulents - is to ensure they have perfect drainage with little soil so that rainwater quickly passes past their roots and doesn't stand.
Warning: The spines along the sides of the leaves are retrorsely barbed, each barb arching backward; should one become embedded in the flesh of your finger, it would not come out easily.It
Propagation: Seeds or suckers which often are found growing around the base of the plant, Remove the basal suckers (if available) in spring or summer and let the cuttings dry for a few days before inserting in compost.