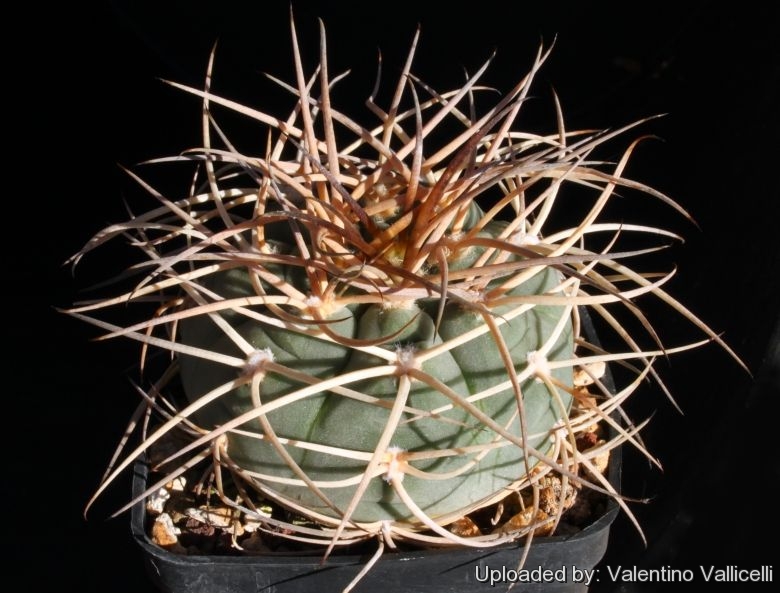 Origin and Habitat: Bolivia (Tarija and Chuquisaca)
Altitude: 1800 to 3200 metres above sea level.
Habitat: This cactus grows on rather rich and water-absorbing sandy, gravelly and rocky terrains among scrubs predominantly on plain ‘meadows’ rather than slopes, though without a trace of grass. In the same area it is possible to find other cactus and succulent species like: Parodia carrerana and Parodia fulvispina. This species is scarce in several locations, but in others it is abundant. The major threat is the expansion of agricultural land and cattle ranching, the animals eat and trample on the plants. Illegal collection poses a threat to a lesser extent.

Description: Gymnocalycium spegazzinii subs. cardenasianum is a solitary, slowly growing cactus, densely covered with incredibly strong twisted spines pointing sidewards and downward.
Stem: Grey green, compact, globular up to 12 (-15) cm wide 10 cm tall in cultivation (in nature it is partially underground) with a slightly concave woolly apex. Will not (usually) offset.
Spines: Long, stout, eagle claw-shaped, typically-twisted, up to 6cm long. Usually whitish or pale brown.
Flowers: Open petaled, funnel-shaped, about 4(-7) cm in diameter, 3(-5) cm tall and pinkish in colour. They grow near the apex. The flowers of Gymnocalycium cardenasianum have a tough time trying to force themselves through the fierce spines, and is quite rare to see an open flower because the spines prevent the flowers from opening properly.
Blooming season: They will bloom at an early age and bloom sparingly in mid-summer. 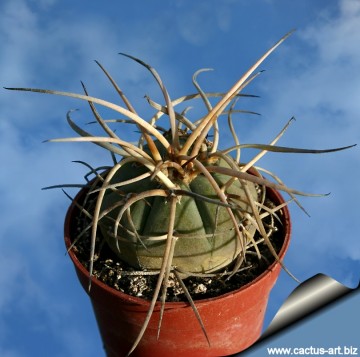 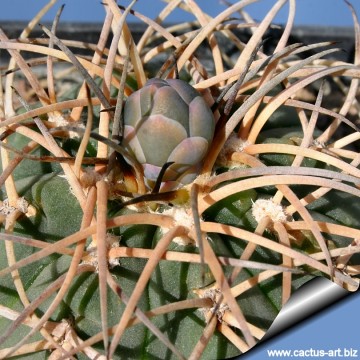 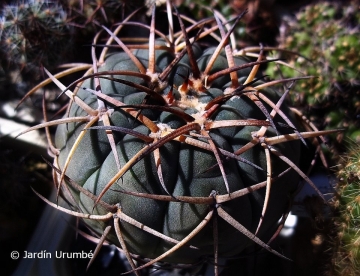 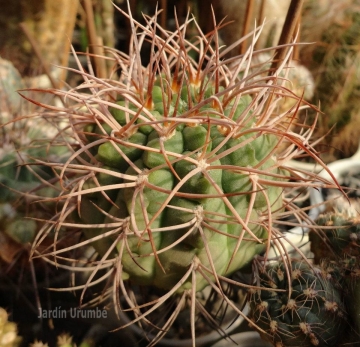 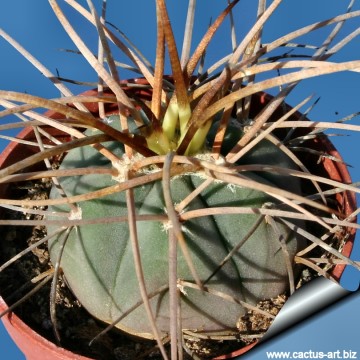 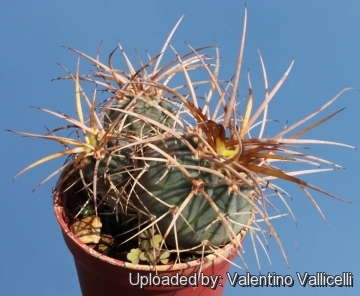 by Valentino Vallicelli
There are a total of 16 Photos.
Click here to view them all!
Cite this page: "Gymnocalycium cardenasianum" Text available under a CC-BY-SA Creative Commons Attribution License. www.llifle.com 14 Nov. 2005. 02 Jul 2022. </Encyclopedia/CACTI/Family/Cactaceae/995/Gymnocalycium_cardenasianum>