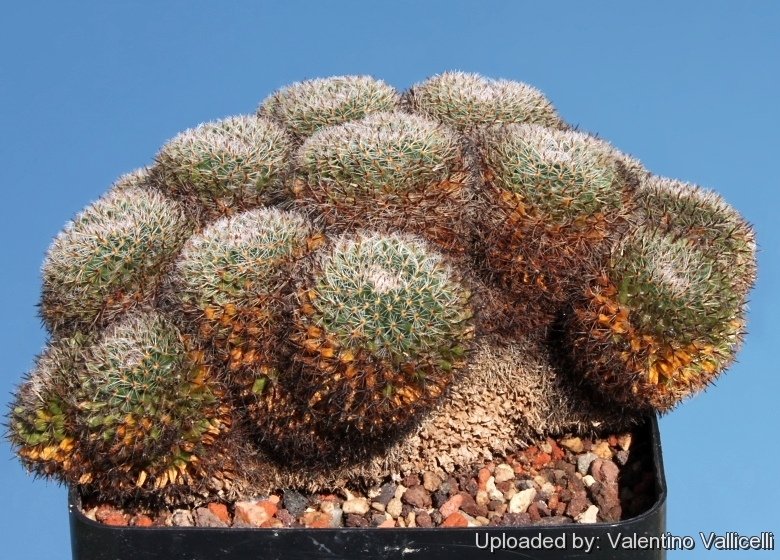 Origin and Habitat: Chihuahua, Sinaloa, and Sonora, Mexico.
Altitude: 450 to 1750 metres above sea level.
Habitat and Ecology: The species is widespread and common in the mountains in rocky slopes, in foothill thorn scrubs, in low dry forest and in pine-oak woodlands together with Mammillaria gueldemanniana. There are no threats to this species.

Description: Mammillaria standleyi is a very variable species with white wool between the tubercles, particularly towards the apex, with white radial spines and brownish centrals. It form a complex of related species along with Mammillaria canelensis, Mammillaria hertrichiana, Mammillaria miegiana, Mammillaria montana, Mammillaria movensis, Mammillaria sonorensis, Mammillaria tesopacensis, & several more. It is still unclear whether this variable complex is one or several species. There is so much variation in characters such as spination, woolliness, and flower colour that most authors choose to lump them together until further studies are done.
Habit: Plants usually solitary but at times forming large clumps of nearly 1 meter wide, densely covered
with spines;
Stems: Flattened globose, pale green, up to 10 cm in diameter, occasionally dichotomously branched.
Tubercles: Firm, conical, keeled, with latex.
Axils: More or less woolly when young, later with five to seven white bristles, the flowering and fruiting axils are filled with dense white wool.
Central spines: (2-)4, reddish brown, longer and stouter than the radials, erect, 5-9 mm long.
Radial spines: About 16, slightly spreading, white with darker
tips, 4-8 mm long.
Flowers: Funnelform, purplish red, rather small up to 12 mm long and in diameter. Inner perianth-segments oblong, entire; filaments pale; stigma-lobes green;
Fruits: Club shaped, scarlet, 12-16 mm long.
Seeds: Brown. 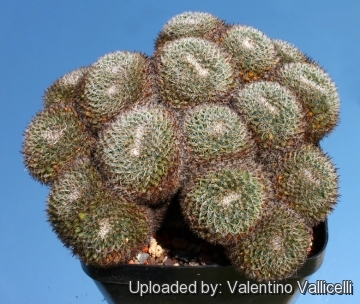 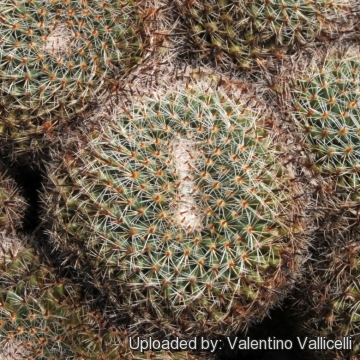 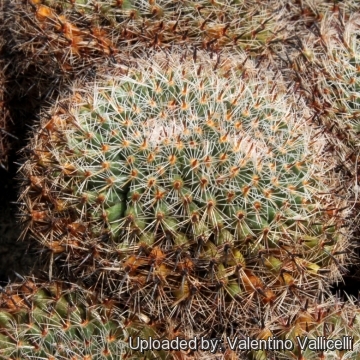 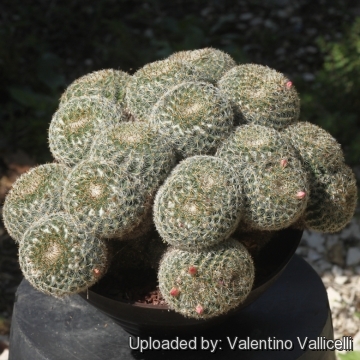 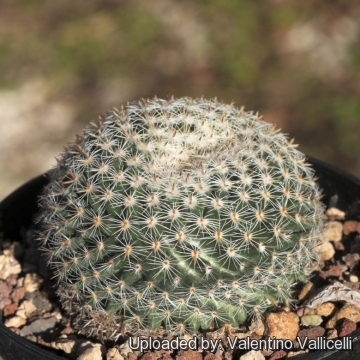 Mammillaria standleyi Photo by: Valentino Vallicelli
Send a photo of this plant.