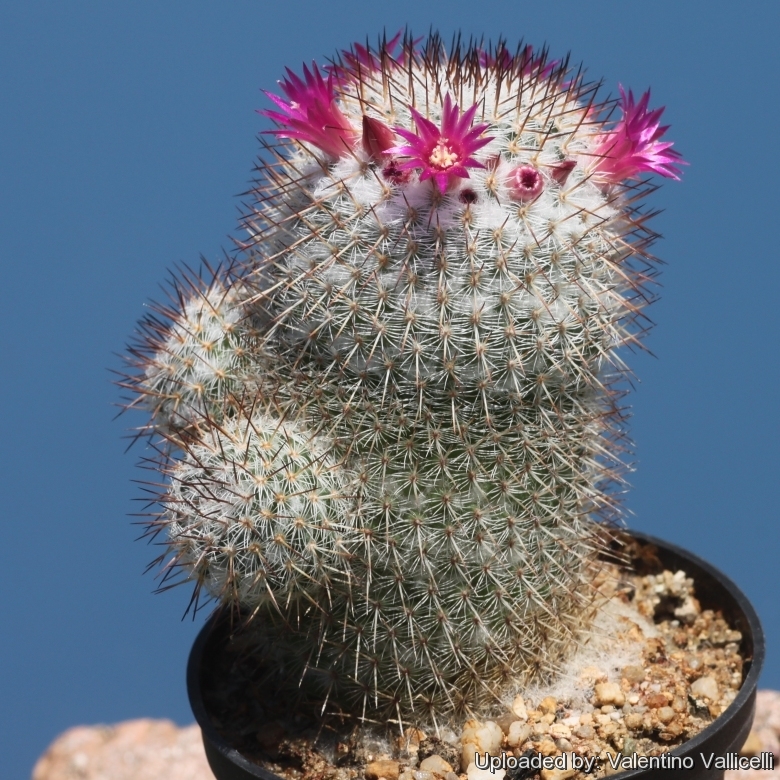 Description: Mammillaria floresii is one of the several controversial form of the very variable Mammillaria standleyi which form a complex of related species along with Mammillaria canelensis, Mammillaria hertrichiana, Mammillaria miegiana, Mammillaria montana, Mammillaria movensis, Mammillaria sonorensis, Mammillaria tesopacensis, & several more. It is still unclear whether this variable complex is one or several species. There is so much variation in characters such as spination, woolliness, and flower colour that most authors choose to lump them together until further studies are done.
Habit: Plants usually solitary but at times forming clumps.
Stems: Globose to elongate.
Central spines: (2-)4, reddish brown, longer and stouter than the radials, erect, 5-9 mm long.
Radial spines: few to up to 16, slightly spreading, white with darker tips, 4-8 mm long.
Flowers: Funnelform, purplish red, rather small up to 12 mm long and in diameter. 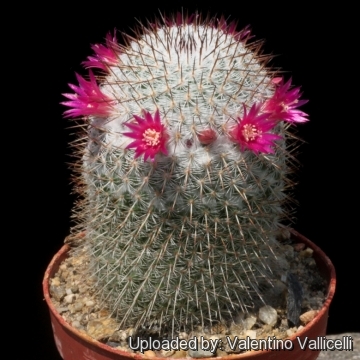 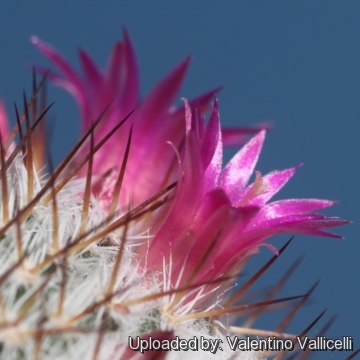 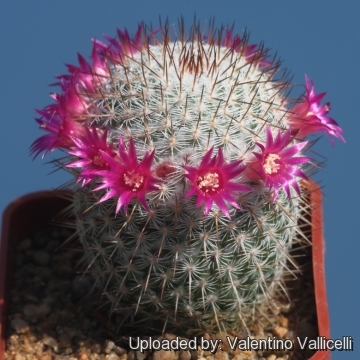 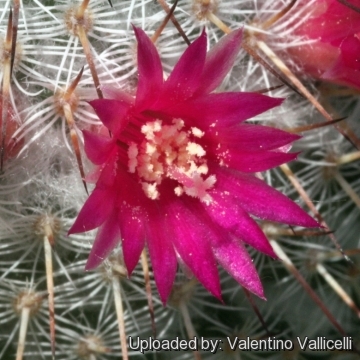