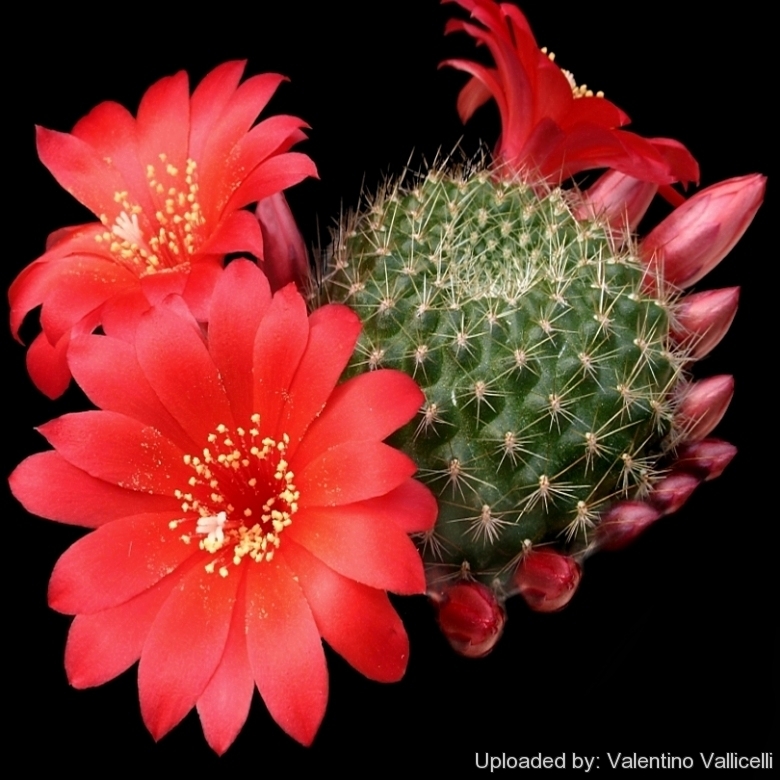 Description: Clumping globular cactus, up to 7 cm in diameter and up to 10cm tall. It can grow clumps 10-15cm wide. The specially notable characteristics of this cactus are its dark stem colour, emphasized by the small, white areoles, and its large, intensely red, yellow throated flowers, reminding one of red daisies. Rebutia krainziana has now been lumped under R. marsoneri as a synonym of Rebutia marsoneri.
Stem: Up to 5 cm, globose, dark green, that begins to offset in about its third or fourth year, eventually making a moderately tight clump, with the individual stems standing out a little on their own.
Tubercles: In two downward spirals, in ratio 8:13.
Spines: Small, snow-white, very thin, very short, and soft, but they can still poke.
Flowers: A larger crop of flowers, 3.5 cm wide, develops from the base of each head, resulting in a superb display in mid season. The ''normal'' form has bright orange-red flowers, however other flower colours have recently been seen on the market. The new flowers form ranges in shades from dark red, to orange, yellow or white, and at first they were thought to be hybrids, but they also could be simply natural colour variations.
Blooming season: It is usually one of the earliest rebutias to flower in spring.

Subspecies, varieties, forms and cultivars of plants belonging to the Rebutia marsoneri group 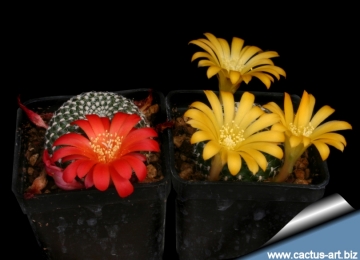 The normal and more frequently seen form has orange-red flowers, but colour variations ranges in shades from dark red to white. Photo by: Cactus Art 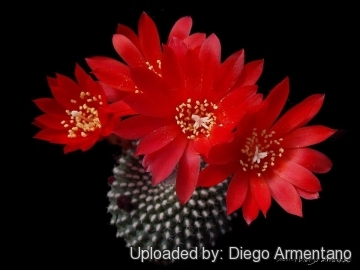 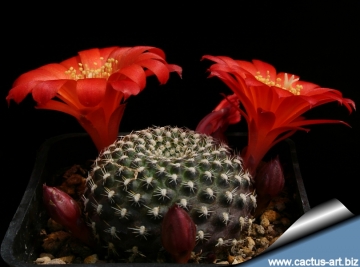 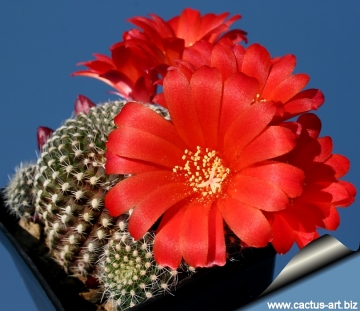 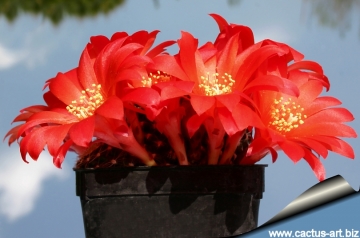 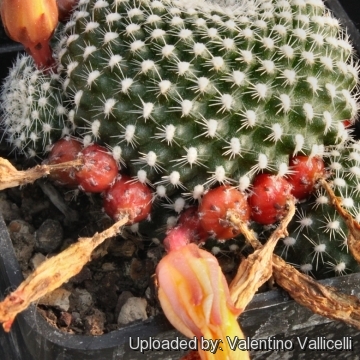 Cultivation and Propagation: Full sun to light shade. Water regularly in summer but do not over-water. Keep dry in winter. Hardy down to -4°C.
It is better that they be repotted regularly. Repotting will increase the number and size of stems, and will increase the number of flowers produced. Repot yearly until it reaches about 100 mm in size, then every two or three years will suffice. Repotting is best done at the end of winter, but it can be done at other time, too. Do not water for a couple of weeks after repotting, in order to reduce risk of root rot via broken roots.