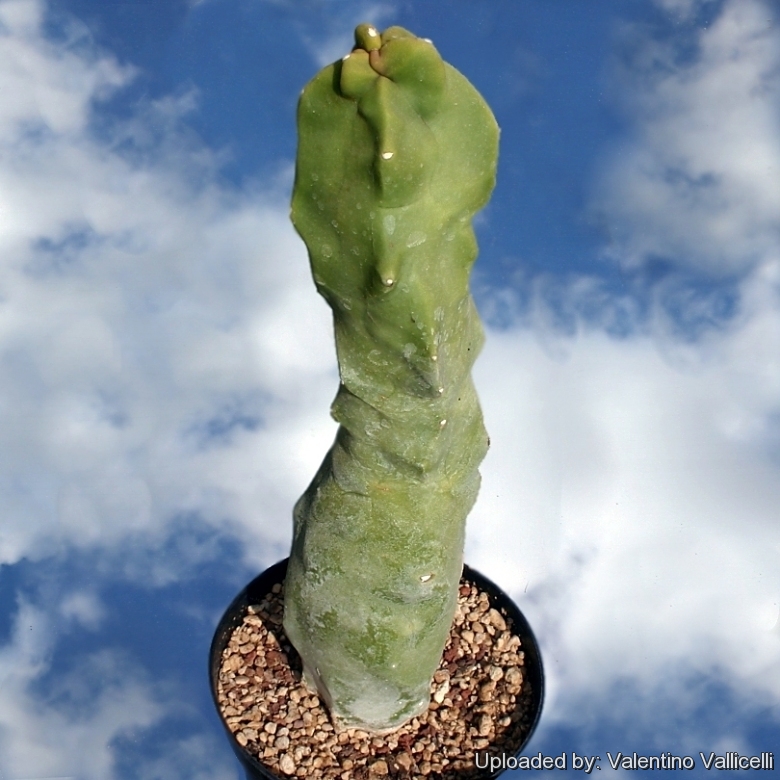 Description: L. schottii var. monstrosus 'forma mieckleyanus' is a slow-growing usually trunkless cactus that forms numerous tall, ascending, columnar stems which branch at the base in a candelabra-like arrangement. Stems have a waxy bloom on the surface and reach a height of 3-4 metres (but can grow up to 7m high) and are 10 to 12cm in diameter. This mostruos mutation has variable, irregularly shaped ribs whit sparse areoles. This form has thinner stems with less tubercles. Stems are ascending but not straight with irregular bumps, slim, lightly pruinose, and also branch just from the base and occasionally at higher levels, reverting sometimes to normal species growths. Some stems reach 6m, but they usually remain smaller (from 2 to 3m tall). The flowers are virtually unknown. The stems mark quite badly with age, due to weathering and old age. 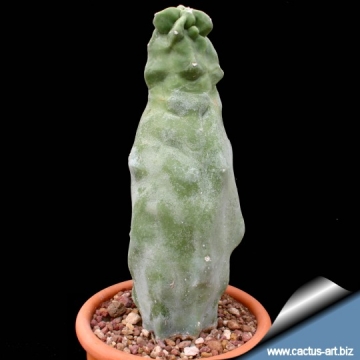 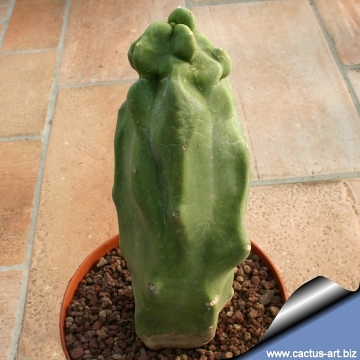 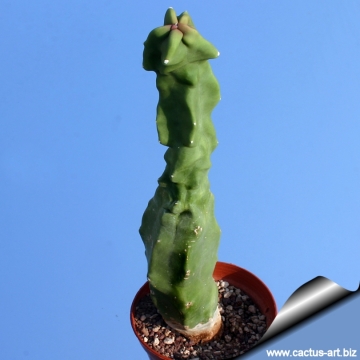 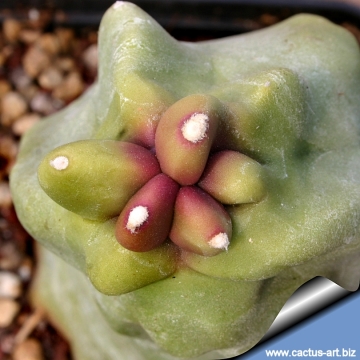 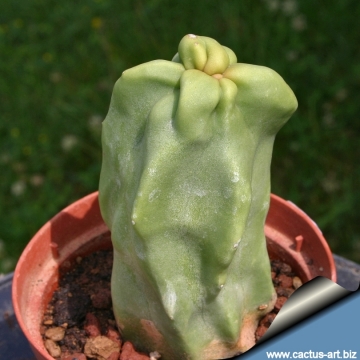 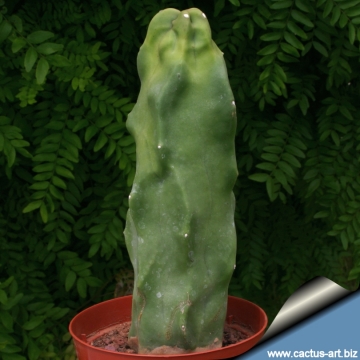 Cultivation and Propagation: This species presents no problems in cultivation and will do well in a sunny spot in a cactus house. These plants will tolerate extreme sun and heat, but not extended periods of frost. They can survive to a minimum temperature of -4, but the growing tips need protection. The monstrose form is more frost sensitive and should not be kept at less than -0°C . They will tolerate severe drought if they have a large colony of stems. Grow them in rich, porous, sandy soil, and let their soil dry out between waterings. If potted, repot in the spring, if their roots become cramped. Generally, they should be repotted every other year in order to provide fresh soil. However, this doesn't necessarily mean they'll need larger containers. Fill about a quarter of the pot with broken crocks, gravel, etc. to promote good drainage. After repotting, do not water for a week or more. The monstrose plants enjoy a warm sunny environment and for more speedy growth a light position on a higher shelf with light feeding and rainwater given to the bottom of the plant will ensure success, especially with rooted detached branches, which do well in these conditions. Often plants can be seen with a root or two projecting from a lower stem. Plants in cultivation will begin to get a bit tatty after several years, and if you wrap an offset in newspaper and send it to your friend through the post, it will probably get marked anyway.
Propagation: L. schottii var. monstrosus 'forma mieckleyanus'' does not apparently flower or seed. All specimens also in cultivation must at one time have been propagated vegetatively. It can be increased by cuttings, which will take root in a minimum temperature of 20° C. Cuttings of healthy shoots can be taken in the spring and summer, Cut the stem with a sharp, sterile knife just above a bud or shoot (a 7-20 cm long tip or branch is most suitable for propagation). Leave the cutting in a warm, dry place for a week or weeks (depending on how thick the cutting is) until a callus forms over the wound. Once the callus forms, the cutting may be inserted in a container filled with firmed cactus potting mix topped with a surface layer of coarse grit. They should be placed in the coarse grit only; this prevents the cut end from becoming too wet and allows the roots to penetrate the rich compost underneath. The cuttings should root in 2 to 6 weeks.