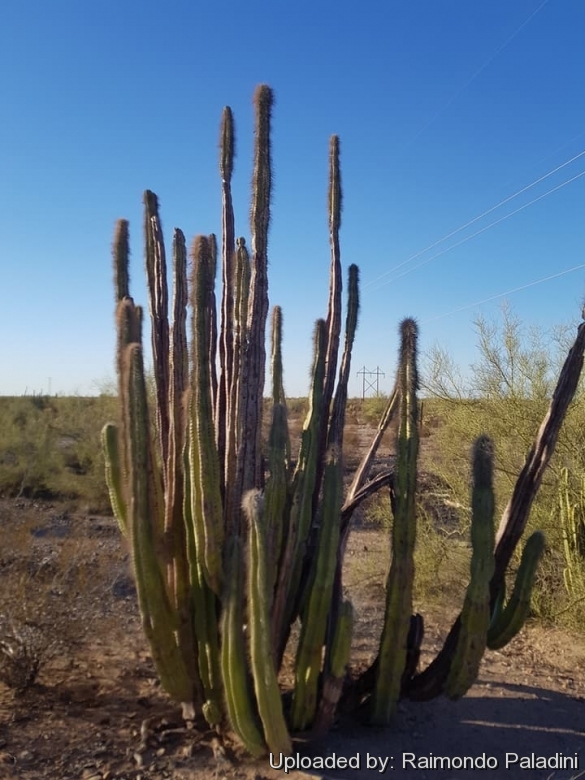 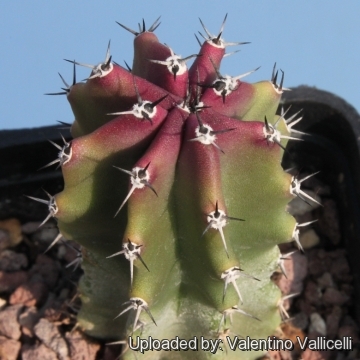 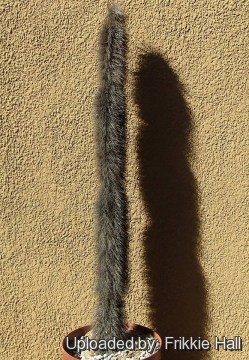 - This is a side arm of the normal form of Lophocereus schottii. The plant starts off with clean branches, but when it is mature to flower, it starts to produce spines. It does not make a cephalium, it just flowers normal. All the spines are downward pointing, so possibly do this to prevent rodents to eat the fruit, but rather have it distributed by birds over greater distances. (Pachycereus schottii) Photo by: Frikkie Hall 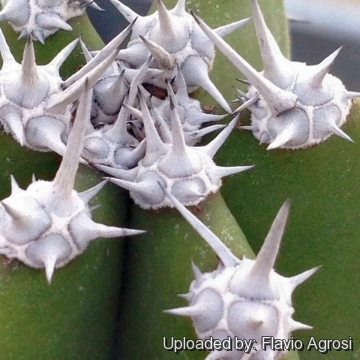 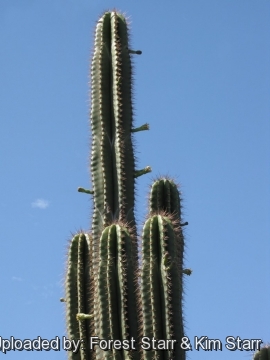 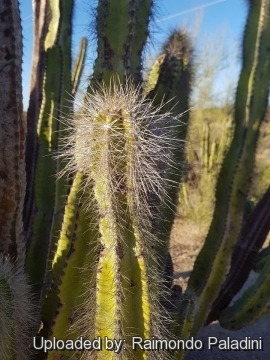 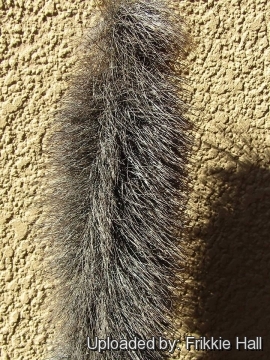 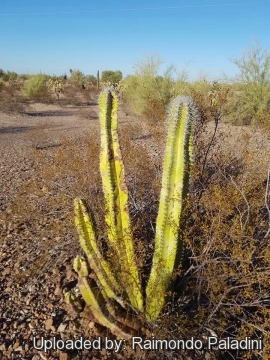 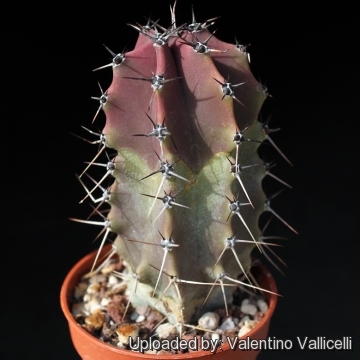