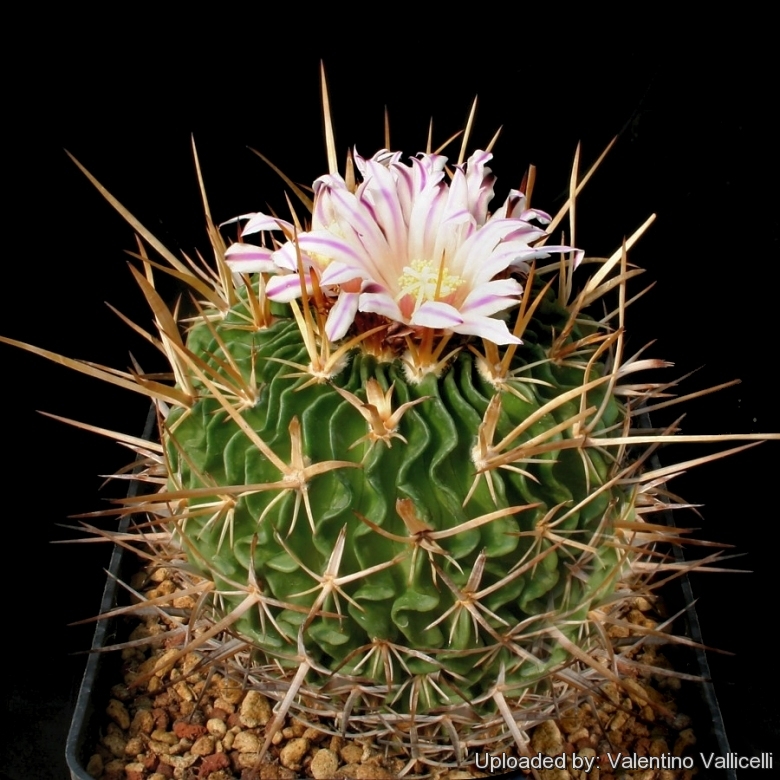 Efossus gladiatus (Stenocactus gladiatus) Photo by: Valentino Vallicelli
It is an outstanding species with its strikingly beautiful, sword shaped flat spines. This plant will bloom even when quite small but need a lot of sun. 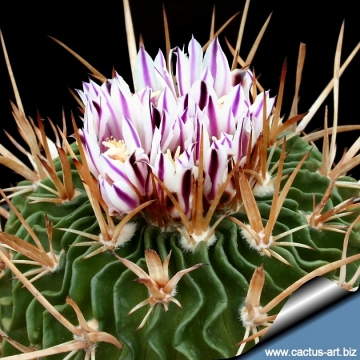