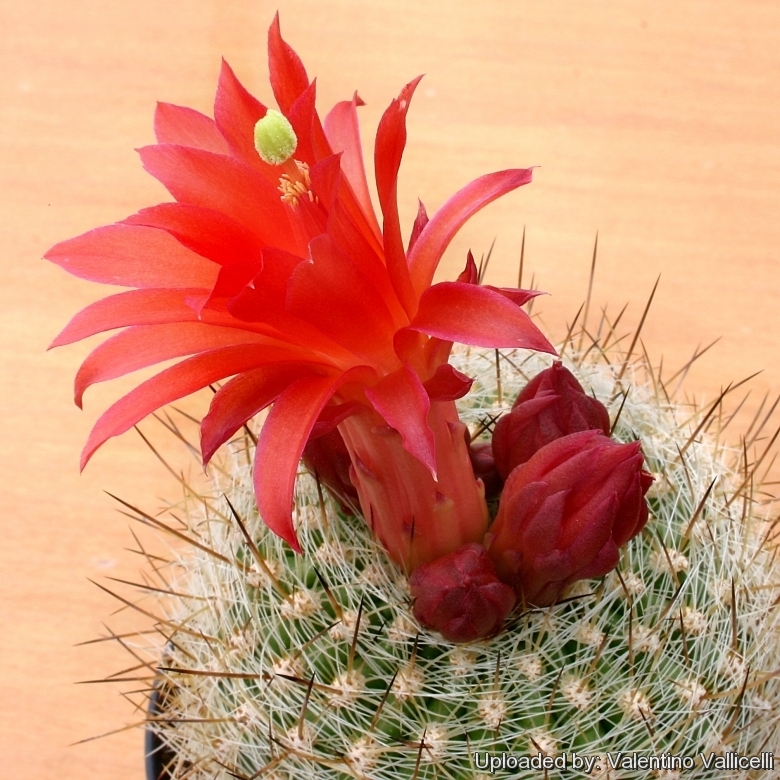 Description: Matucana herzogiana var. perplexa is one of the geographical form of the morphologically variable Matucana haynei subs. Herzogiana distinguishes from the type for the longer and more numerous spines.
Habit: It is a globe-shaped to elongate cactus densely covered by spines. The purple, tubular flowers project beyond the spines and present a most attractive appearance at flowering time.
Stem: Generally single but occasionally many-stemmed, globular to shortly cylindrical, less than 7 cm in diameter, up to 10 cm high, green, densely covered and almost invisible under the numerous spines.
Ribs: Strongly rounded and tuberculate.
Areoles: Set closely together, with an abundance of wool when young, but without any when old.
Spines: Variable, white to pale brown, grey with age.
Radial spines: Numerous, radially sreading, more or less curved, weak, and setaceous.
Central spines: 1 to 4.
Flowers: Apical, dark crimson, up to 7 cm long and 2,5-3,5 cm broad, bilaterally symmetrical to nearly regular, limb scarcely oblique, with a long slender tube; scales on ovary and tube few, small, ovate, naked in their axil. The segments acute, purplish crimson. Filaments bright carmine, anthers yellow. Style bright carmine, stigma-lobes greenish.
Fruit: Small, spherical to club shaped light reddish-green about 1 cm in length. 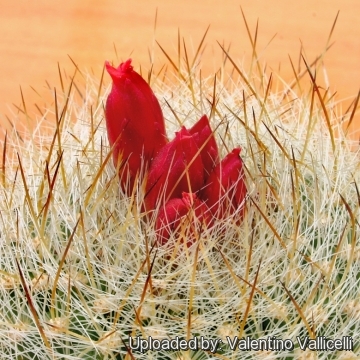 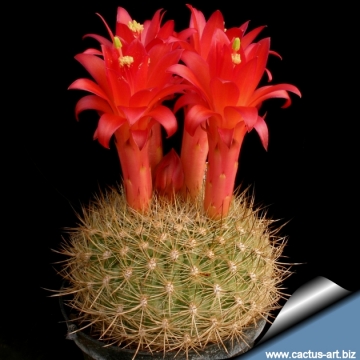 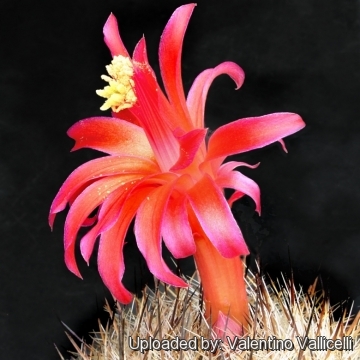 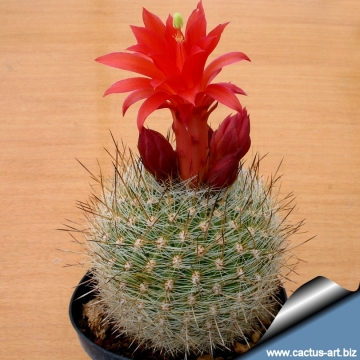 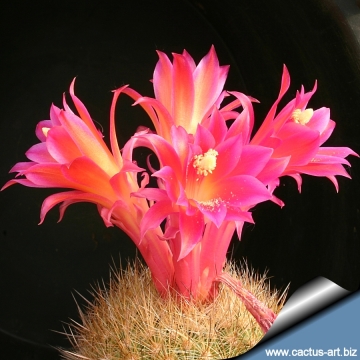