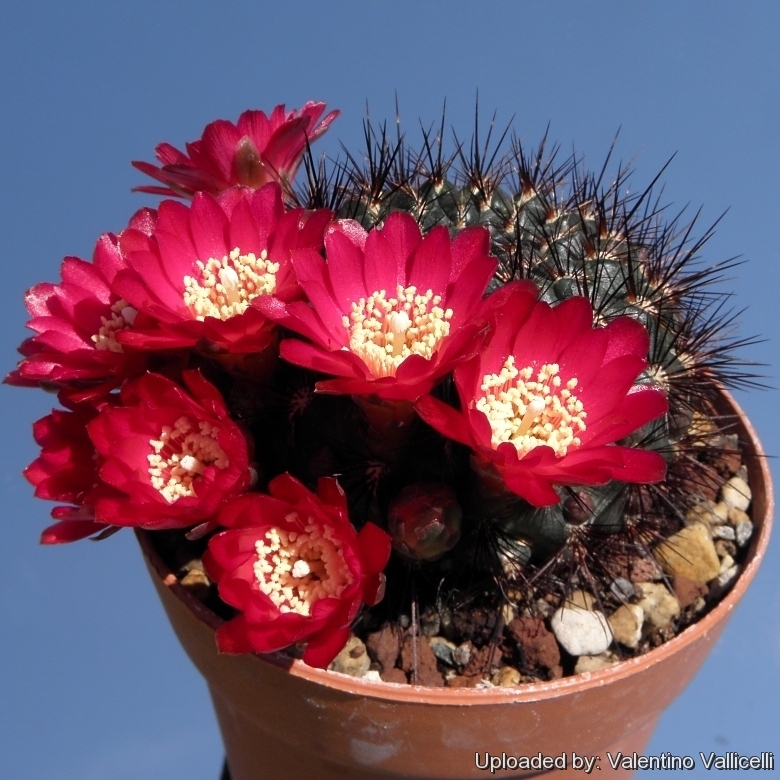 Description: This is one of the larger headed species, solitary or clustering when the main head is about 5-7 cm in diameter and producing a nice patch over time. It distinguish for for the tubercles with chinned bases.
Remarks: This Taxon has lots of synonyms ( like many other cacti) whit several controversial varieties and subspecies and comprises a multitude of different forms, but where each form is linked to others by populations of plants with intermediate characteristics
Roots: It has long tap roots.
Stem: Fresh green in colour, flattened globular, hemispherical or shortly cylindrical, depressed at apex, 9-10 cm tall 6-7 cm in diameter. This species pups at the base.
Ribs: About 20, tuberculate, spiralling; tubercles with chinned protrusions.
Areoles: Elongate, 5-7 mm.
Central spines: 2-4 or more. 5-35 mm long.
Radial spines: 14-18, 5-25 mm long, comb-like and ascending, yellow, reddish, dark brown or black (mostly mahogany red-brown o black spines in subsp. mentosa).
Flowers: Showy that cluster around the lower stem, funnel-shaped with short necks, about 3 cm tall, 3,5 cm in diameter, deep purple or magenta.
Blooming season: Spring.
Fruit: Dark reddish-brown with pale green scales. 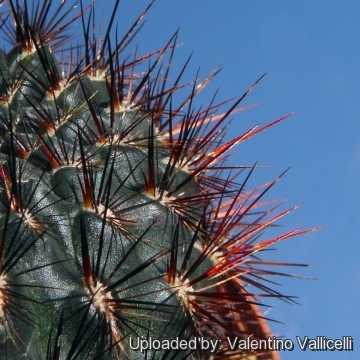 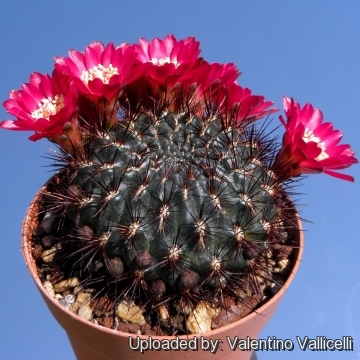 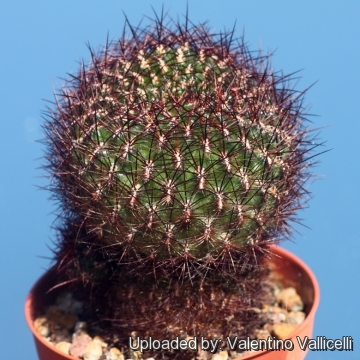 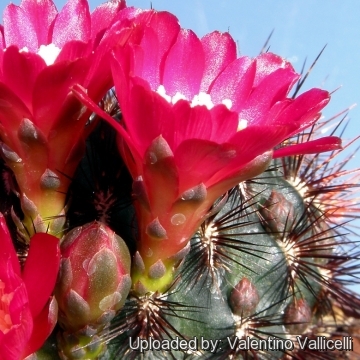 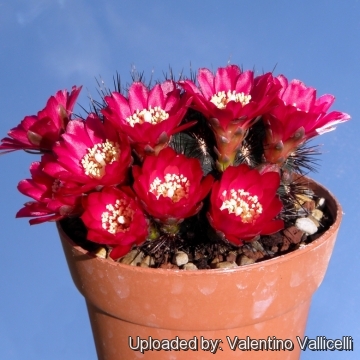 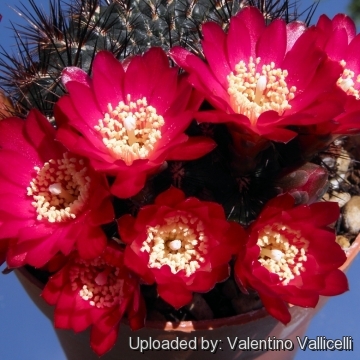 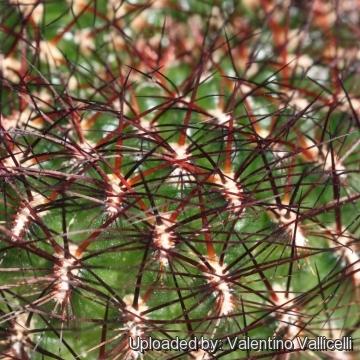 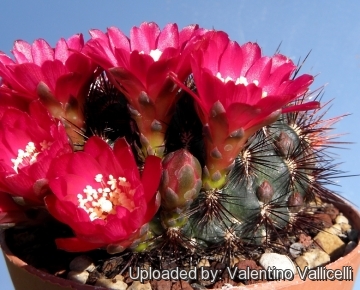