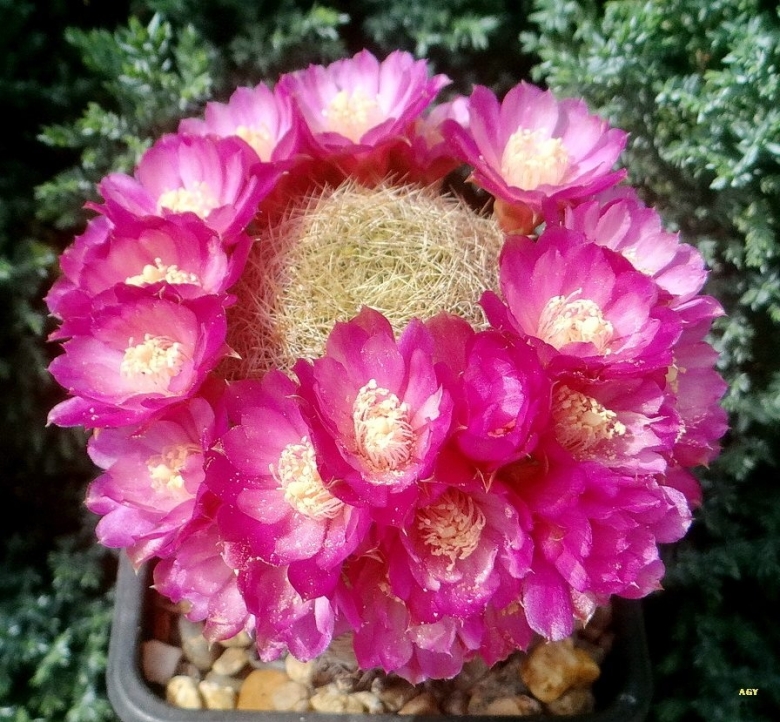 Origin and Habitat: Bolivia (Cochabamba at elevations between 2100-2900 m)
Habitat: It grows in rocky slopes and crevices.

Description: Sulcorebutia albissima (a.k.a. S. albata or S. albida) is one of the innumerable local form of the very variable Rebutia mentosa with squat clustering stems and outstanding purple blooms. Others forms are similar and plants from other localities look more like it.
Habit: It was originally described as solitary, but often clusters in cultivation producing a nice patch over time.
Stems: Globular, flattened, or somewhat elongated-cylindrical in cultivation, up to 6 cm in diameter.
Radial spines: Off-white, greyish, to light brown, pectinately arranged, lying against the surface and interlacing, stiff, needle-like, slightly curved, and the spination of well-grown specimens is pleasing.
Central spines: Usually absent.
Flowers: Several from the base, large intensely coloured glossy dark pink to purple-red.
Blooming season: Flowers are freely produced in spring (like all sulcorebutias) in this species 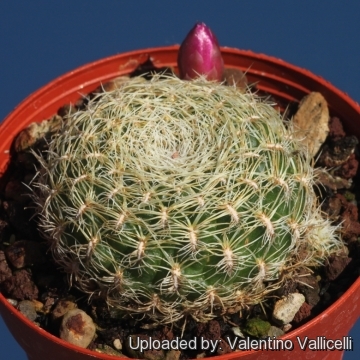 Sulcorebutia albissima Photo by: Valentino Vallicelli
Send a photo of this plant.